The United Palace in Washington Heights is one of the most stunning theaters in the World. Built in 1930 as a vaudeville house and premier movie theater, the theater's glory years were brief and was in decline by the 1960s, when a church purchased and restored it to it's former glory.

In this video from NYC Media, learn more about the amazing landmarked theater in Upper Manhattan.

The United Palace Theater, one of the five Loew’s Wonder Theaters of the 1920s, is bringing film and live entertainment back to the Washington Heights community. 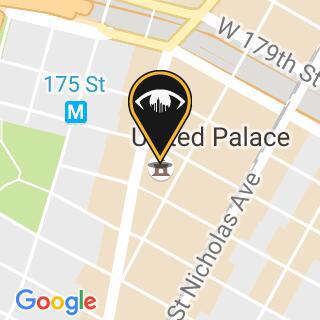