The Grill is an upscale steakhouse and restaurant that opened in the former Four Seasons restaurant space in Midtown. In this video from The Meat Show on Eater, see host Nick Solares explore their uniquely prepared Prime Rib steak.

Watch as host Nick Solares tries the ultimate prime rib with Executive Chef Mario Carbone at NYC's The Grill. Slowly roasted on a spit and served with au jus made from brisket and freshly grated horseradish, could this prime rib be Nick's new favorite? 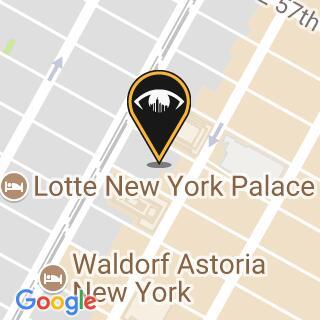