"Nestled under the Manhattan side of the Brooklyn Bridge, Brooklyn Banks is one of New York City's most iconic public skateparks, acting as a skater hot spot since the 1980s. In 2009, the City shut down the park for a maintenance project on the bridge. Now that the project has completed, the fences have come down and the spark has recently reopened to the public, but not exactly the same.

Recently, the equipment was finally moved. And skaters being skaters, the fence was soon cut and pictures began popping up on Instagram. RB Umali, Spencer Fujimoto, Ron Deily, and Akira Mowatt headed down to check it out for themselves and captured some of the first footage from the Banks to see the light of day in nearly 10 years. Unfortunately, the fun was short-lived as the police kicked them out. It’s currently not legal to skate there despite the fact that it was made a public skatepark prior to the bridge renovations. 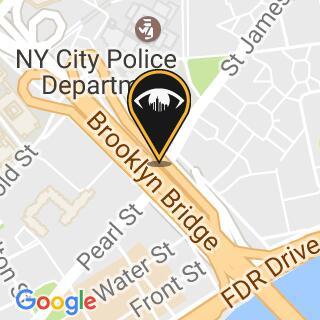