In a new mini-documentary from Tribeca Film, get to know Joe Ficalora, the founder of Bushwick's ever-changing, open-air, street-art gallery, The Bushwick Collective.

Bred in Brooklyn, Ficalora is the founder of the Bushwick Collective, a community of artists who’ve turned the borough’s Bushwick section in a haven for visually stunning and inherent gritty street art. Walk down a Bushwick block and you’re likely to be stepping alongside one of the Collective’s pieces, and you’ll likely gain inspiration as a result. That’s Ficalora’s hope, at least.

Like many of the city’s native sons, Ficalora has endured through heavy trauma—his father was murdered outside the local train station when Joe was in the 8th grade, and watched his mother battle through sickness. Through street art, though, he’s been able to cope. And now he wants others to feel the same way. 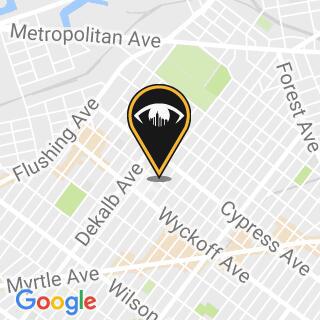