The New York Landmarks Conservancy's Tourist in Your Own Town series explores some of New York City’s best hidden gems as well as some of the classic iconic landmarks. In this video from the series, we take a look at the Riverside Church on the Upper West Side, a gothic church built in the 1920s by the Rockefeller family.

The Riverside Church is one of New York's most prominent religious landmarks. Financed in 1927 primarily by John D. Rockefeller, Jr., this "skyscraper" type church with a 392-foot tower was built to show a strong presence on the Upper West Side skyline. The 20-floor tower also holds 74 carillon bells, including a 20-ton bourdon bell. The church is modeled after the Gothic, 13th century, Chartres Cathedral in France and its nave seats over 2,100 worshipers. 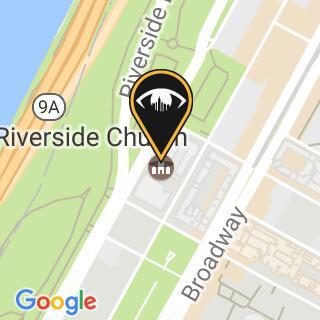