The excellent New York Landmarks Conservancy's Tourist in Your Own Town series explores some of New York City’s best hidden gems as well as some of its classic iconic landmarks. In this video from the series, the conservancy takes a look at the Louis Armstrong House Museum in North Corona, Queens.

One of the world’s most renowned jazz musicians and entertainers; Louis Armstrong lived in this modest Queens home from 1943 until his death in 1971. In 1983, his widow Lucille willed the building and its contents to New York City for the creation of a museum and study center devoted to Armstrong’s career and the history of jazz. 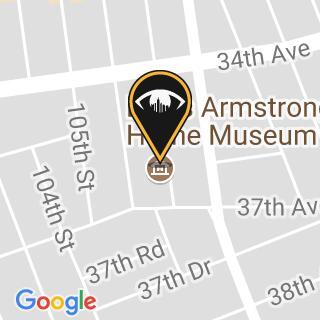