Comedy Central's Broad City is one of the more accurate shows about life in New York City on television.

Fans of the show went out this weekend to North 11th Street and Wythe Avenue to help paint a mural for the show, and our friends over at Bedford + Bowery were there to capture a partial time lapse of the event.

Arturo Castro alert: on Saturday the Broad City star paid a surprise visit to Comedy Central’s public painting party. Castro, who plays Jaime on the show, braved the cold along with Abby’s post-dentist shopping buddy Bingo Bronson to help hundreds of fans paint-by-number a #BC3 wallscape at North 11th Street and Wythe Avenue.

The much anticipated season three of Broad City premieres on Wednesday, February 17 at 10pm on Comedy Central. 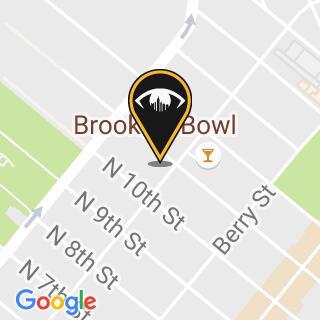