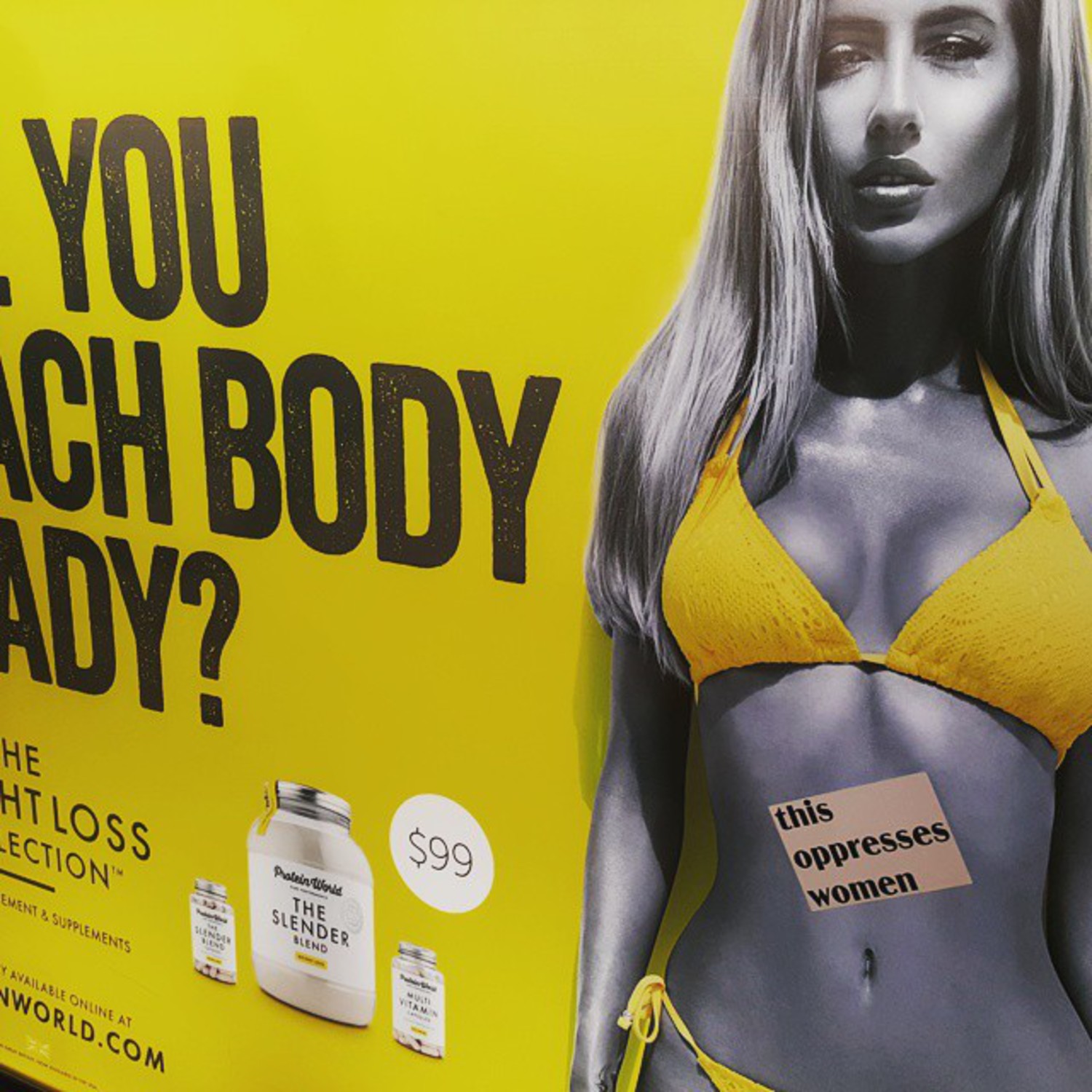 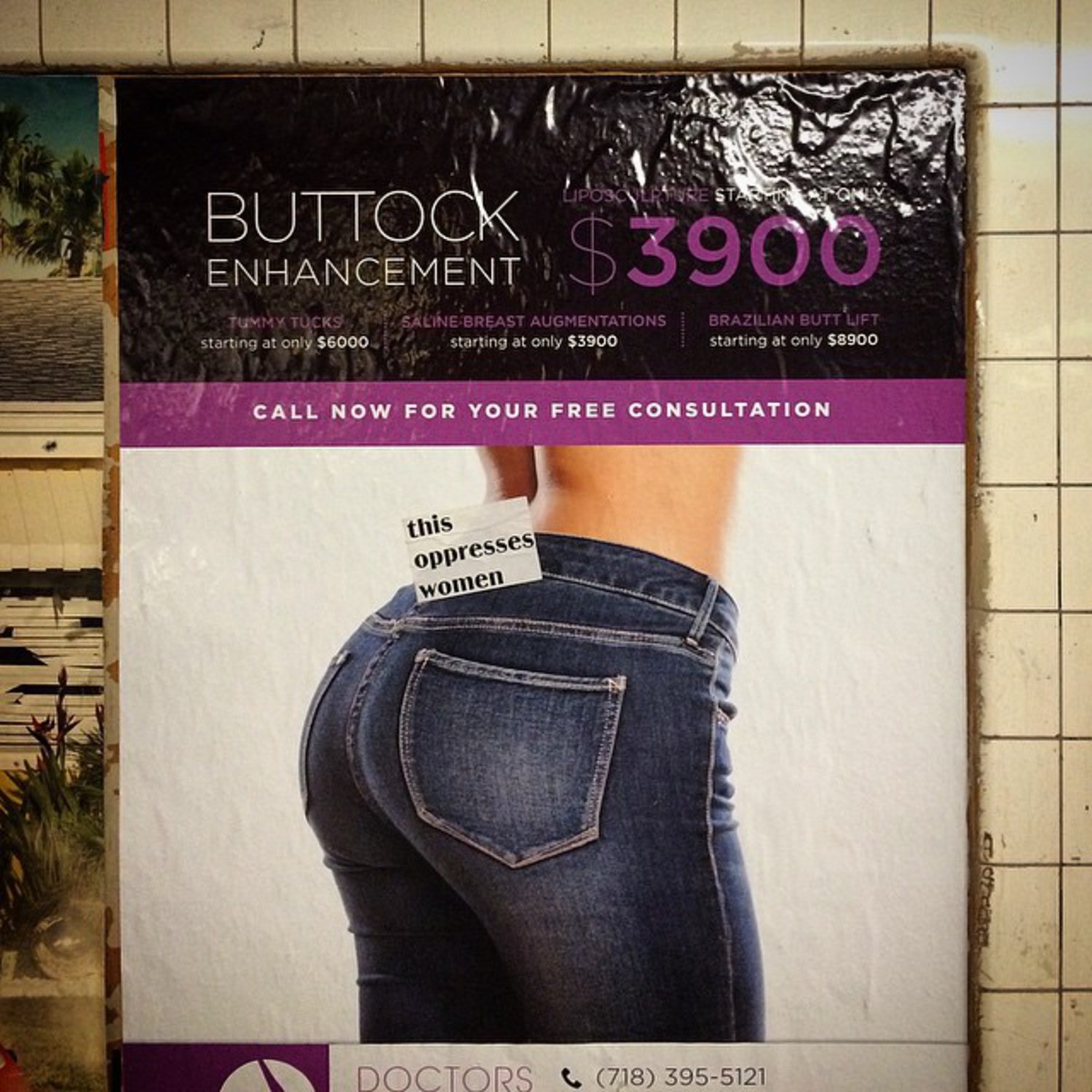 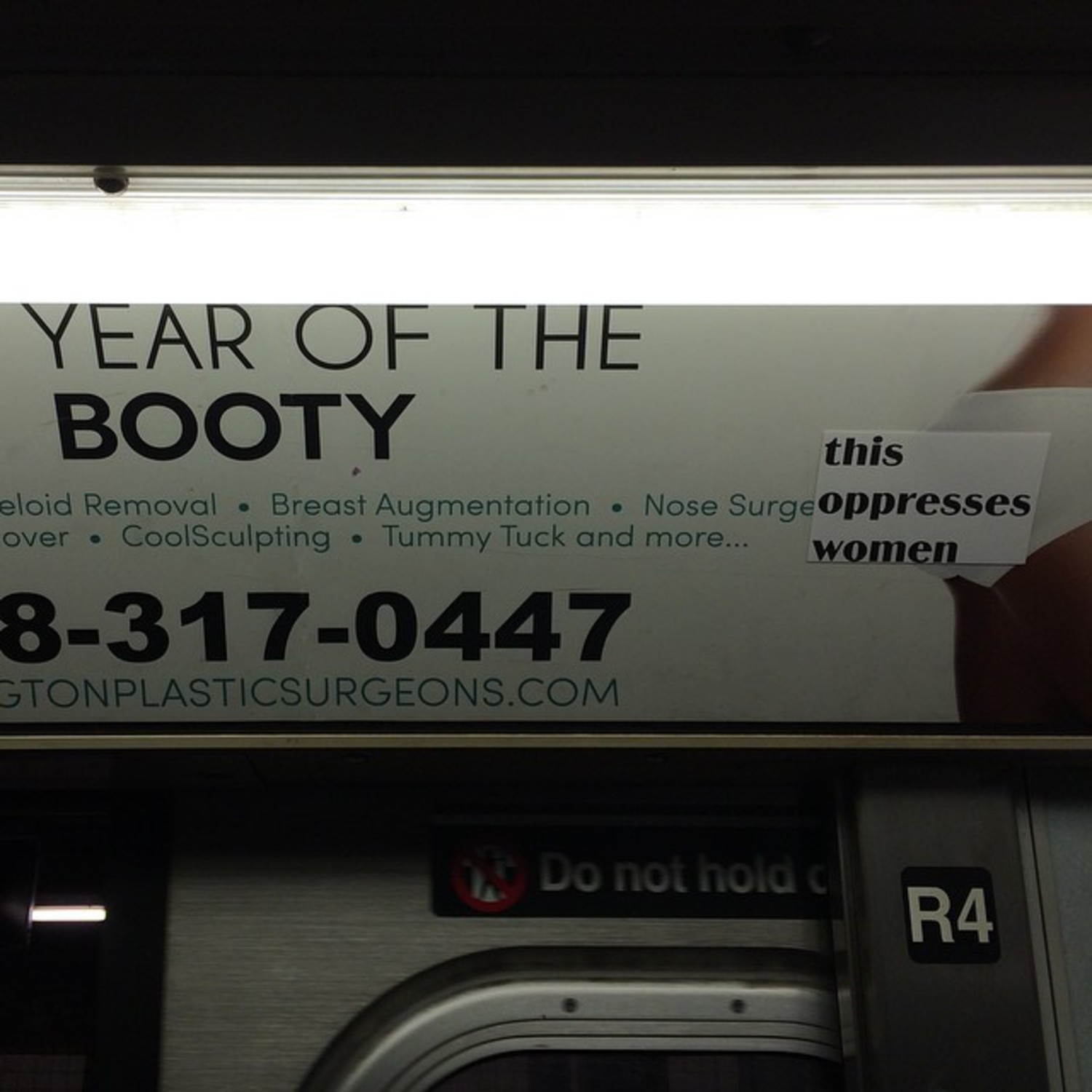 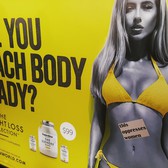 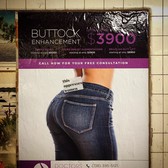 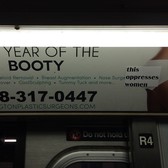 New York's Women’s Liberation (NYWL) group and Redstockings are denouncing the misogynistic advertisements that have been plaguing our City.

The groups are targeting physical ads by placing revived and recreated "This Oppresses Women" stickers on displays that are deemed objectifying.

Women are sick of being bombarded with advertisements that depict women only as sexual objects, Erin Mahoney of National Women's Liberation told The Huffington Post. That use our bodies to sell products. That embolden men to disrespect us. That tell us we are not worthy unless we conform to unrealistic, sexist, racist, and unhealthy beauty standards. Women are fighting back and using the 'This Oppresses Women' vintage sticker to do it. It's exciting.

Stickers are being distributed to a plethora of feminists at protests and NYWL meetings with hopes of raising awareness for the physical and mental effects such advertisements may have on the public.