Imagine going to Brooklyn Bowl on a Thursday night, expecting to enjoy some good DJing by Questlove. Instead you casually stumble upon an Usher concert. Well, if you were at Brooklyn Bowl on June 2nd, then that is exactly what happened.

The only thing people knew what to expect at Brooklyn Bowl last night was that Ahmir "Questlove" Thompson, drummer for The Roots, was DJ'ing and that there would be a "special guest."

The air in Brooklyn Bowl was oozing positive vibes throughout the entire performance. Amidst the flashing blue and purple lights, Usher fans attempted to push and shove their way to the front of the stage. Not that it mattered. The acoustics in the building were so good, you could hear Usher's leggero tenor from the back as if he was standing next to you.

"The show was everything we expected," Detrick Lowman, the stage manager for The Roots, said. "Quest said there would be a special guest and he never let's his audience down." When asked how long they had been planning the show with Usher, Lowman laughed. "I can't tell you that," he said.

Throughout the night, fans were treated to throwbacks such as "Caught up," "Confessions," and "OMG." Most of The Roots members, including Black Thought, were present as well. The music was mixed and mashed to appropriately match Brooklyn's flare.

At the end of the show, Questlove and Usher surprised the crowd by doing a rendition of Usher's critically acclaimed song, "Yeah!" 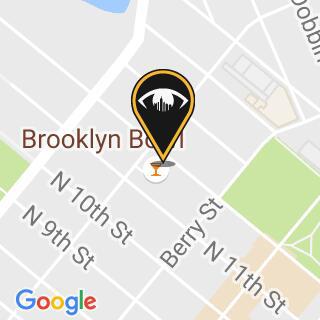 Boogie Down at the Bronx Zoo This Weekend and in May

Is There Something Interesting Happening in Your Neighborhood? Let Us Know!