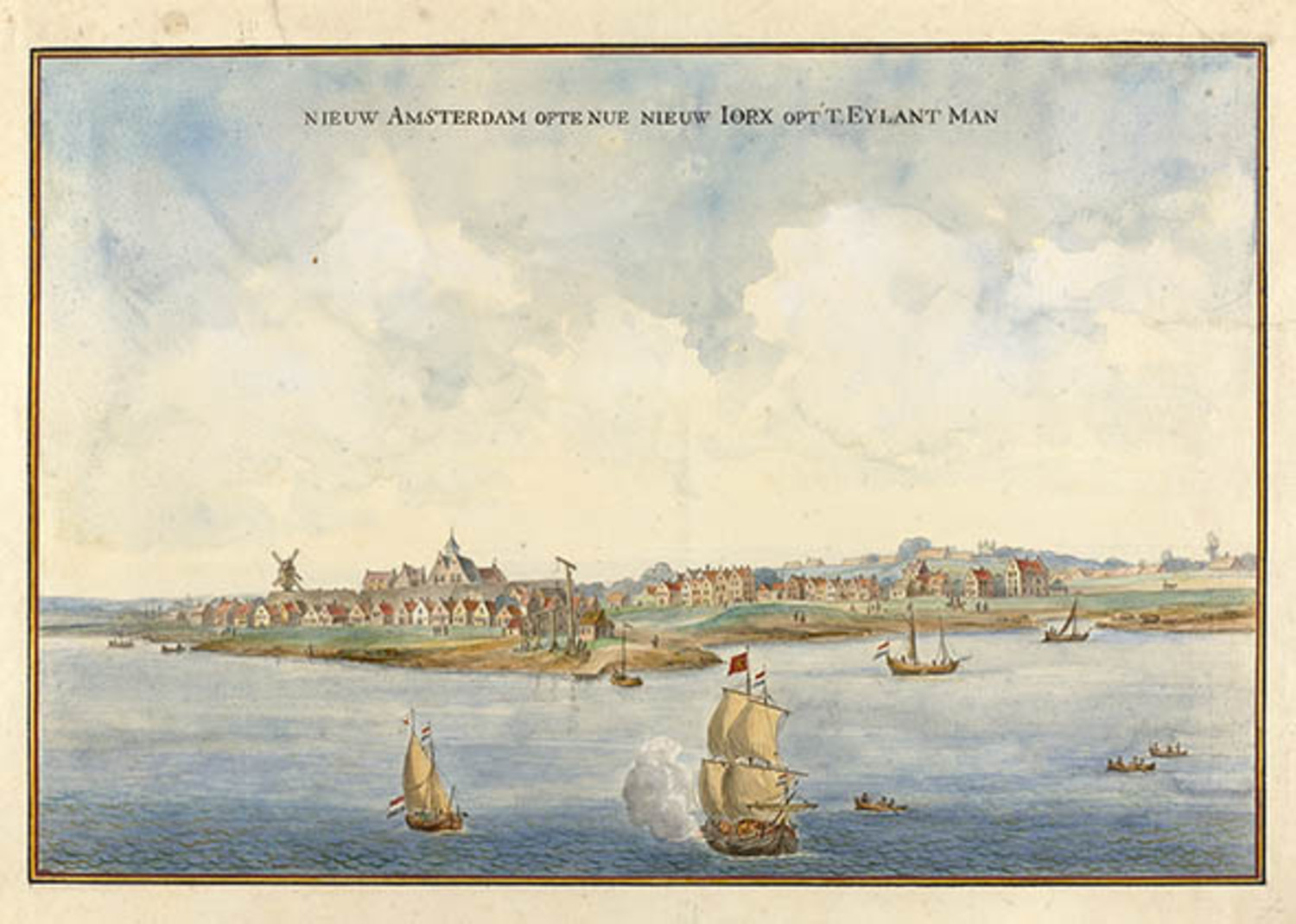 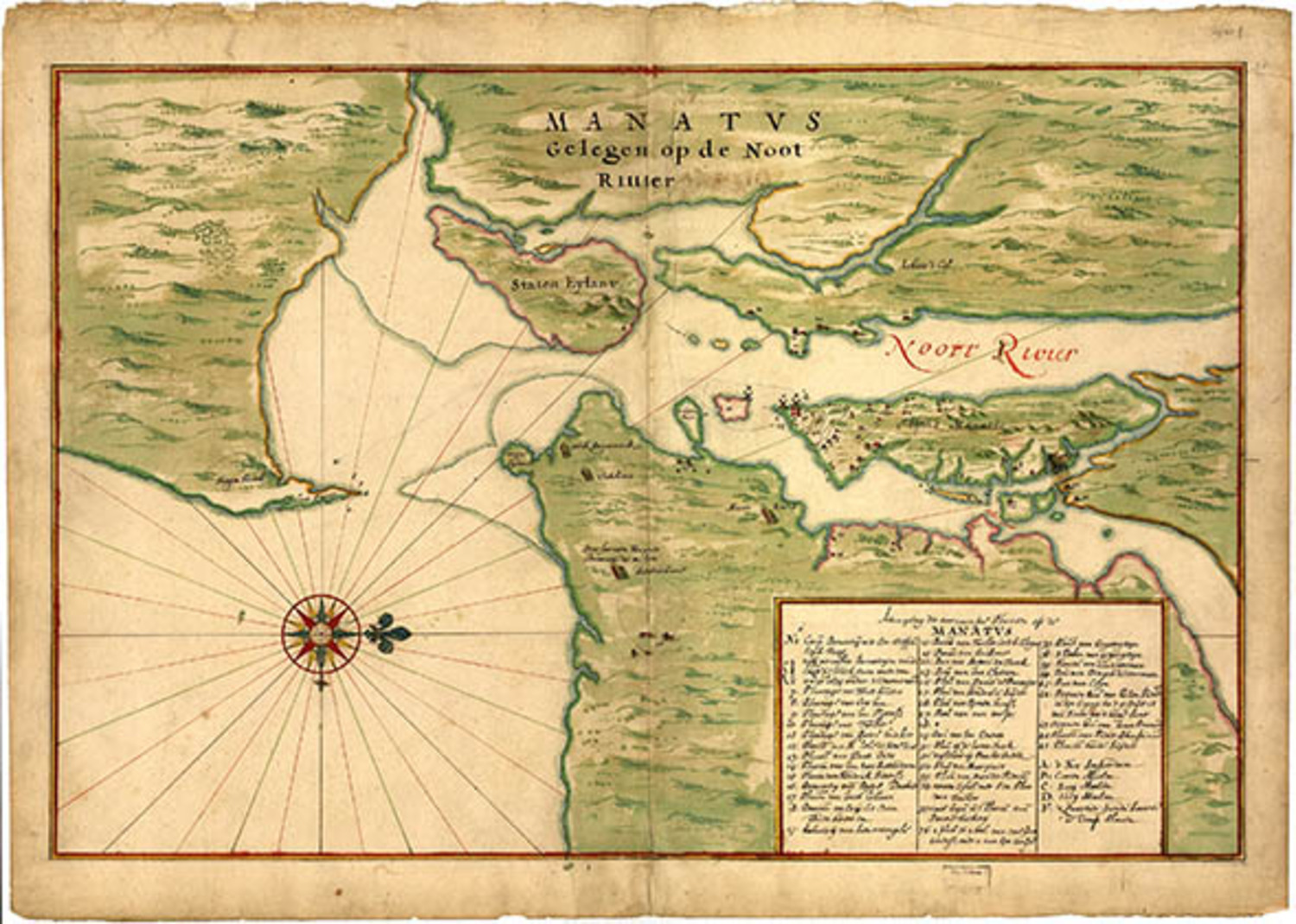 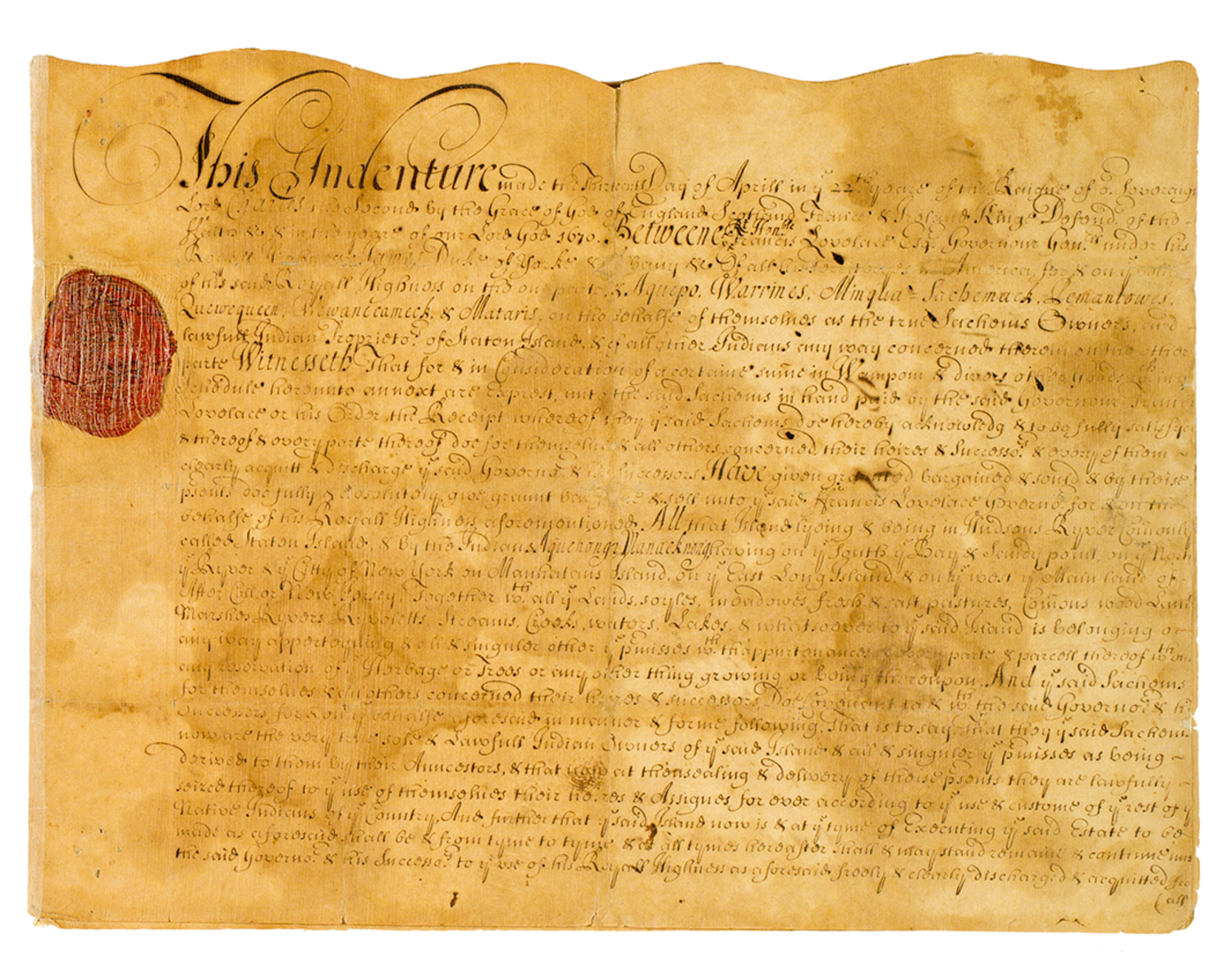 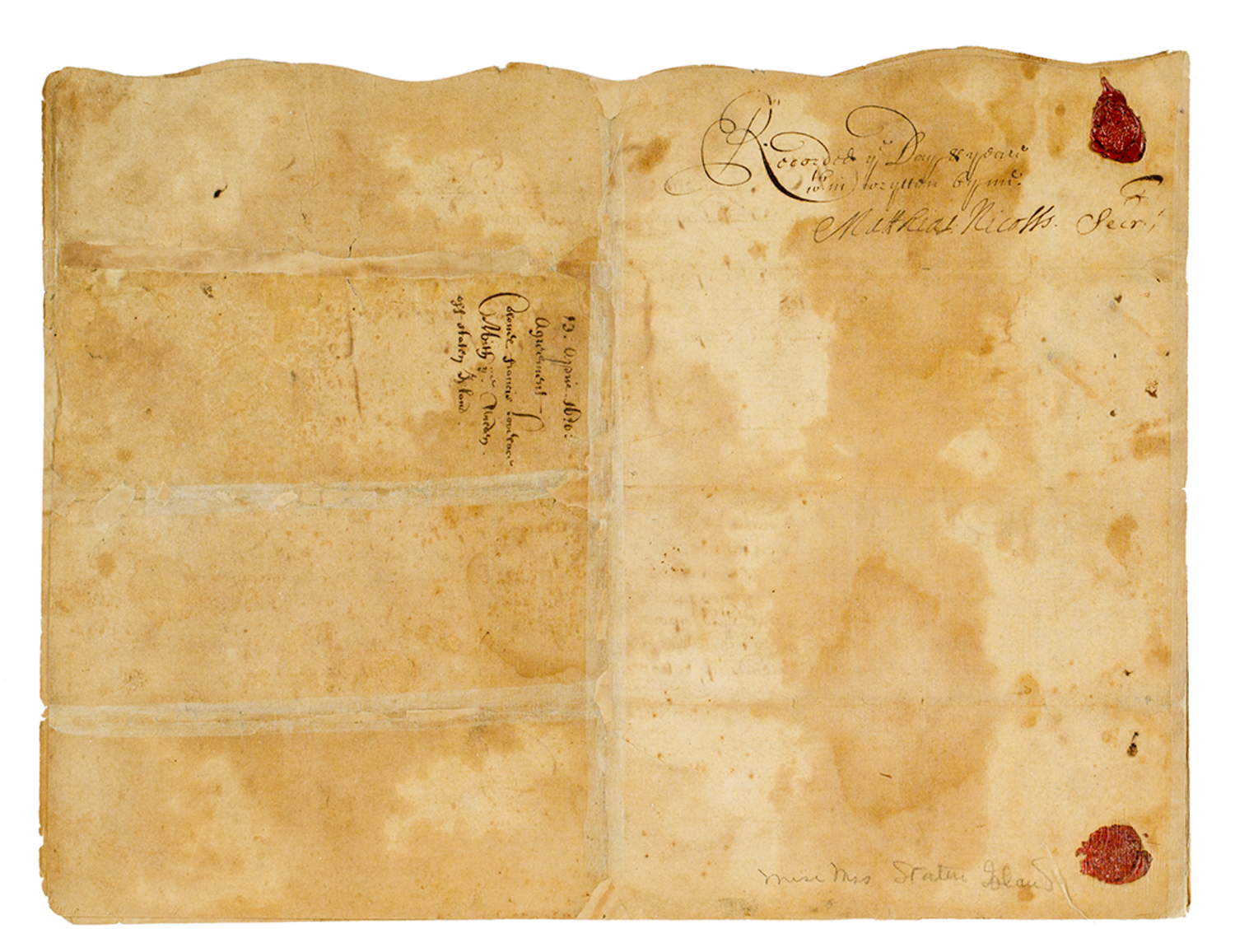 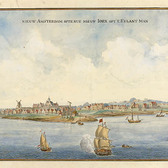 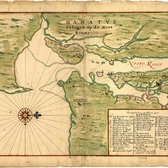 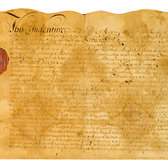 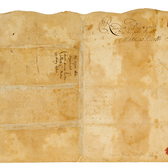 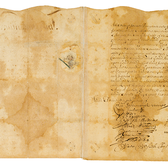 A recent article on Slate, written by Barnard College Assistant Professor of History Andrew Lipman, titled A Hard Bargain tells the story of the how "the Munsee Indians sold Staten Island under duress—but not before they got the colony of New York to make some surprising concessions."

The 1670 Staten Island deed and the minutes of negotiations show in detail how these transfers worked. Though the papers document the eviction of native peoples, they also are evidence of a 40-year process of contestation and of more than a week of face-to-face negotiations.

Common assumptions and myths suggest that the Native Americans knew nothing about the value of their land, and that they did not believe in ownership of it, but the negotiations prove otherwise. The Munsee Indians knew what they were doing, and worked with the Colonists to maximize their end of the deal.

The Munsee delegation returned with a request for 600 fathoms of the beads, the colonists counter-offered only half that; finally they all settled on 400 fathoms. […] In a similar back-and-forth, the Indians convinced the colonists to triple the amount of clothing offered and significantly increased the gifts of guns, lead, powder, hoes, and knives.

The full article on Slate is a a fascinating read on a relatively unknown part of New York City history.

Learn the Origin of the Phrase "New York Minute"