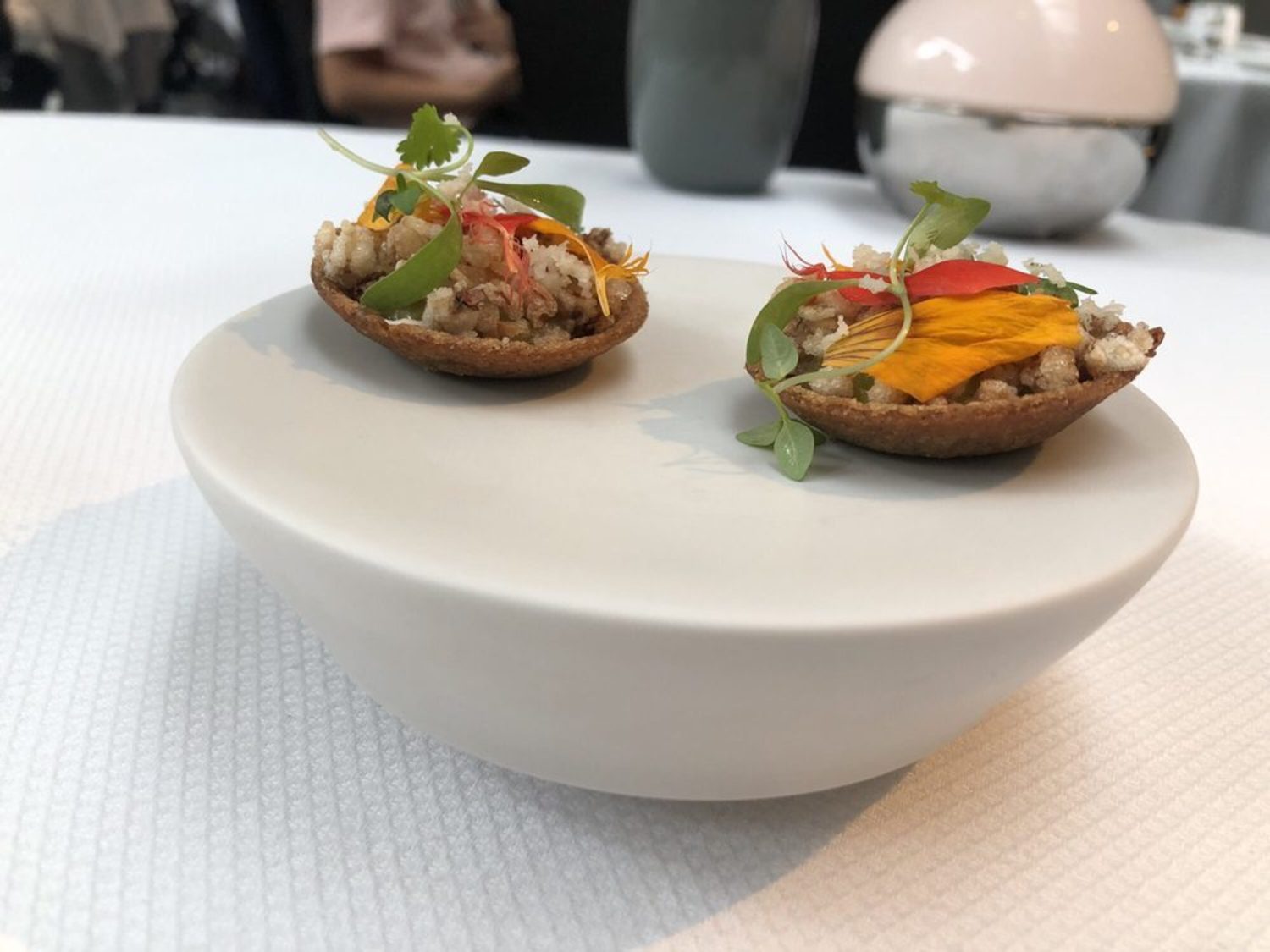 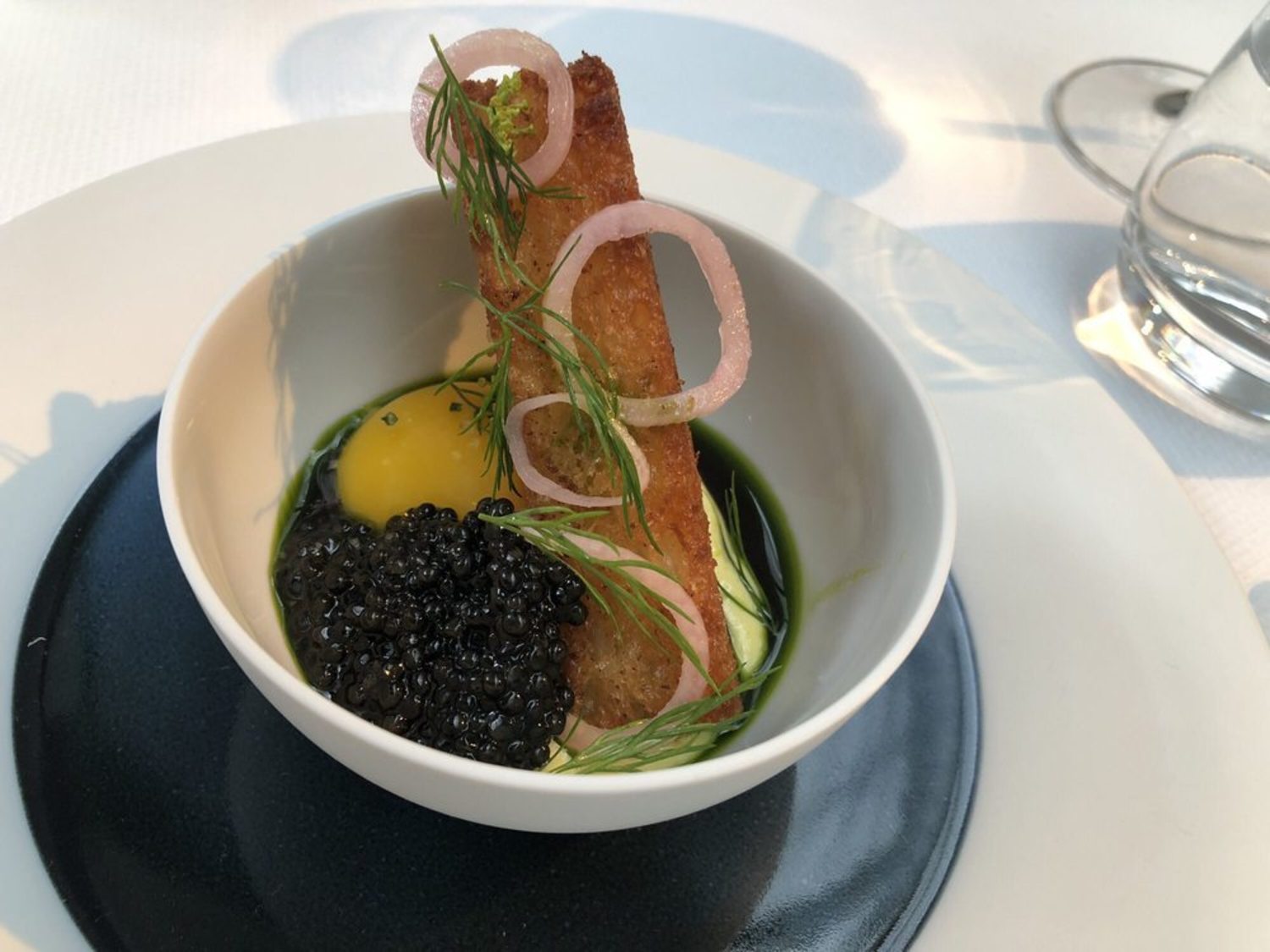 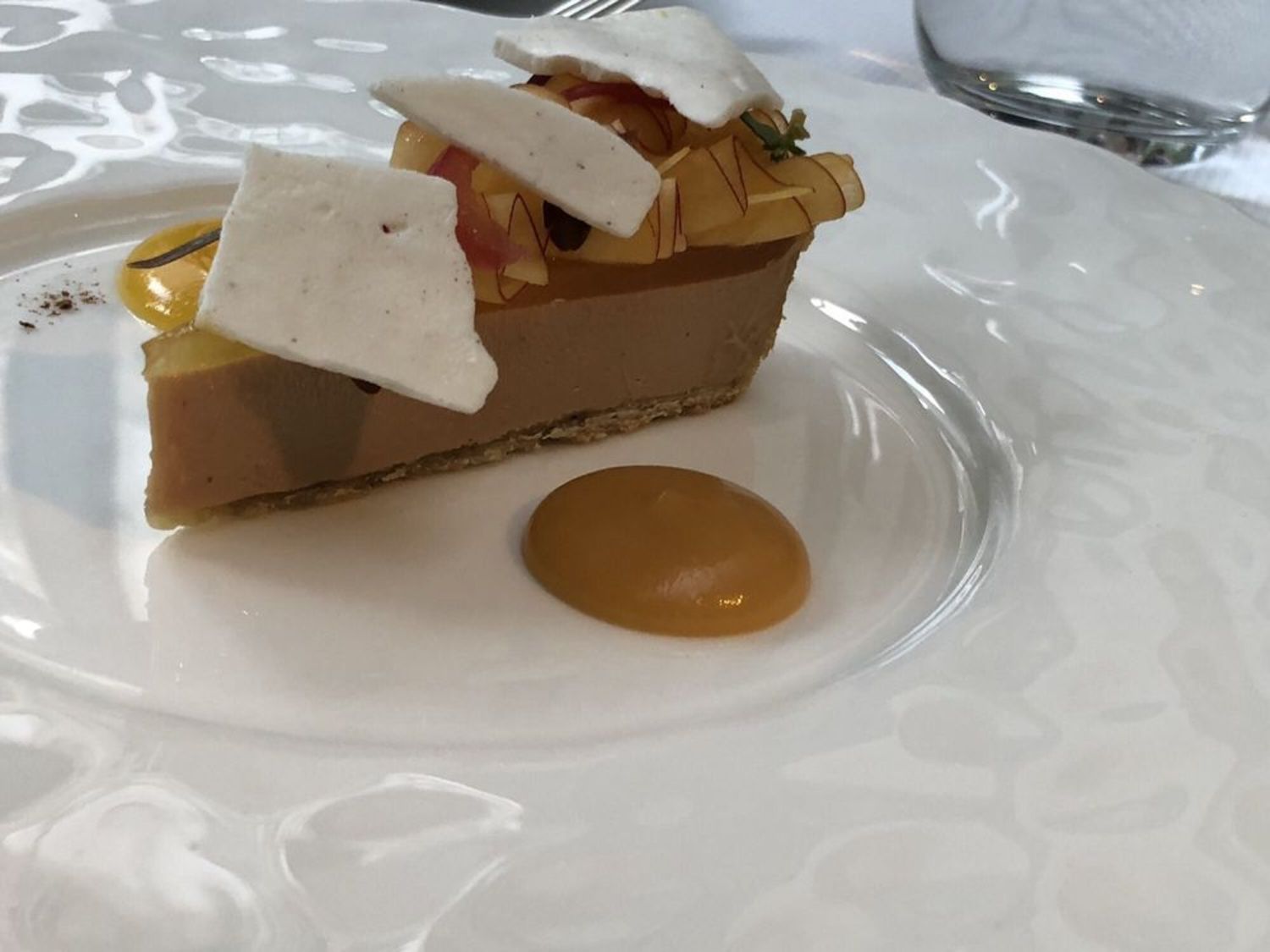 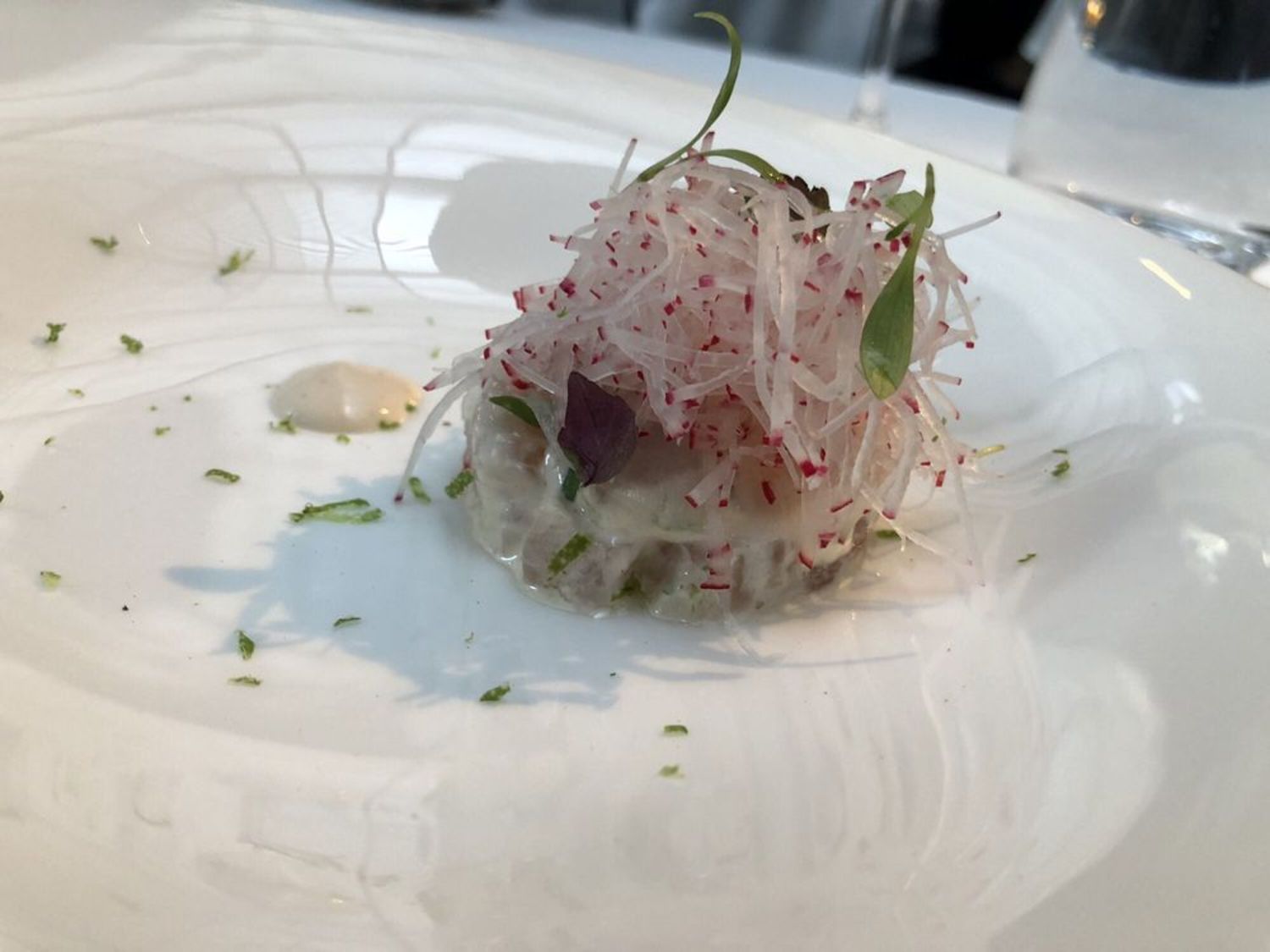 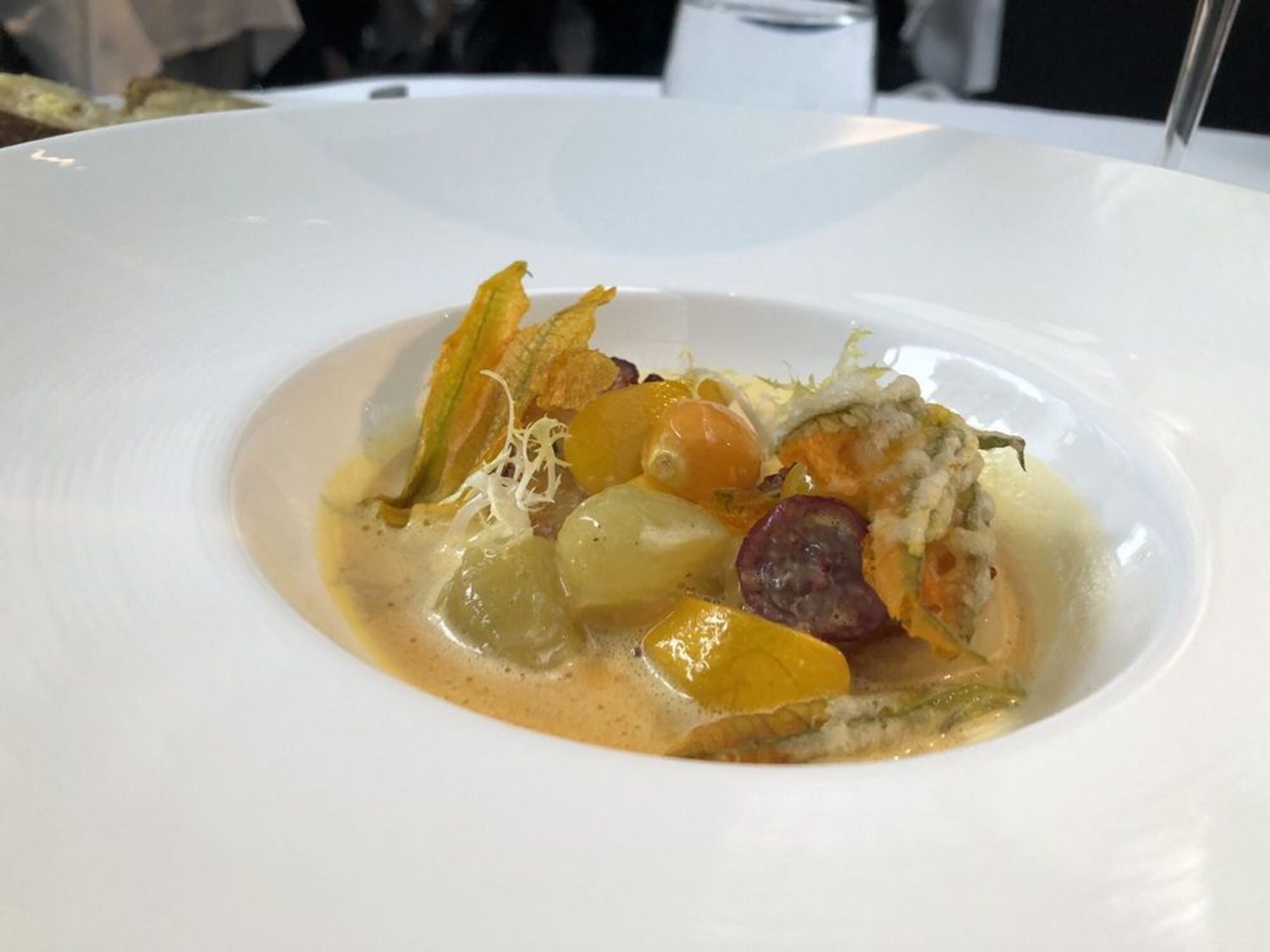 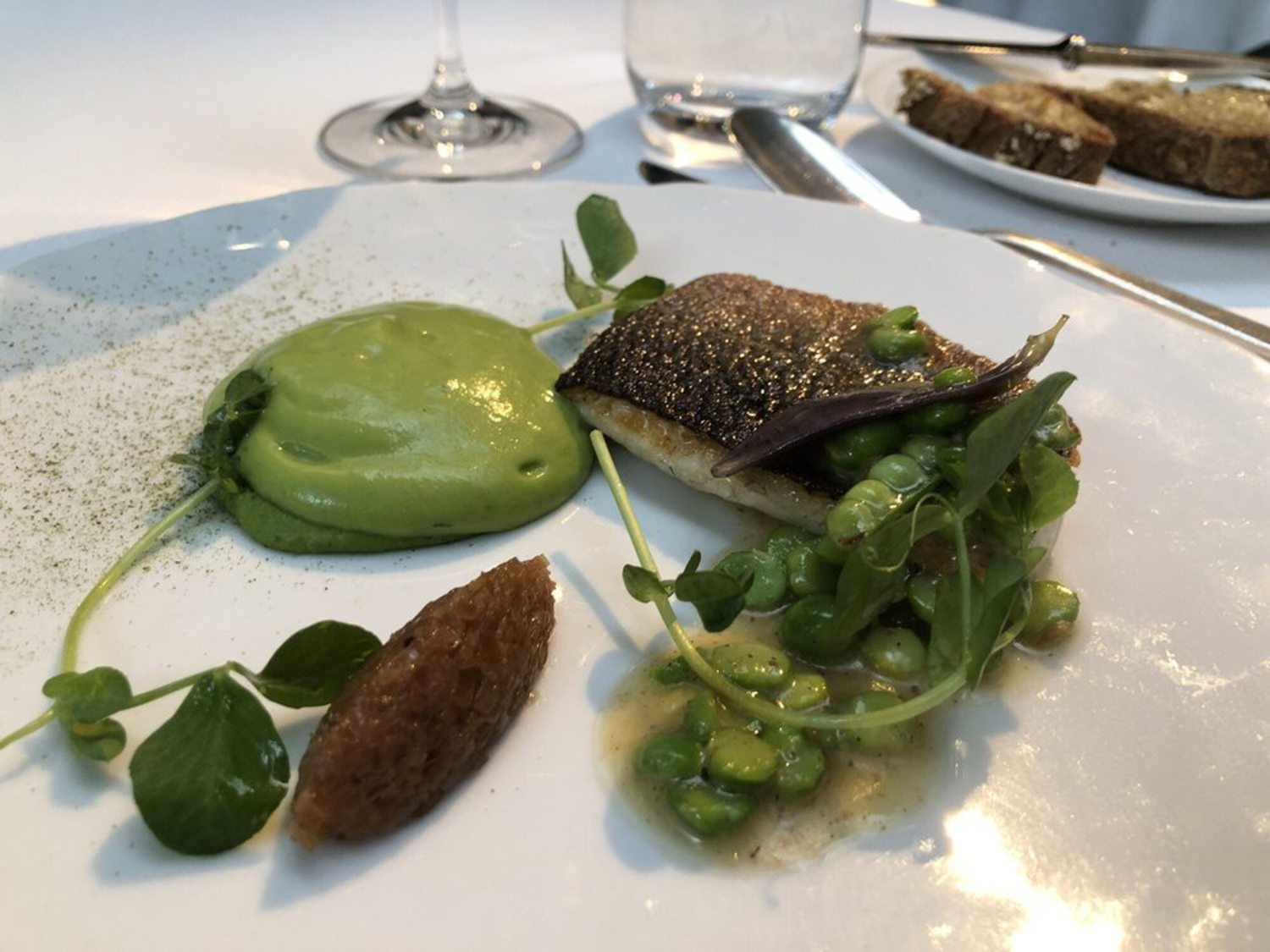 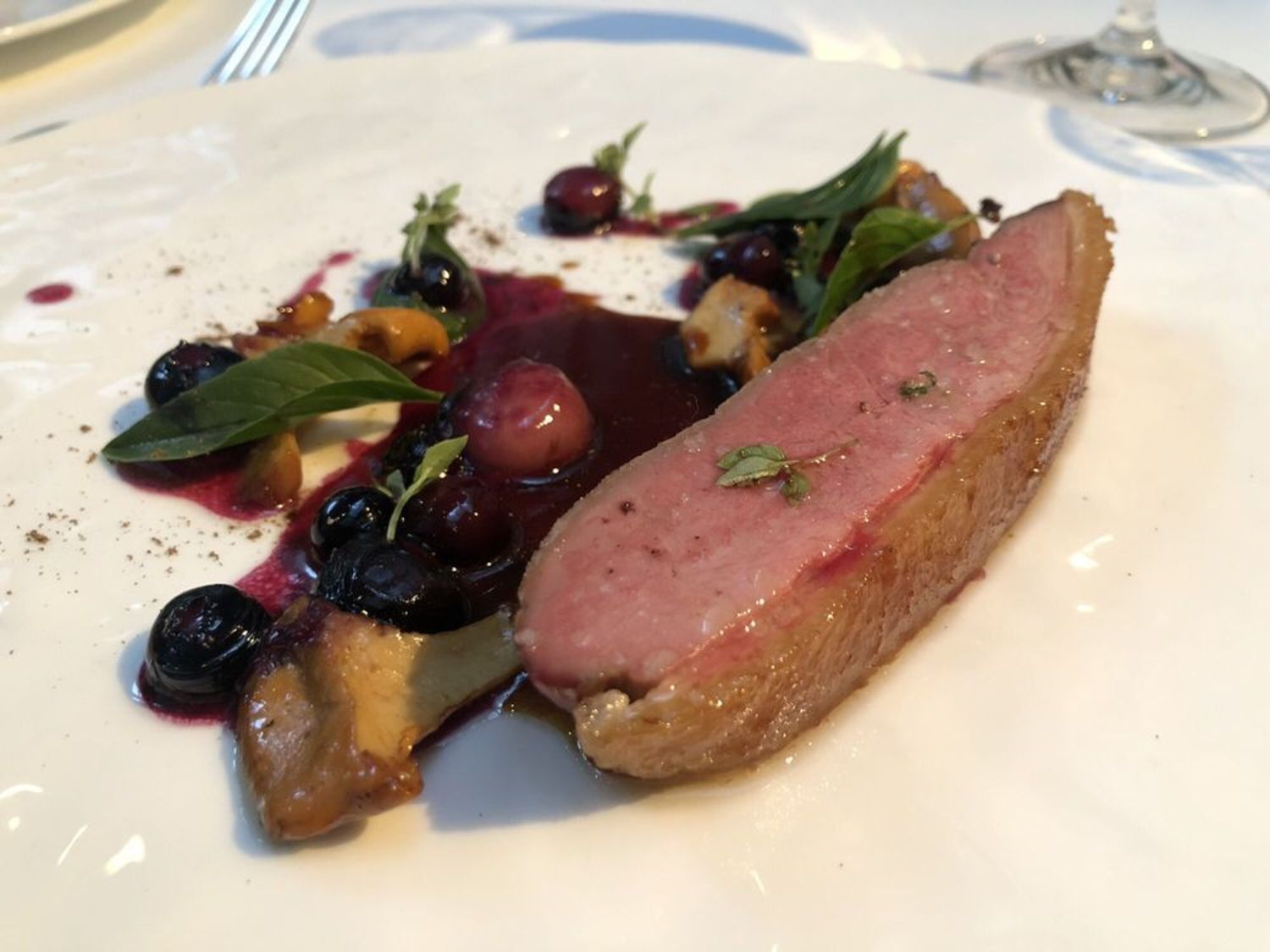 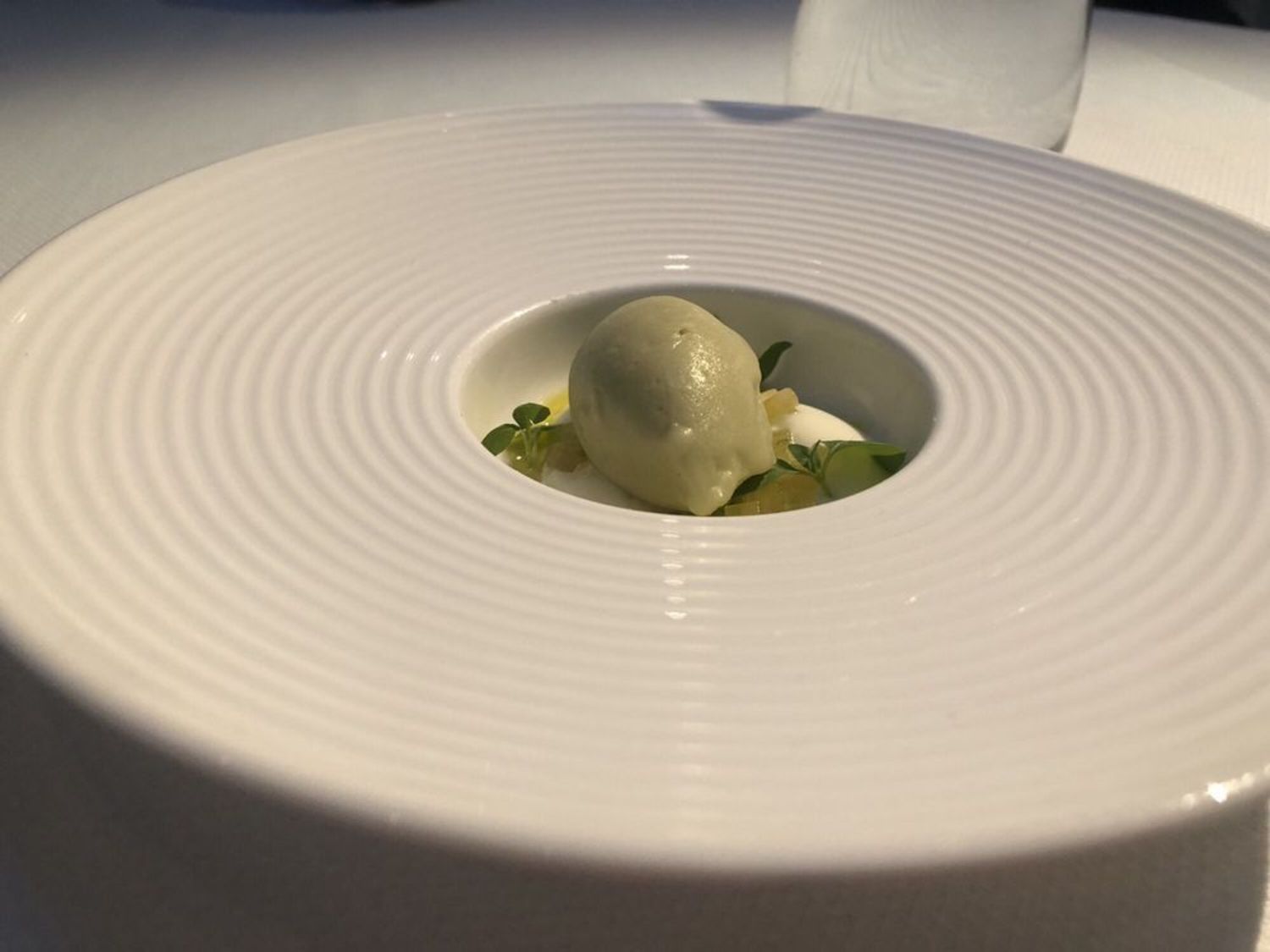 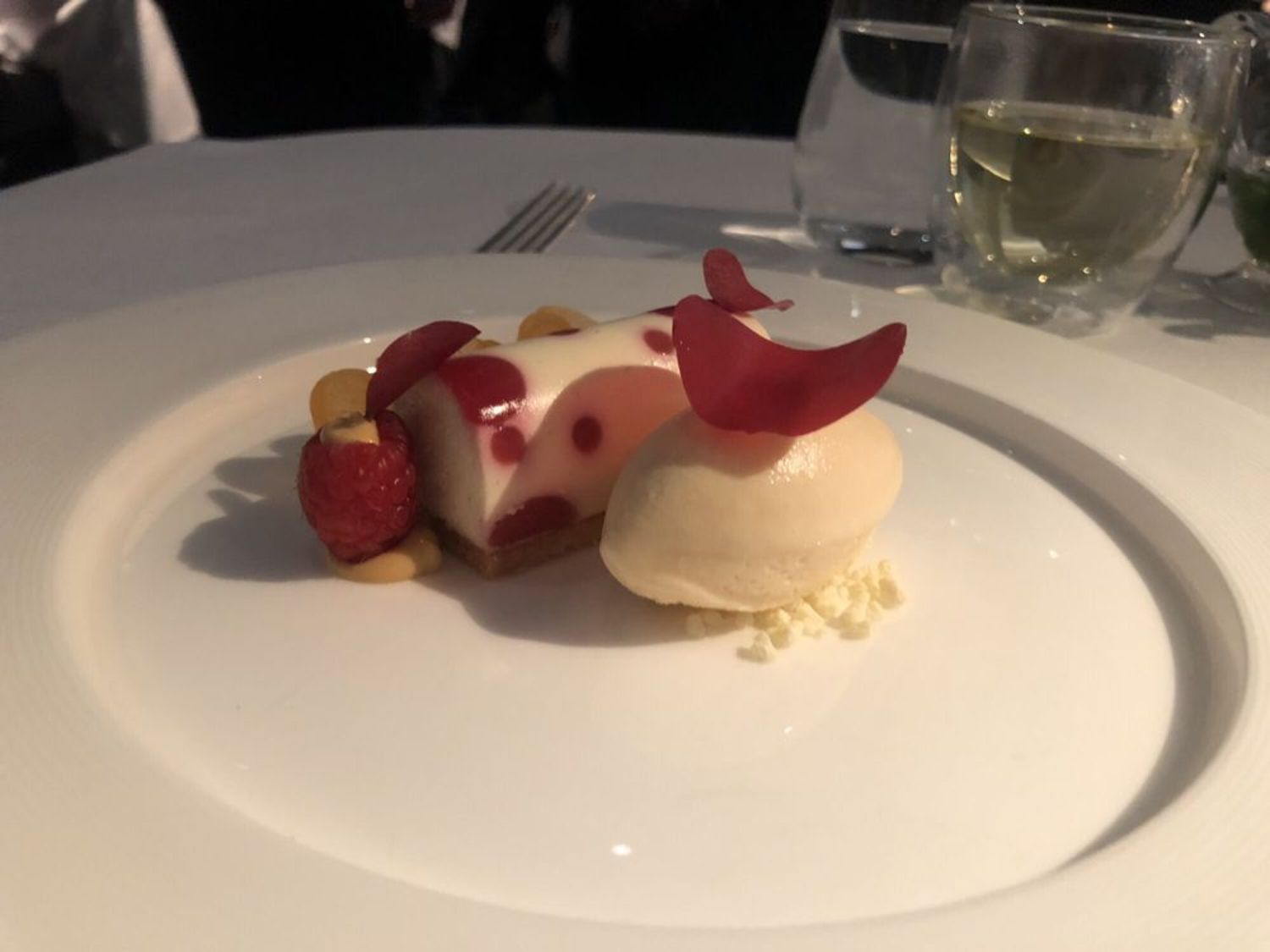 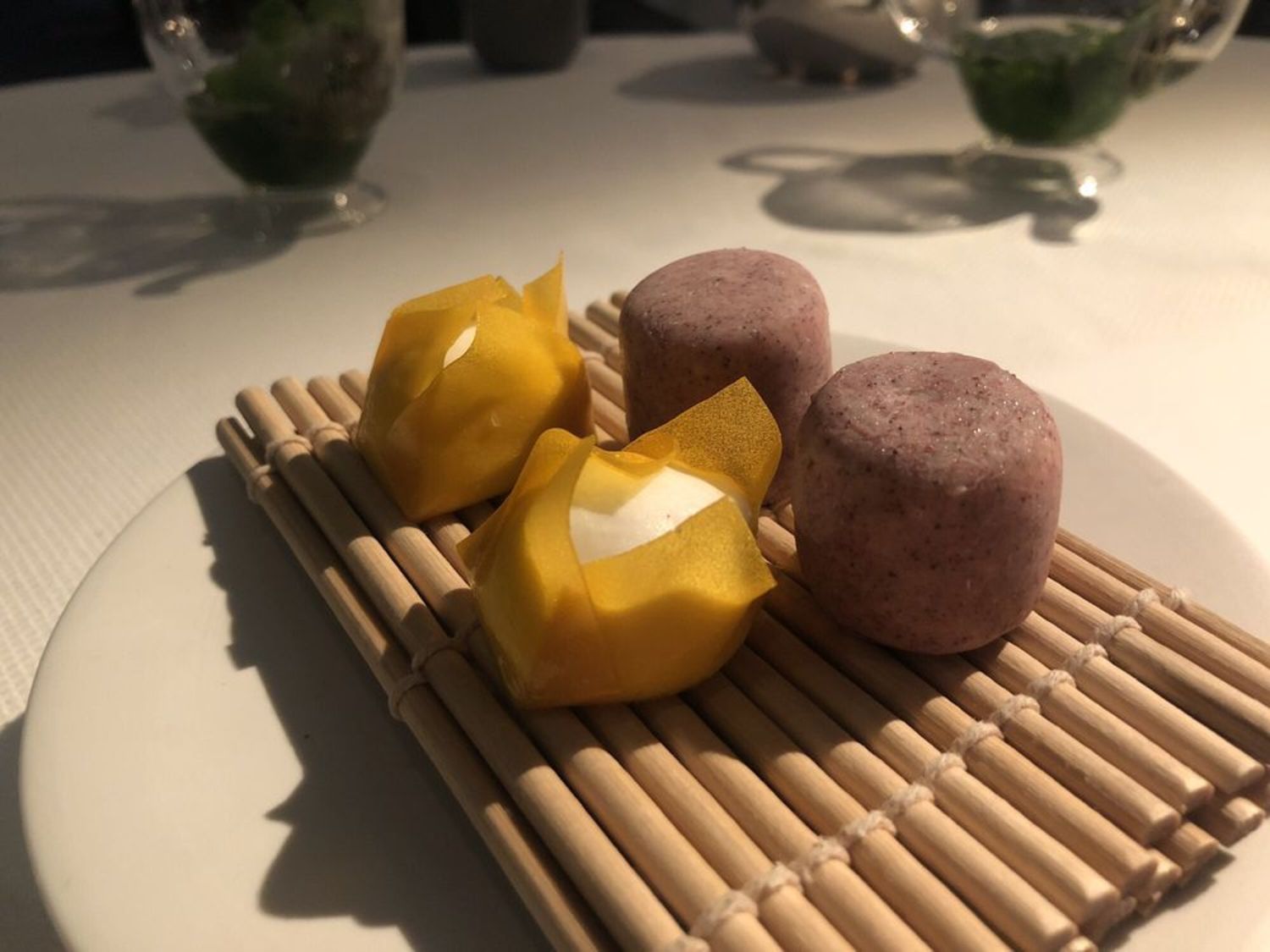 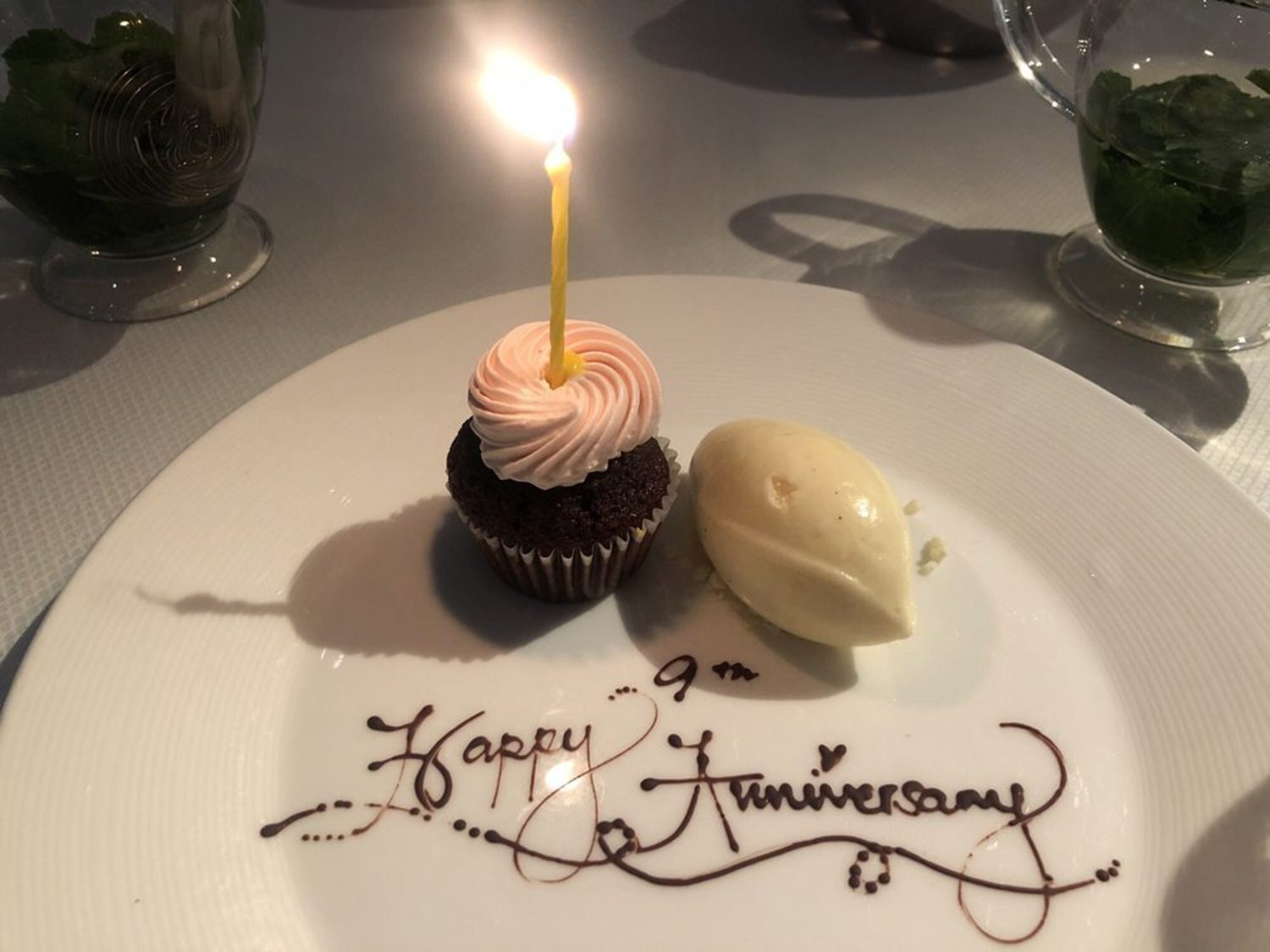 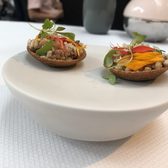 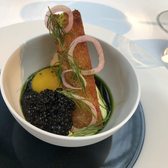 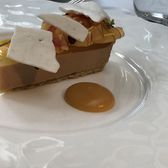 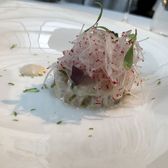 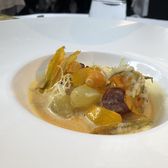 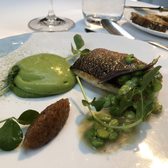 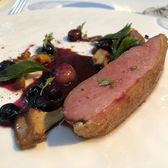 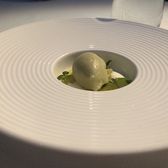 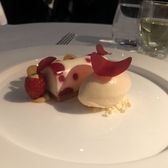 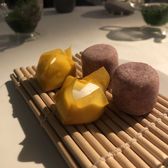 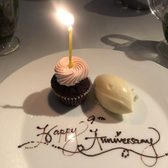 The Modern is a two-starred Michelin restaurant overlooking the sculpture garden at the Museum of Modern Art in Midtown Manhattan, and they know it. Floor-to-15-foot-ceiling windows allow diners to feel completely surrounded by the fine art and lush gardens, and large sculpture and floral arrangements adorn the restaurant interior as well.

My spouse and I recently visited The Modern to celebrate our 9th wedding anniversary, and we loved it. We've previously been to several of Danny Meyer's Union Square Hospitality Group restaurants, including Eleven Madison Park, Gramercy Tavern, Blue Smoke, Union Square Cafe, and Untitled, so we thought a trip to The Modern would be a great addition to that list, and you can never really go wrong with a two-starred Michelin Restaurant. The food was incredible and service was impeccable—everything you would expect of a restaurant of its caliber—so in this review, I will focus instead on what stood out to me, as we really had nothing to eat that was bad.

The level of personalization was greater here than any other restaurant I've been to. You order their prix-fixe menu, make your selections from their lists, and at the end of the night, you get a nicely printed, personalized menu to take home. As we went on our anniversary, the menu also said "Happy 9th Anniversary" on top, a really nice touch. They brought out an extra dessert dish for us, with handwritten chocolate cursive spelling the same message, and many of the staff wished us a happy anniversary as well.

As with most tasting menus, the food is really just a taste and small in size except for the main course. Each plate brought out to our table was top-notch, truly delicious. We thought the overall menu was well balanced and nicely themed, creative, and unique with the use of non-standard, local ingredients. I particularly liked the Eggs on Eggs on Eggs, which has a soft-boiled egg, sturgeon caviar, and egg sauce, all presented in a ceramic egg-shaped dish.

The service was attentive, the wait staff and sommelier were all knowledgeable, kind and polite, and the dishes came out of the kitchen at just the right pace. However, I thought that after paying $188 for each tasting menu, the unexpected additional charges for hot tea ($7), and the cheese plate ($28) was a bit nickle-and-dimey. This is especially because it was never mentioned that these items, offered to us by our waiter, were not included in the price of the prix-fixe. We also thought that the amount of food was not as much quantity as say, Eleven Madison Park, or some of the other fine-dining restaurants we've been to, but both of us left satisfied.

Despite the minor bad points, The Modern still gets a 4-star rating for me for its ambiance, delicious and creative menu, pleasant service, and personal touches. 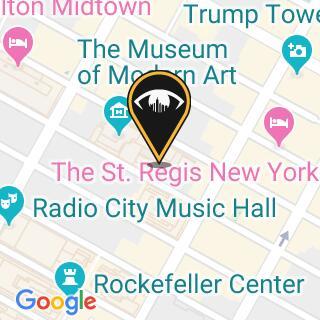