Historic Lower East Side park Hamilton Fish Park is getting a renovation as one of its two handball courts will be converted into a state-of-the art, outdoor squash court.

Dubbed "the healthiest sport", as players can burn more than 800 calories an hour, squash courts are a rarity in New York City.

Outside of college students and the wealthy in America, most people don’t have access to squash courts anywhere (or don’t know that they do). Alex Wakefield Wessner, Shawn Dragann, and Ryan Underwood Wall, founders of the Public Squash Foundation (PSF), wanted to change that. Last year they pitched the Department of Parks and Recreation on their idea: building a squash court on one of the city’s more than 2,000 handball courts, many of which are underutilized.

Raising more than $70,000 for their first venture, the Public Squash Foundation hopes to expand on their project, already receiving requests from cities including Philadelphia, LA, and Paris. The court is 100 percent public, with no booking systems. Anyone who brings their own equipment can play for free. Read the full article for more on the PSF's efforts. 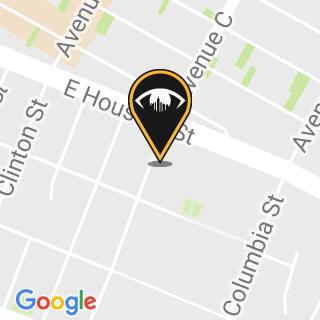 Outdoor Ice Skating Rinks Around the City Opening This Month