Brooklyn based production company Ghost Robot recently made this fantastic profile of a man who goes by the moniker "The Sucklord", a bootleg toymaker out of Chinatown in Manhattan. The Sucklord creates customized half-art, half-toy action figures and toys for his site Suckadelic, which calls itself an evil arts organization.

Specializing in Bootleg Toys, illicit remix records, and duffed out Supervillain Soap operas, it's universally regarded as the sleaziest brand in the game. [...] Suckadelic has continued to pump highly addictive pop culture crap into the veins of willing victims since 1997

For this short profile video, director Joey Garfield spends an afternoon with The Sucklord, talking about Star Wars, Gay Rights, and why Super Villains have a better existence. 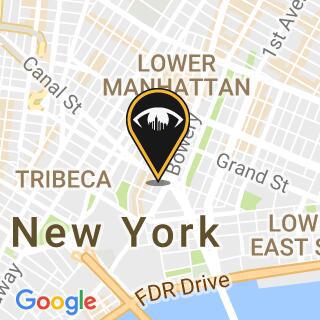 Millennials of New York Episode 7: Proud Brooklynite is a Victim of Gentrification