Filmmaker and author Stefan Nadelman's father worked for 10 years as a bartender at
Times Square's Terminal Bar, often dubbed as the "roughest bar in the City". Stefan's father snapped hundreds of photos of the patrons and frequent customers at the bar, most of whom were pimps and prostitutes.

30 years after the bar was shut down, Stefan compiled these photos and stories behind them into a documentary titled Terminal Bar.

From 1973 to 1981, bartender Shelly Nadelman photographed the patrons and surroundings of the Terminal Bar, a watering hole across the street from the Port Authority Bus Terminal near Times Square in New York City. The films above were created from the collection of the over 2,500 photographs Shelly shot during his ten year stint there. 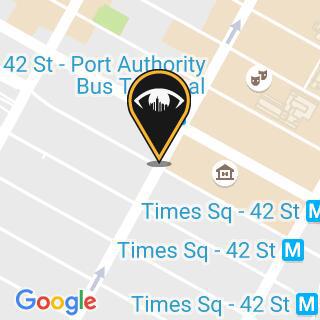 Photos: Take a Peek Back Into a Seedier Times Square