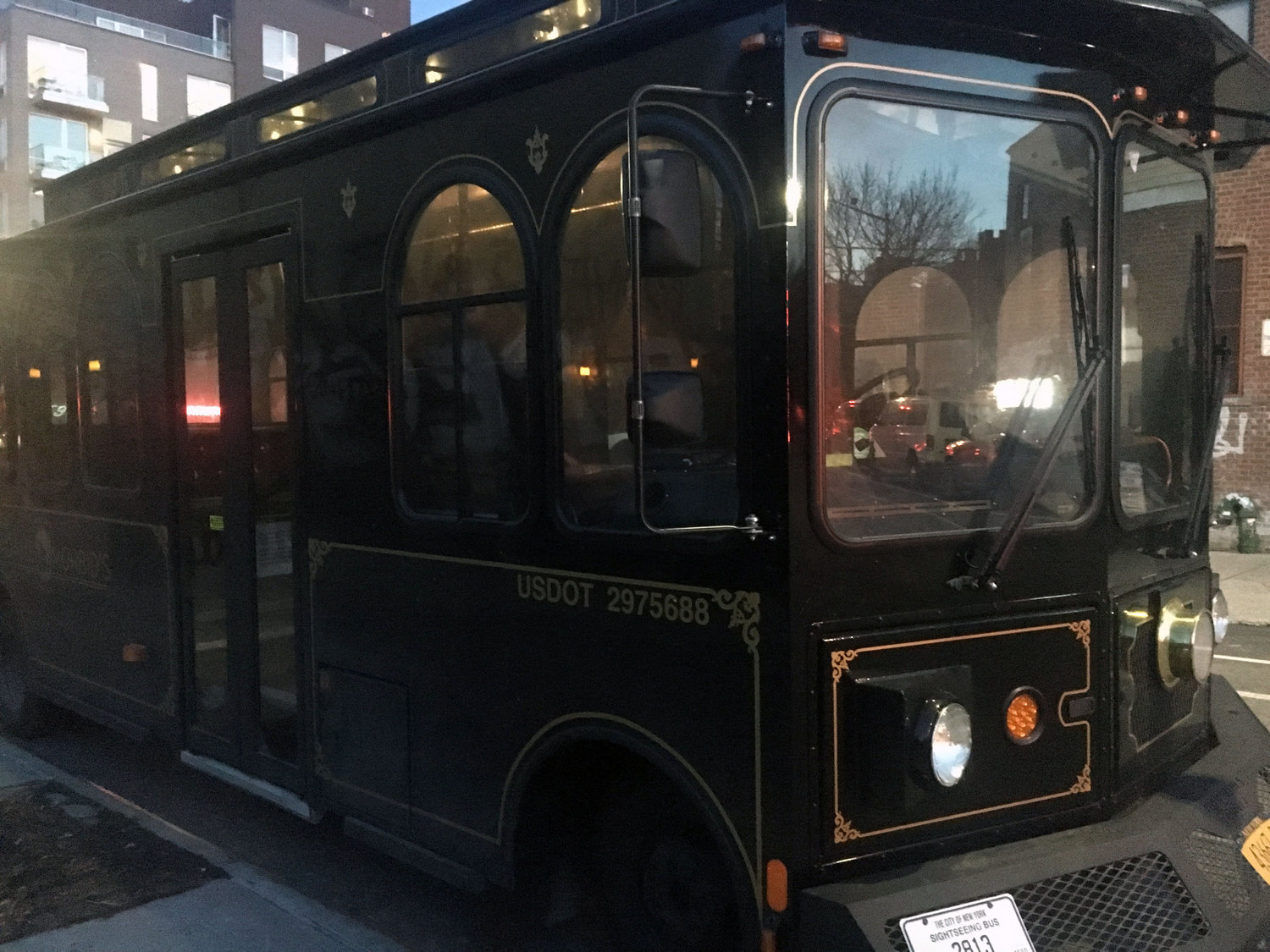 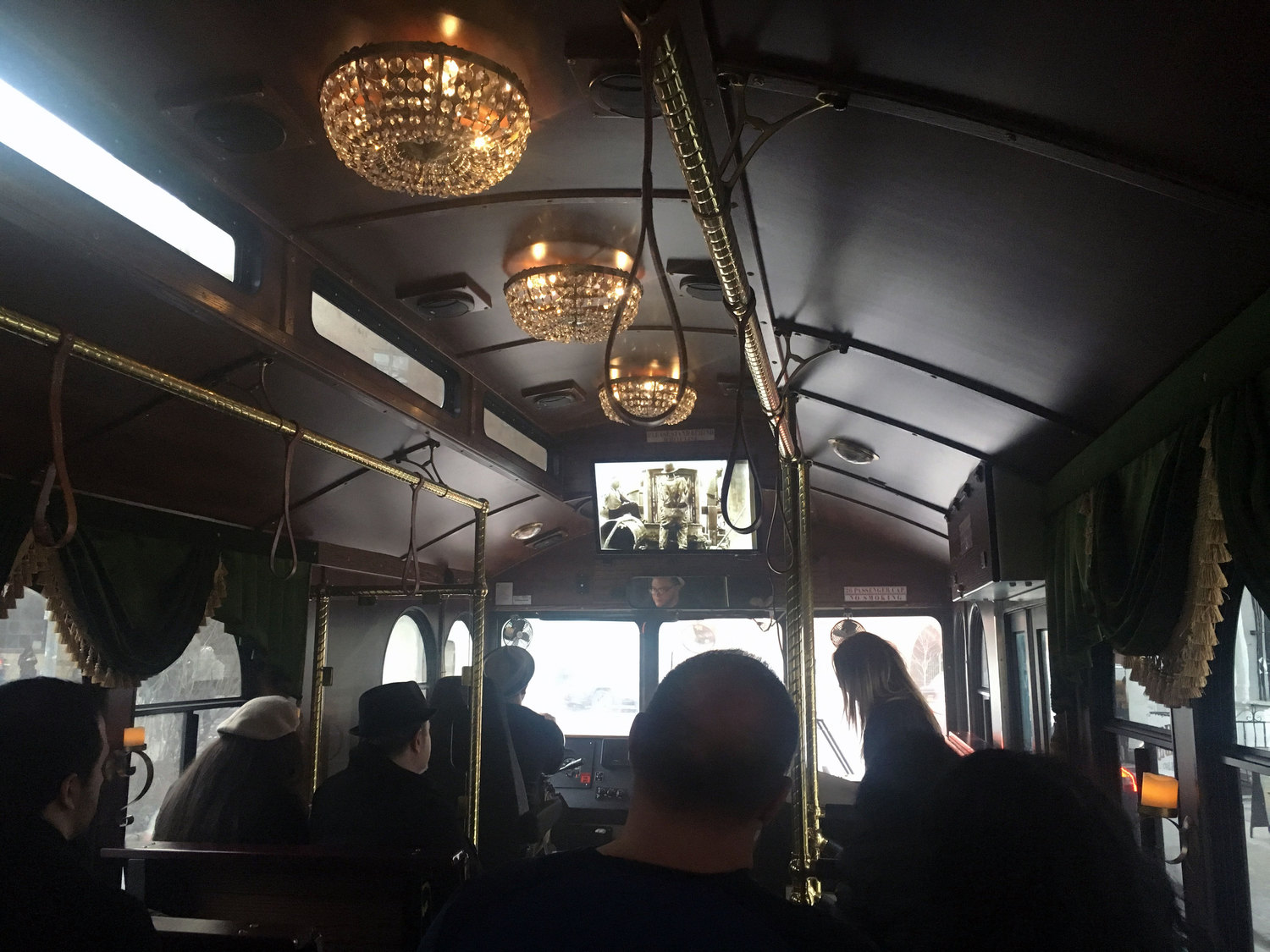 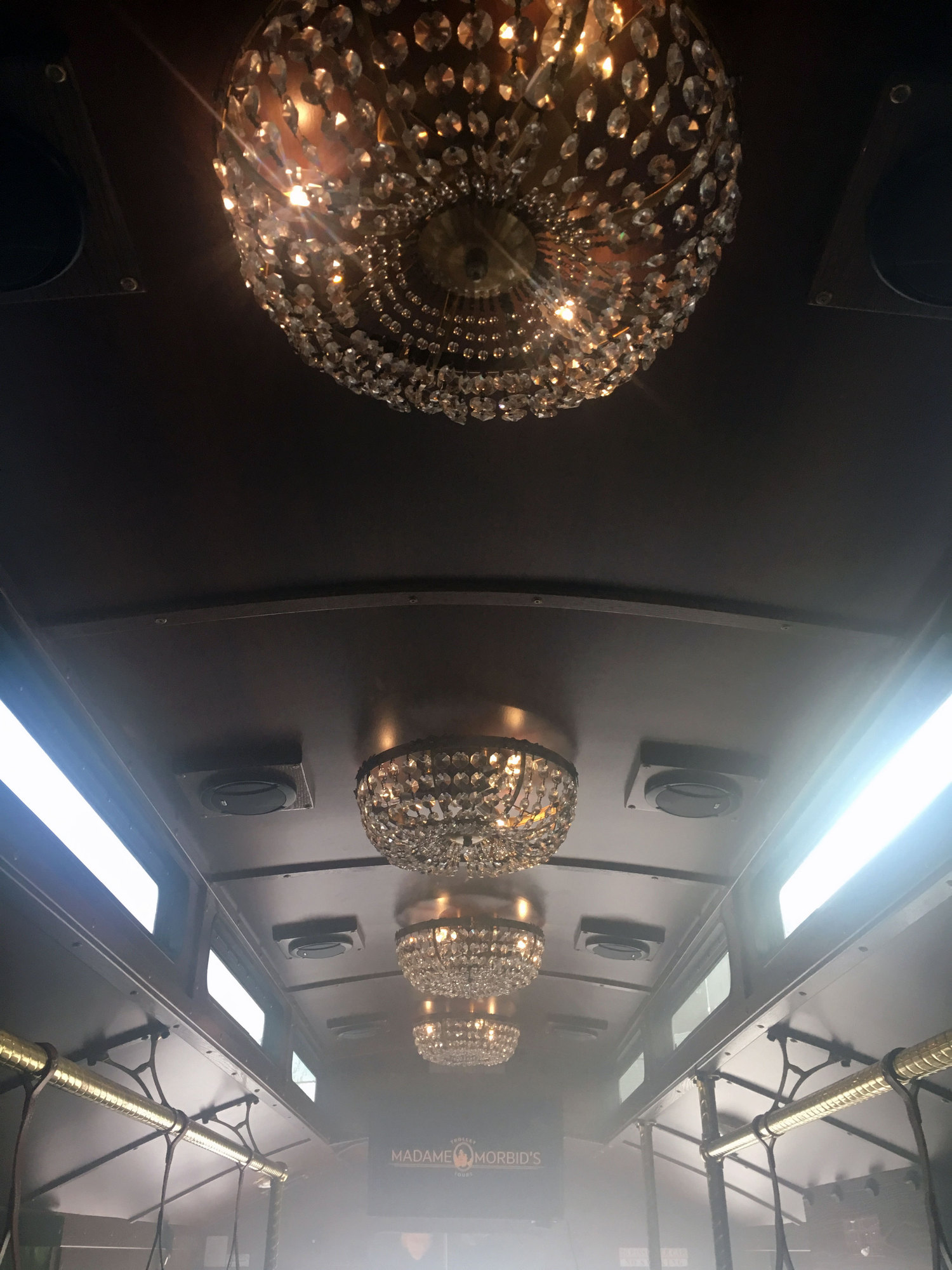 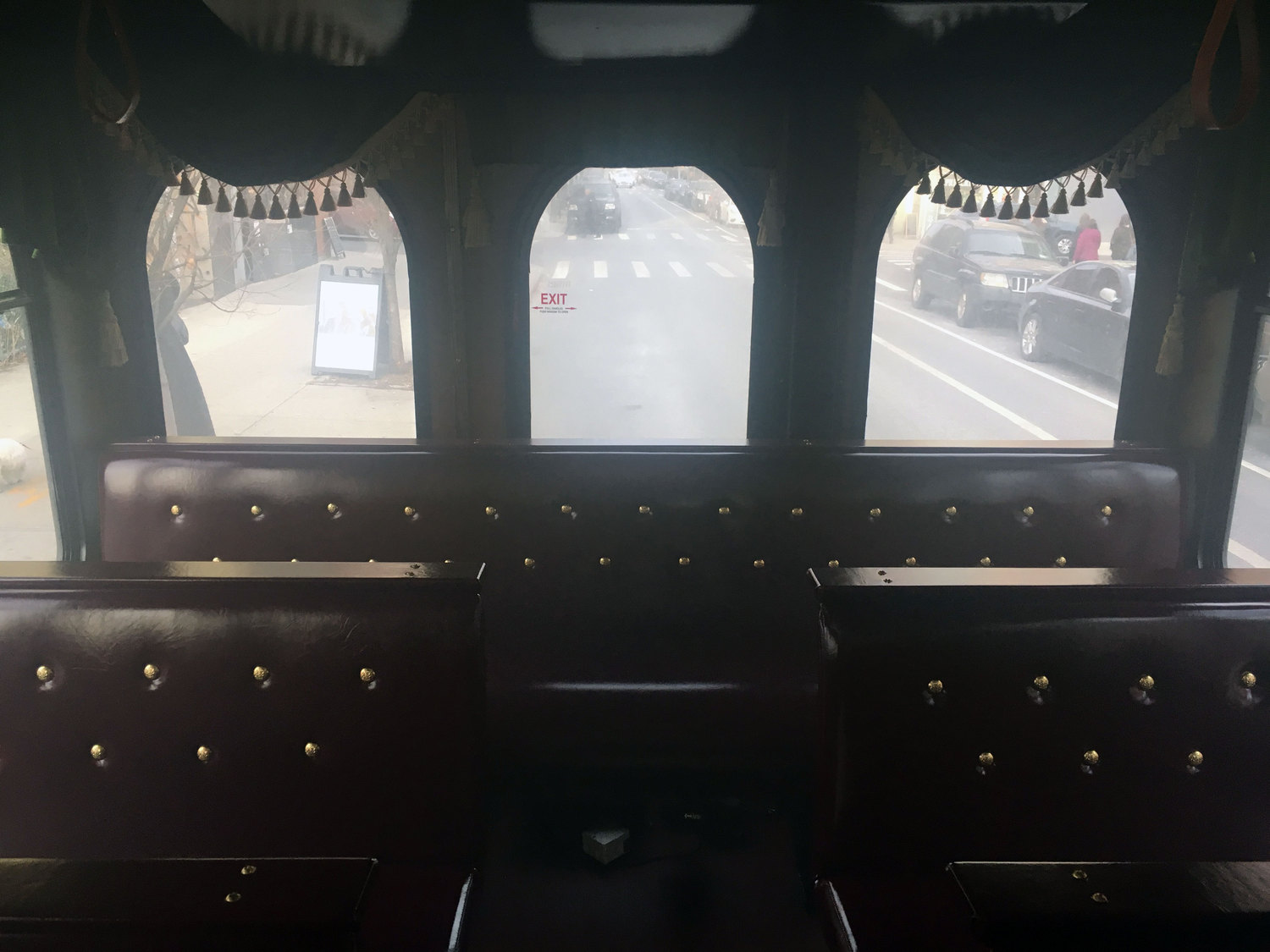 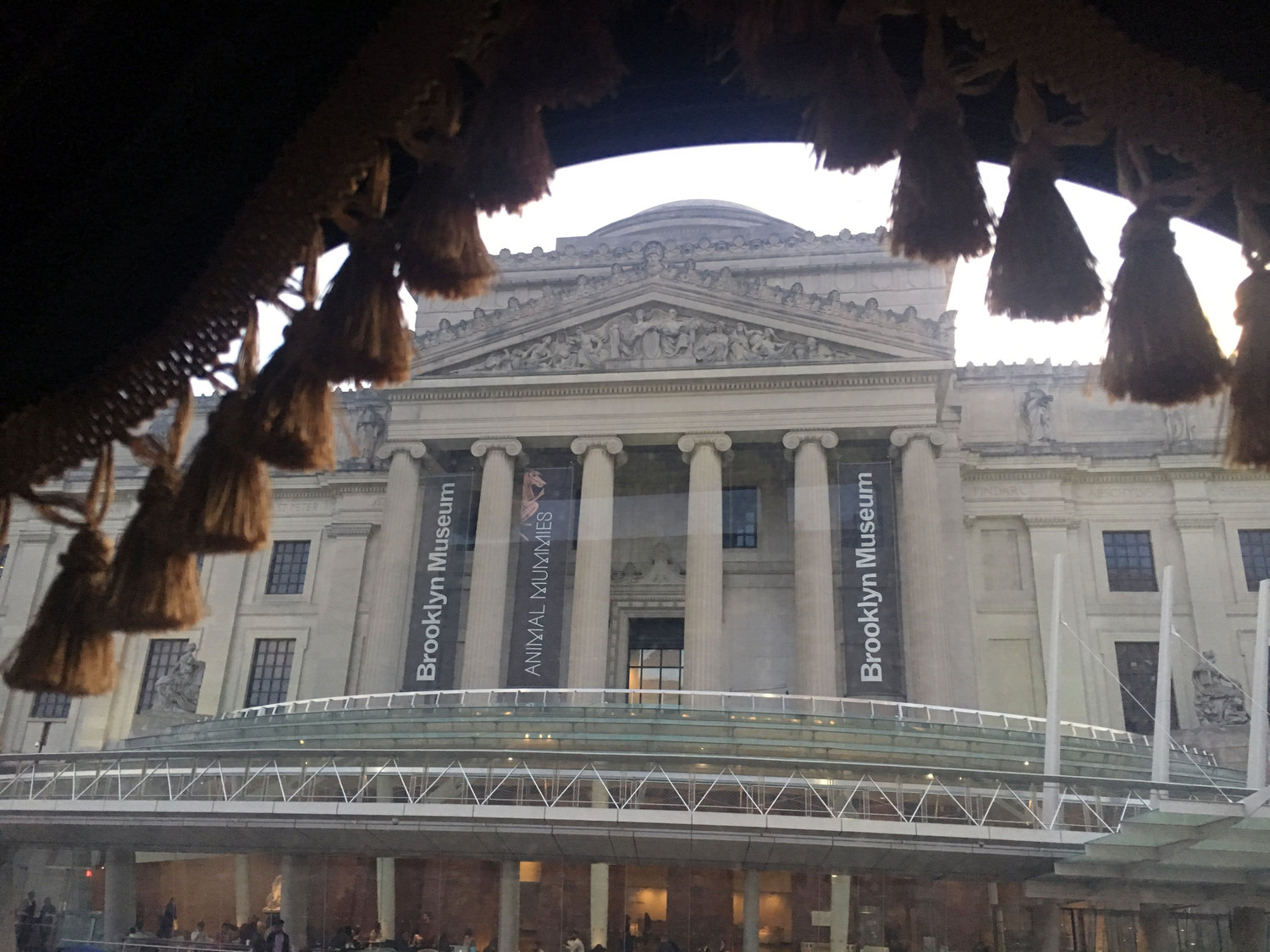 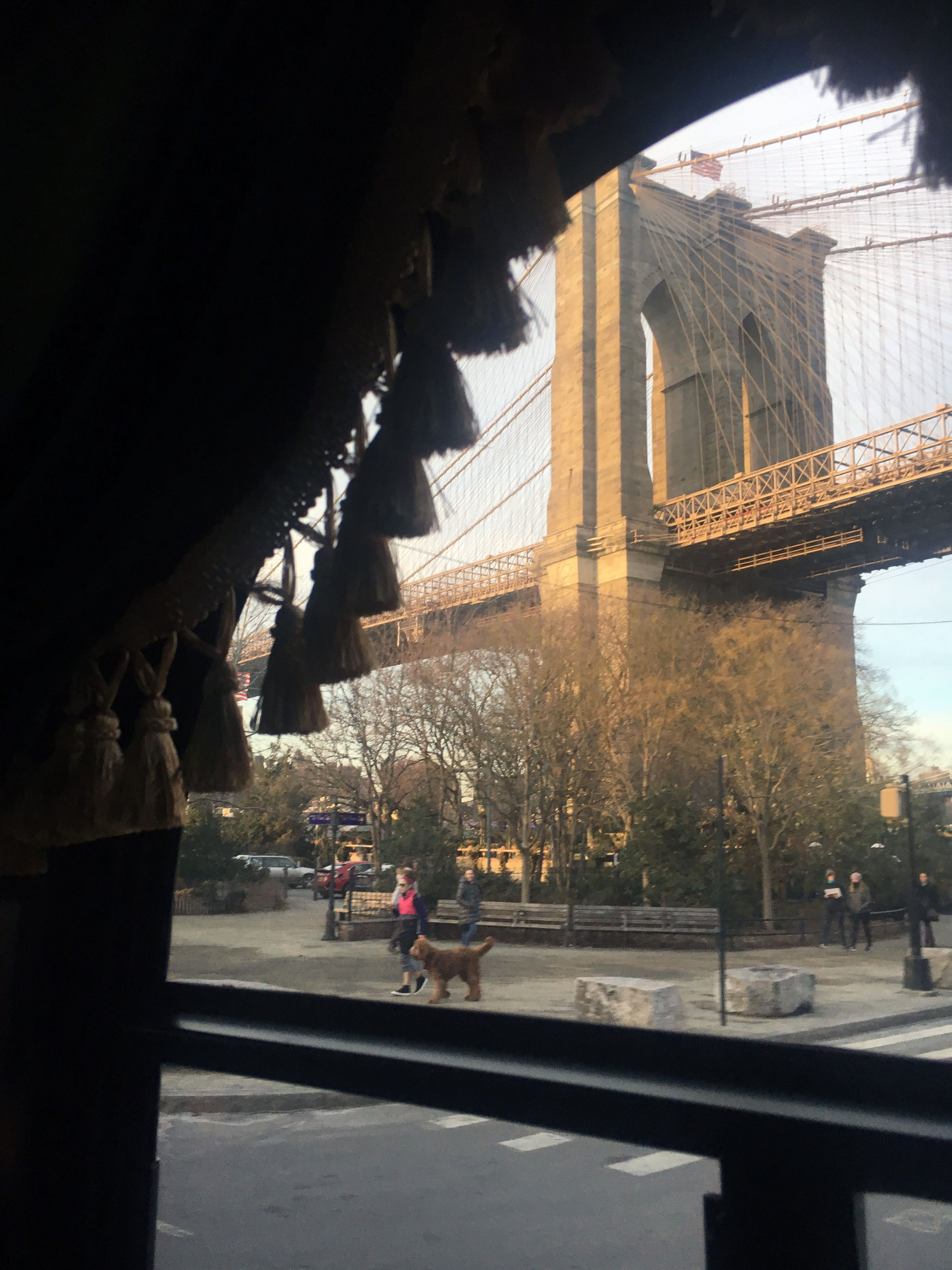 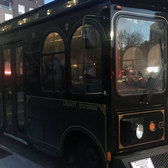 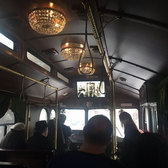 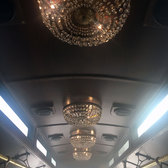 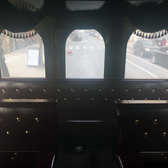 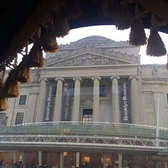 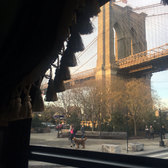 Just opening its second stop in Williamsburg, Madame Morbid’s Trolley Tours picks up its passengers on Driggs Avenue and 9th Street for an hour and forty-five minute haunted history tour of Brooklyn. The trolley itself, as much as the tour, is part of the morbid shtick: bedecked like a Victorian-era funeral parlor with plush leather seats, dark wood paneling, lush velvet curtains with gold trim, and chandeliers that rattle pleasantly as the trolley makes its way through Brooklyn. As you ride, mini-documentaries narrate macabre, bizarre, tragic, and murderous stories from Brooklyn’s distant and more recent past as your guide points out the places where the events themselves occurred.

As disconcerting as the stories themselves are the transformations of the locations where the haunted history of Brooklyn has played out. It might, for example, surprise many Brooklynites who shop at the Trader Joe’s on Atlantic Avenue and Court Street to find out that it sits on the site of Cobble Hill Fort—a place so haunted it apparently scared a young man named Samuel Boerum to death while he was out on a beer run.

The morbid mood is lightened by the tour’s disarming brand of humor—making fun of itself and the hipster culture for which Brooklyn has become known. Appropriately, as passengers disembark the trolley when it returns to Williamsburg and round the corner to make their way back to the subway, they might just pass a mindfulness studio on 8th Street with a Kanye West quote on its sidewalk sign. 10% of ticket sales go to feed New York’s homeless.

Jennimaria is a linguist and writer living in Brooklyn with her husband and dog. She enjoys eating, cooking, and drinking. She is constantly in search of authentic Roman food and the perfect mojito.

[VIDEO] Learn About Gramercy, Manhattan in This Short Neighborhood Tour