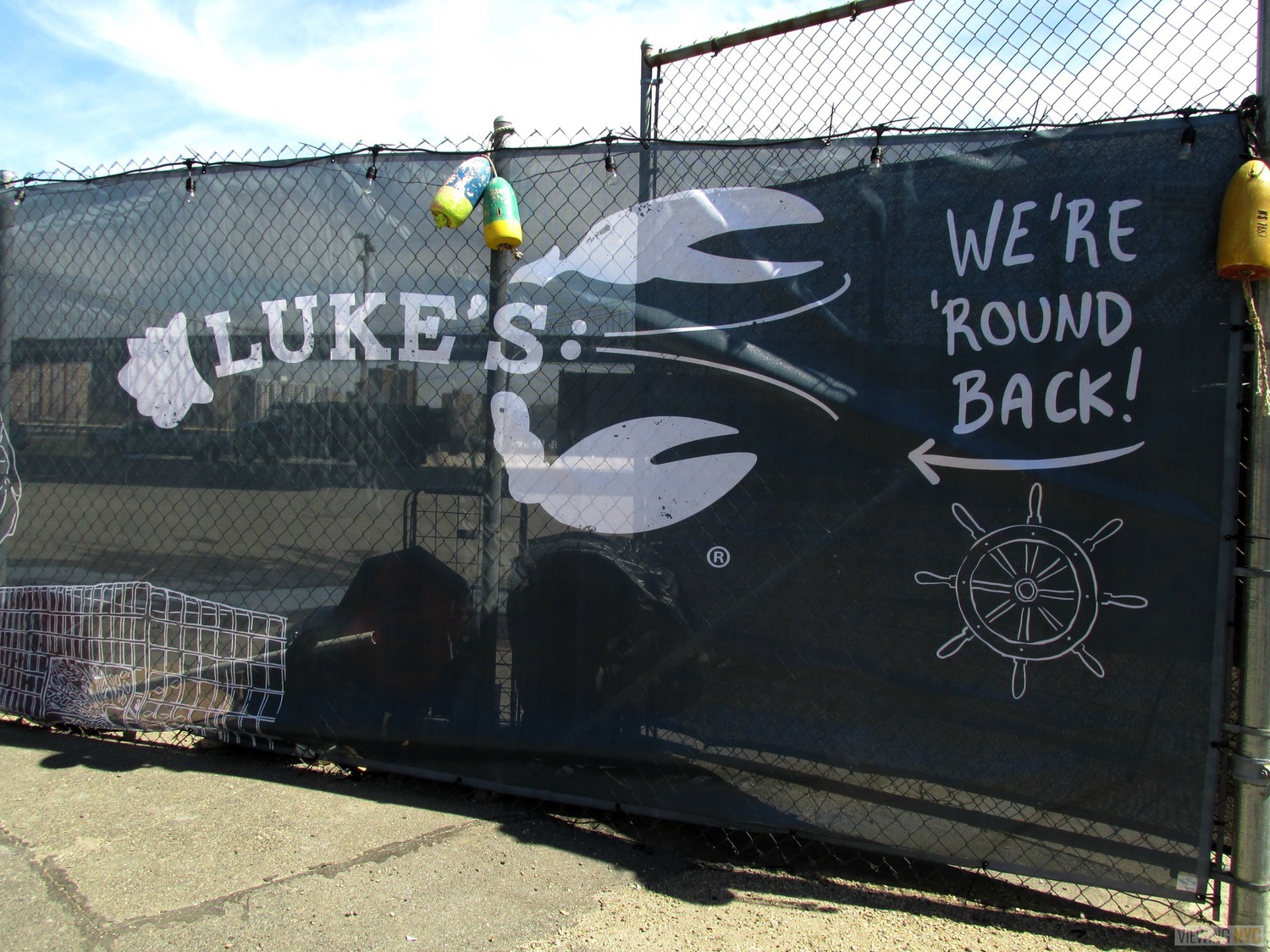 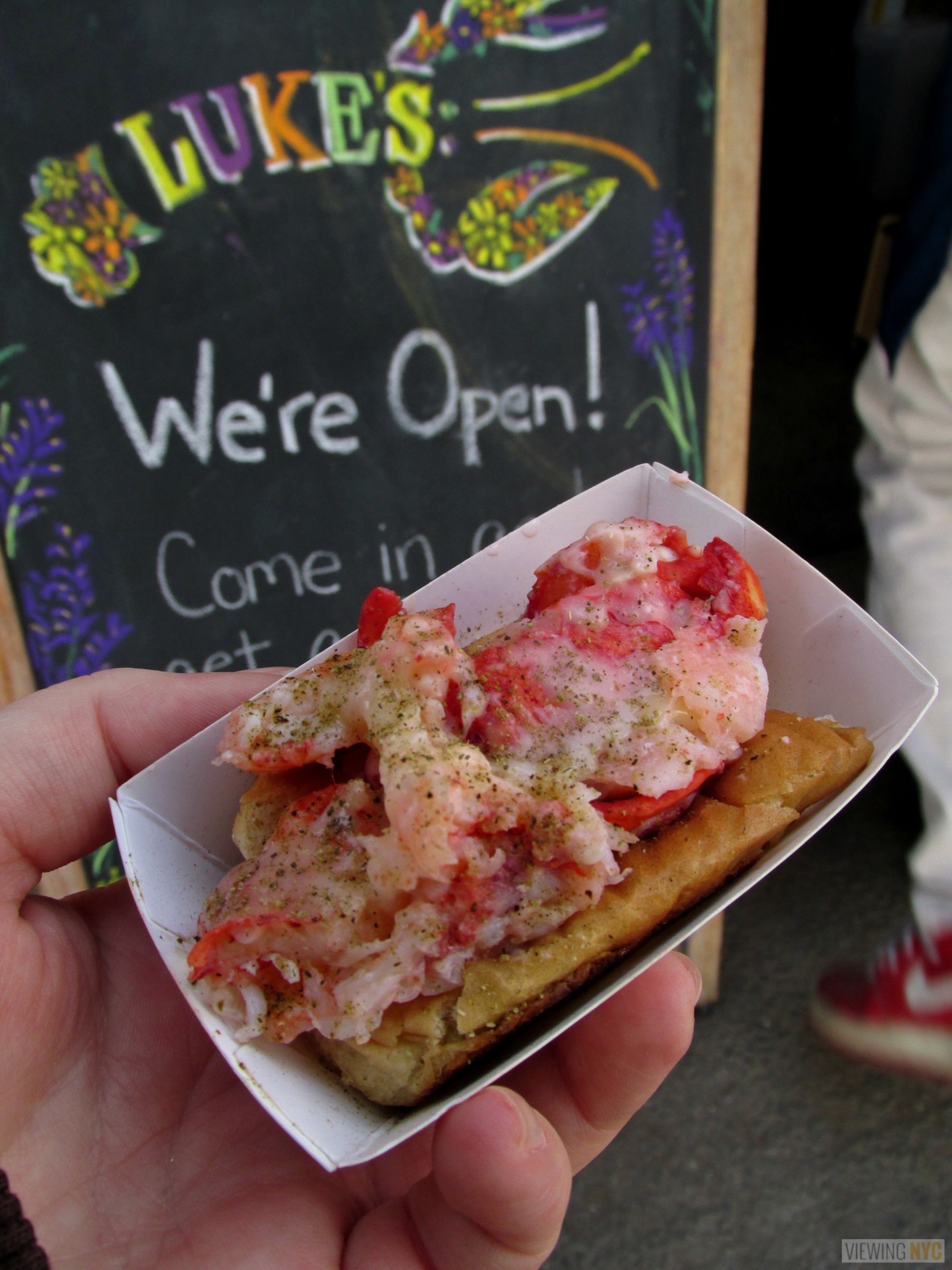 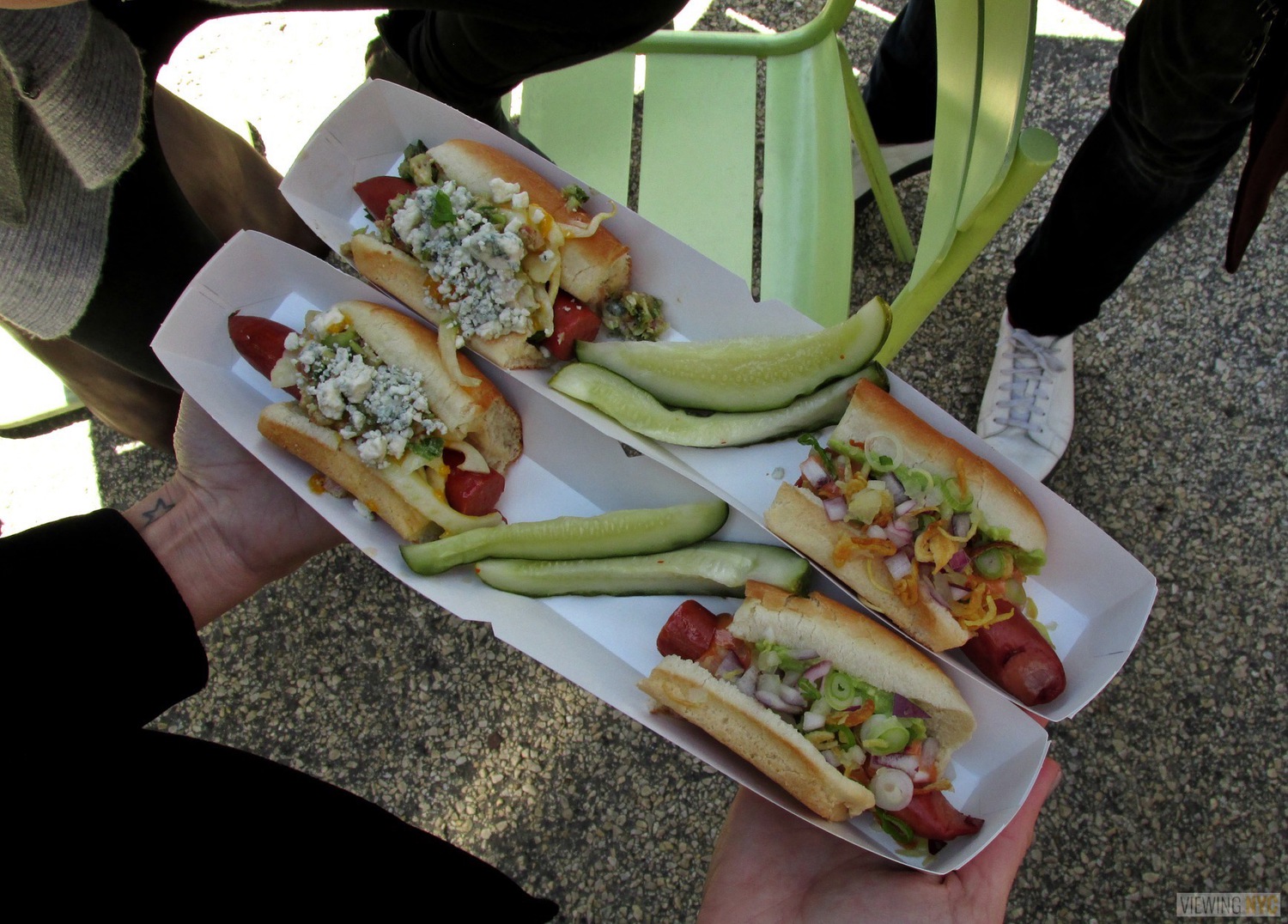 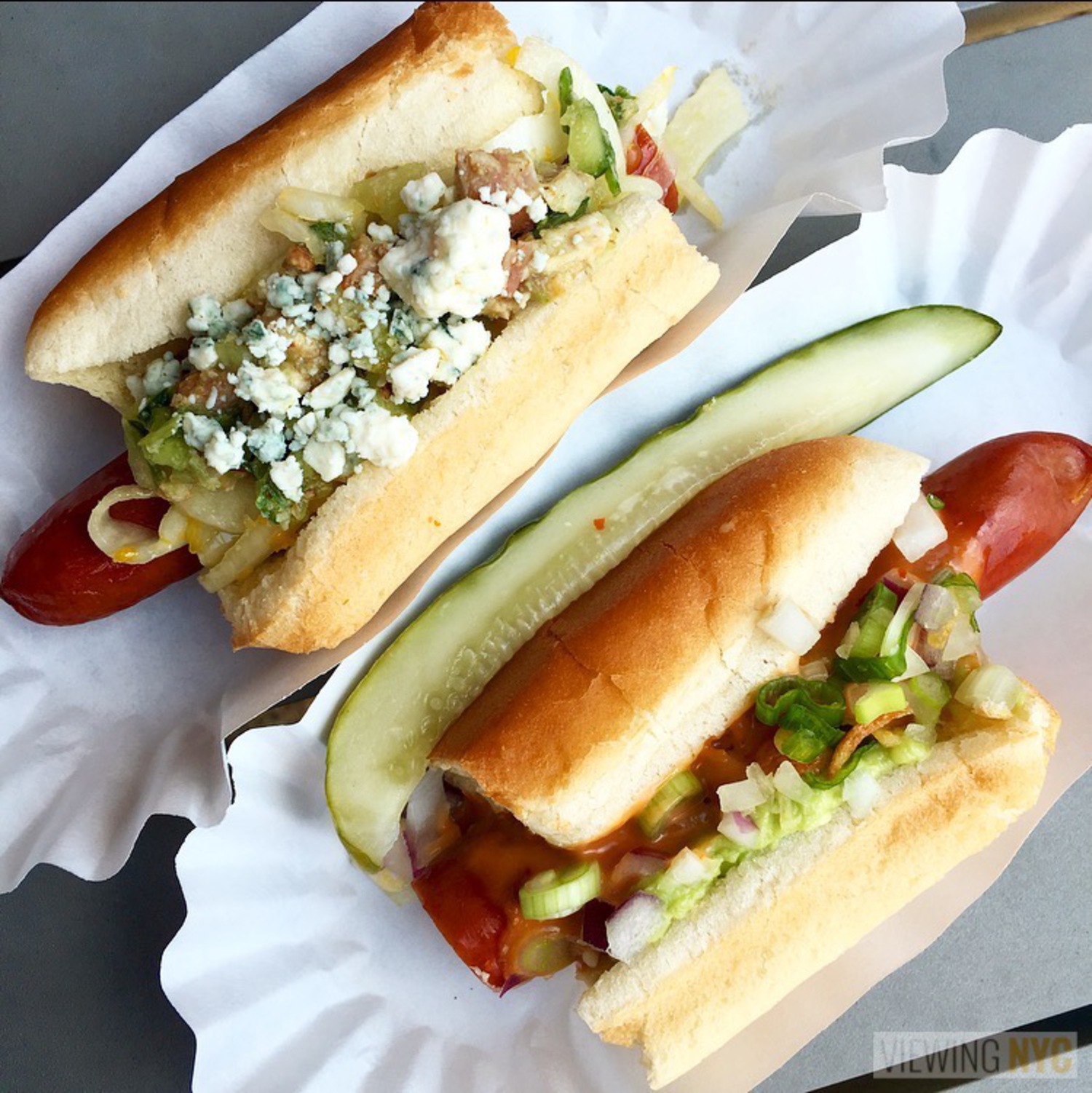 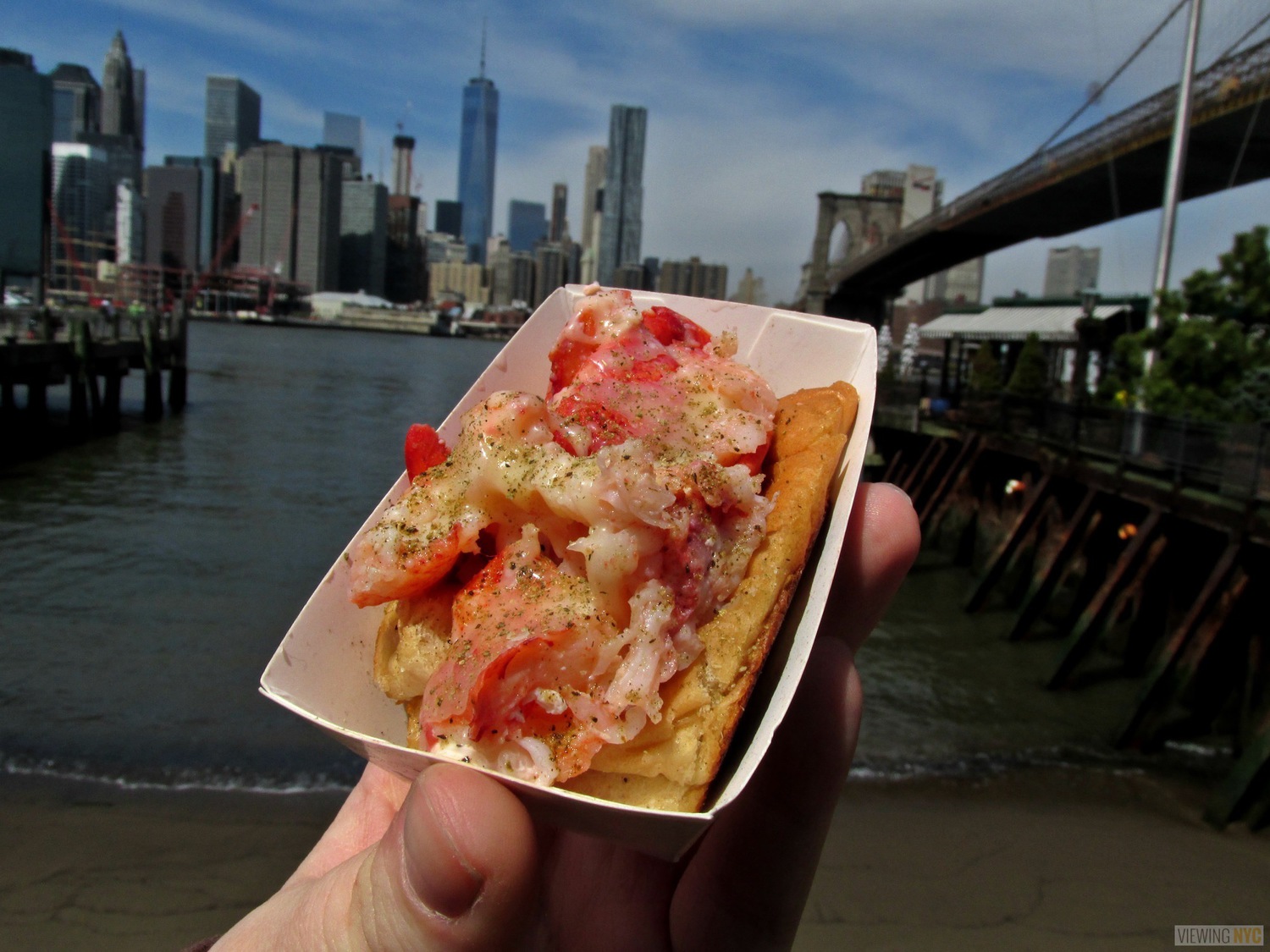 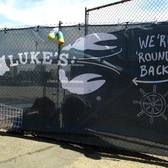 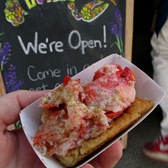 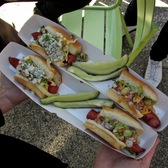 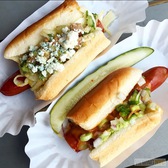 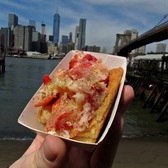 Luke's Lobster re-opened their outdoor seasonal outpost to the public today at Brooklyn Bridge Park. Serving up their classic lobster, shrimp and crab rolls, their menu hosts a multitude of others to die for, including salads, soups, and, wait for it… lobster grilled cheese (cheezus!)

Sharing their cozy shake overlooking the Manhattan skyline is No. 7 Sub's newest concept, No. 7 Park; serving up hot dogs, sandwiches, and will be releasing some new carnival style menu options. No. 7 Sub also specializes in vegetarian options such as their restaurant "No. 7 Veggie", and offers meat-free options for all of their hot dogs.

Below are some of the featured treats we sunk our claws into!

There's never much to say about a Luke's Lobster Roll. Mostly because the whole time you have half a lobster claw hanging out of your mouth. The meat was juicy, the bread just crispy enough.

Their seafood is sourced in a sustainable manner; with strict regulations to prevent over-fishing. They help promote the shellfish population by releasing fertile lobster, and tracing each fish back to the harbor from which it was caught.

The "Taste the Source" slogan refers to that connection we make for each guest from the roll they're biting into to the fisherman who caught the seafood,” says Ben Conniff, co-founder and VP of Luke's Lobster.

We taste the source, and so much more.

We tasted two hot dogs: the Blue Velvet and the Here Comes Yours Man. The latter was my favorite, with a crispness of veggies mixed with the freshness of avocado and the spice of the shallot ginger vinaigrette. It had my taste buds doing loops.

The blue cheese on the Blue Velvet hotdog was supremely delicious and the flavors were powerful and concrete.

Overall, the hotdogs were surprisingly crisp and refreshing, something unique for a traditionally heavy snack.

It was nice to spend a lunch that was not only delicious, but supporting a clearer, more sustainable future of food. We were stuffed and I had to be (lobster) rolled back home over the Brooklyn Bridge. 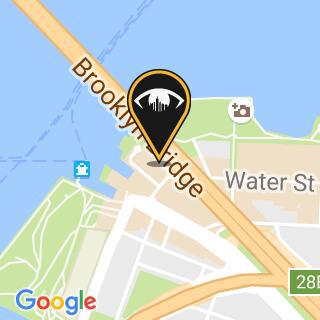 Megan Merrick is an actress, comedian, and writer, originally from Ontario, Canada. She attended the American Musical and Dramatic Academy in New York City where she studied Studio Acting. Megan loves dogs (especially the puppy variety,) Halloween (any holiday, really,) disco clubs, and drinks that are blue.