Yesterday's race marked the 8th annual race and it did not disappoint. Here's the official recap:

A sunny, but windy day in Red Hook, Brooklyn, gave way to some of the finest racing in the history of the Red Hook Criterium as familiar athletes and ambitious newcomers fought for a place on the podium in the first race of the 2015 Championship Series.

For the women’s criterium, Kacey Manderfield Lloyd, who famously won the inaugural Red Hook Crit in 2008, qualified in pole position but could only make third behind Fleur Faure and our winner for 2015 Ainara Elbusto Arteaga who had a phenomenal ride.

Thibaud L’henry, the reigning men’s champion, started 2015 as he left off with pole position in qualifying but fell to challenges from Raul Torres Pagaza and Luis Junquera, who was beaten out by Ivan Ravaioli by a wheel in the final sprint.

Check out the race highlights in the video above from DiabloNYC. 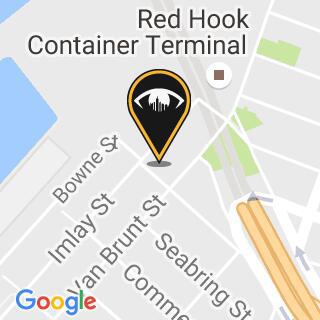 Can This Comedian Win a Race on a Big Wheel Trike Against a NYC Crosstown Bus?

Brooklyn Half Marathon is Tomorrow, Good Luck to All Runners!