Founded in 1937, the world famous Carnegie Deli is a true New York City landmark for tourists and locals alike. Situated in Midtown Manhattan adjacent to Carnegie Hall, the deli has provided mile-high pastrami sandwiches to generations of New Yorkers.

But due to multiple reasons including gas problems earlier this year, the iconic deli will close its doors for the last time this December 31st. An announcement on the Deli's social media accounts and website read:

Thank you for your loyal patronage throughout the years. However, we have very sad news. This is probably one of the most difficult decisions we have had to make. Carnegie Deli New York (854 7th Avenue) will close on December 31, 2016.

Our family-owned and operated meat processing facility and commercial bakery in NJ and other licensed locations throughout the country will operate to continue Carnegie Deli’s celebrated legacy.

We are so proud that we were able to reach an important milestone with the Deli’s 40th Anniversary in December 2016, since Milton Parker purchased the Deli in 1976 from the original owners. The Deli first opened in 1937.

Sad to see you go Carnegie Deli, you will be missed. 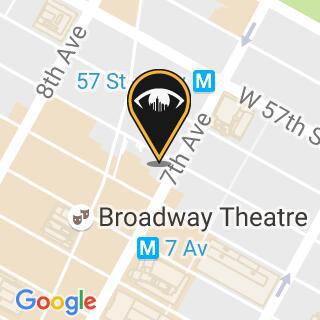