The bi-weekly series How NYC Works from local NY1 takes an in-depth look at the inner workings and day-to-day operations of the City’s five boroughs. In this episode, host Roger Clark takes a look inside the New Fulton Fish Market at Hunts Point to see just how that fish you eat gets to your table.

The Fulton Fish Market has been around since 1822. For most of that time, it was located mainly outdoors near the South Street Seaport. The operation moved inside into an $86 million city-built facility with refrigeration in Hunts Point in 2005. It now houses more than 30 seafood wholesalers that make up the New Fulton Fish Market Cooperative, handling about one-third of the city's seafood demand. 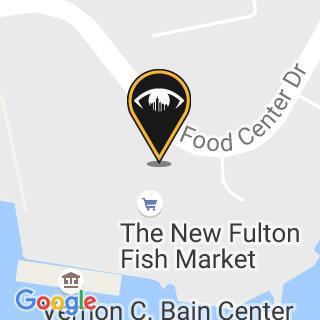