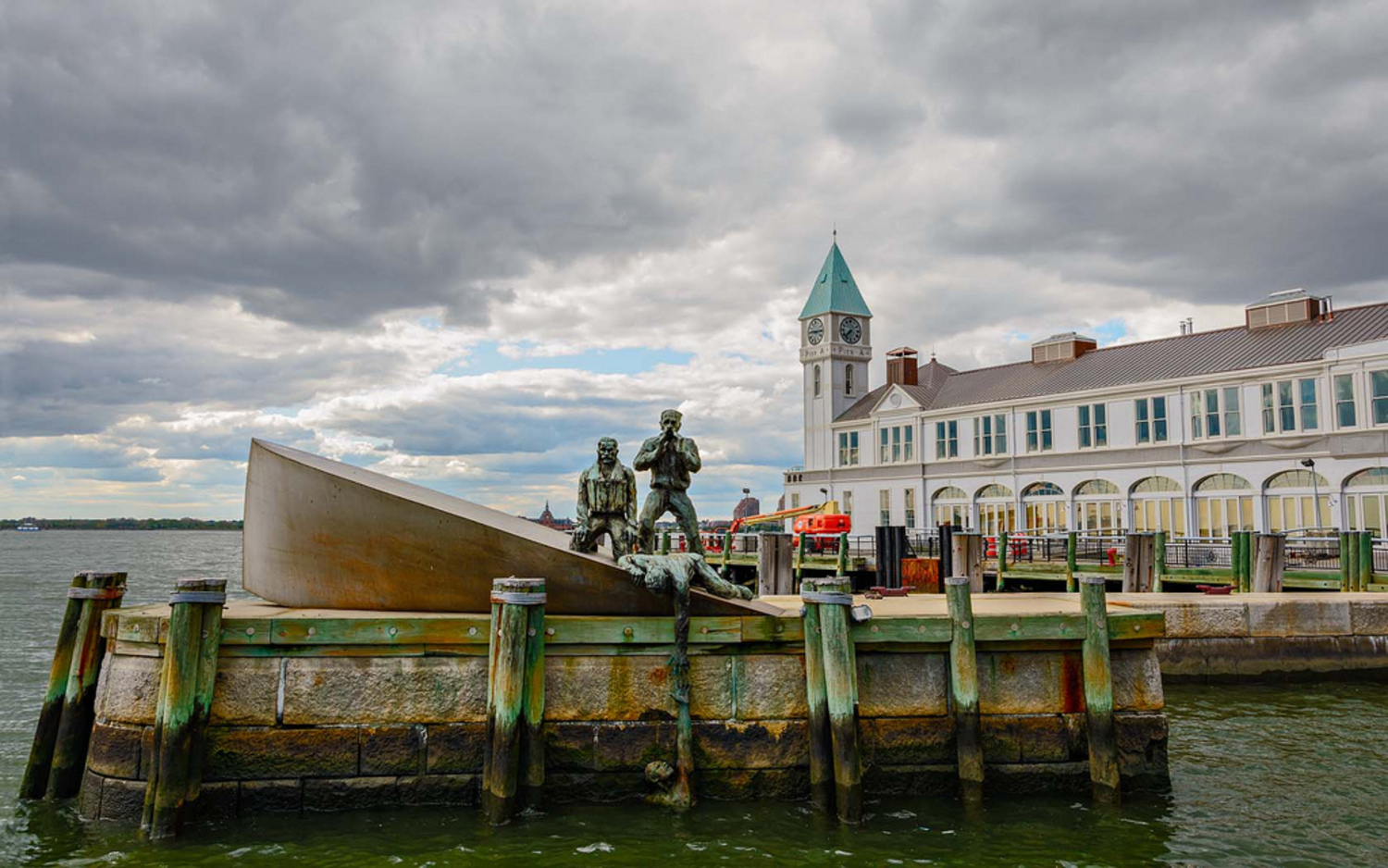 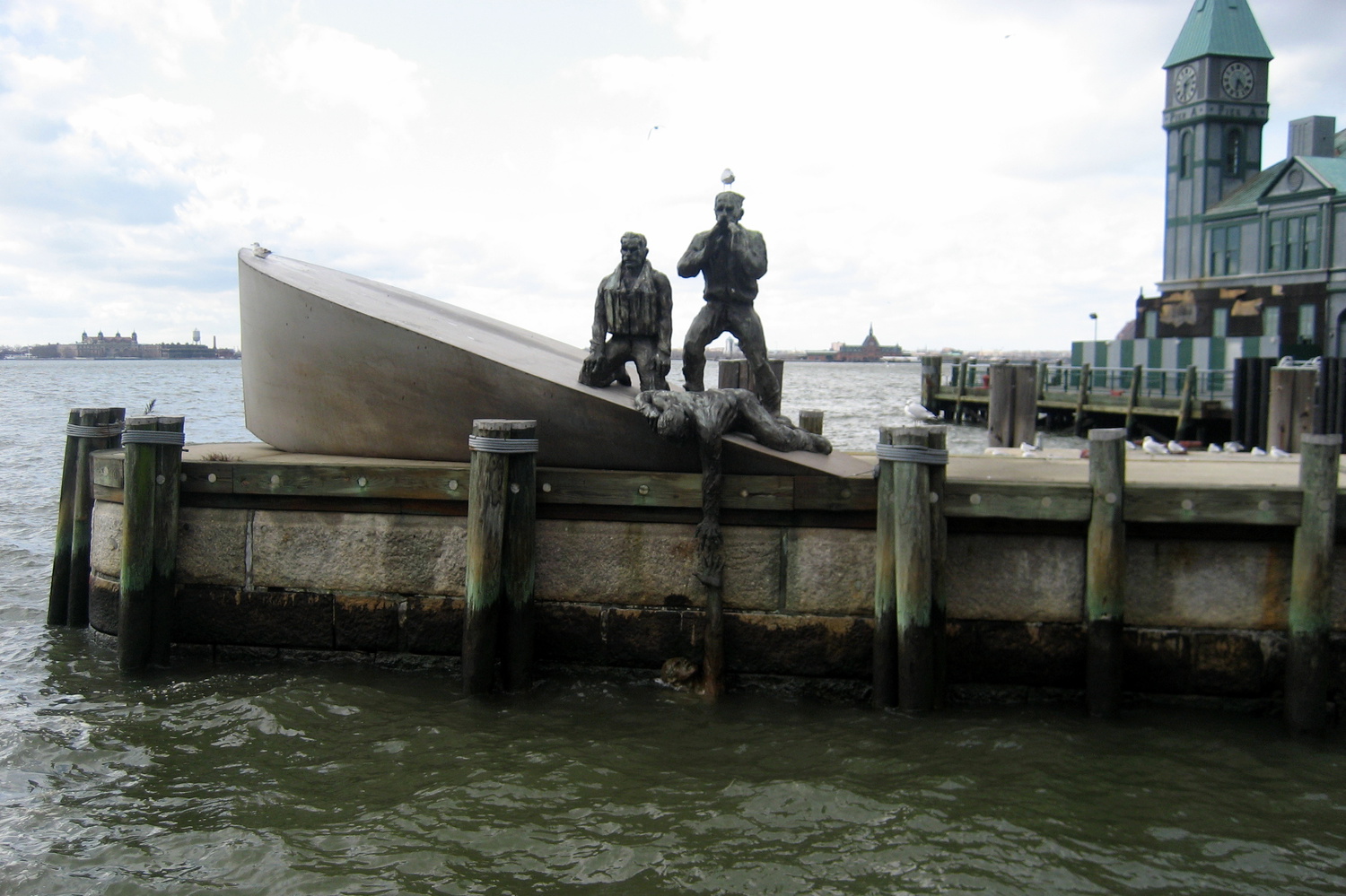 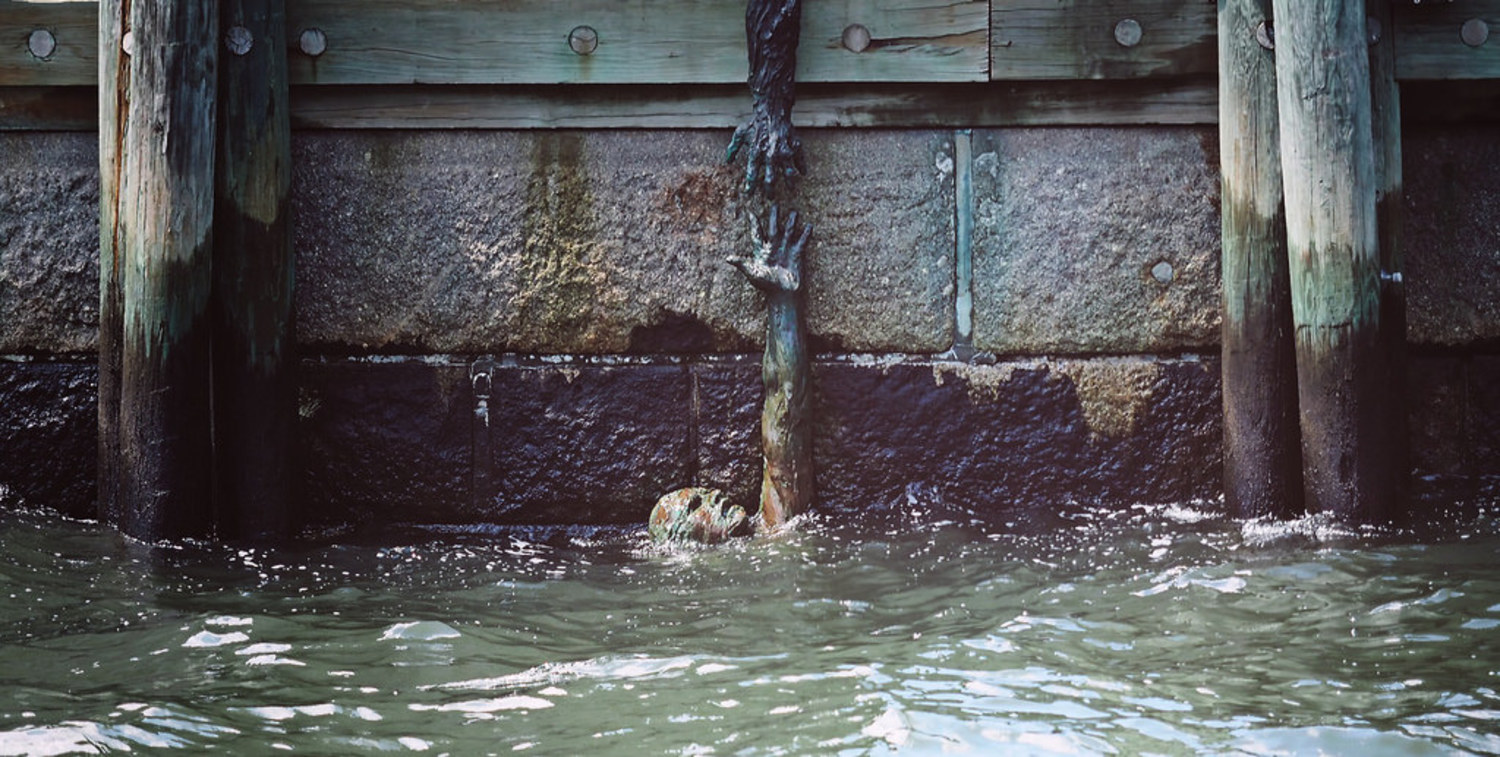 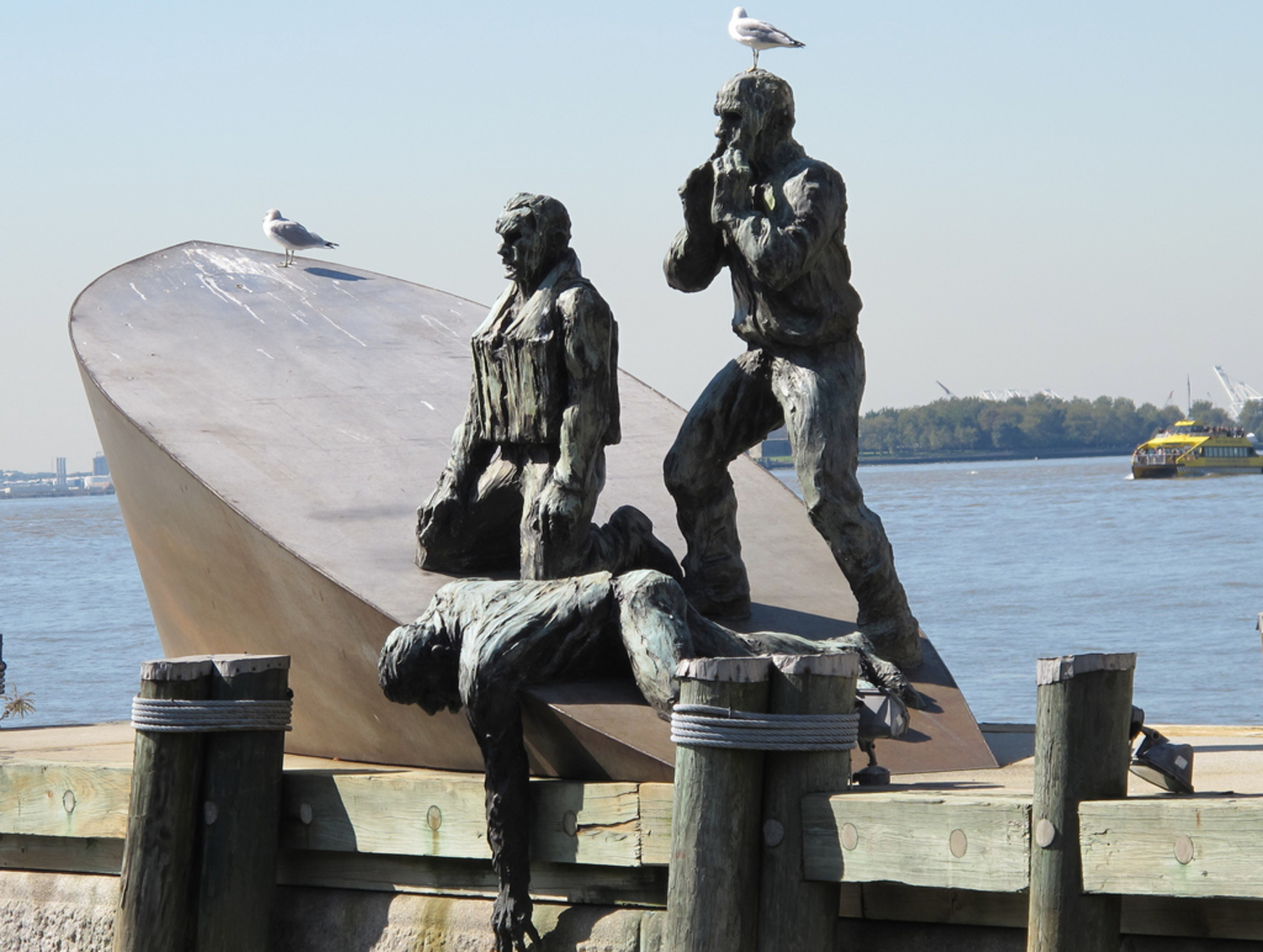 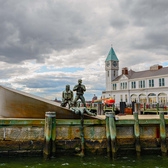 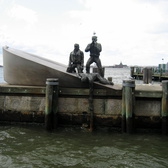 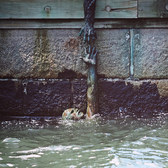 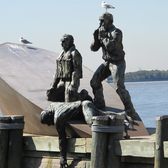 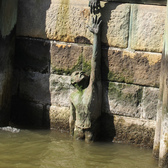 Daytonian in Manhattan recently published the tragic story behind the American Merchant Mariners' Memorial on Pier A in Battery Park.

By the end of the war, hundreds of Merchant Marine ships had been sunk. Six hundred and thirty-three Merchant Mariners had been taken prisoners of war and 6,600, including the crew of the SS Muskogee, had given their lives.

Over the subsequent years, the role of the Merchant Marine in the war was little remembered. In 1976 the American Merchant Mariners’ Memorial, Inc. was organized to commemorate the thousands of merchant ships and mariners that contributed to American military service since the Revolutionary War. A competition for the design of a memorial was held in 1988. The commission was awarded to French-born sculptress Marisol Escobar.

Escobar had chosen the events of March 22, 1942 to exemplify the heroism and contribution of the American Merchant Marines. Somewhat incredibly, the photographs taken by the German sailor that day had survived. Using the photograph of the Muskogee’s crew members clinging to the sinking ship, she developed a sculptural grouping of four figures and a stylized bow.

Installed on an obsolete stone pier off Battery Park, it was dedicated on October 8, 1991. Escobar’s powerful and moving grouping captures the last moments of the sailors’ lives. With no hope of survival, one man still tries desperately to rescue his comrade in the water—their fingertips almost touching.

Check out the full article for the full story.

via Daytonian in Manhattan 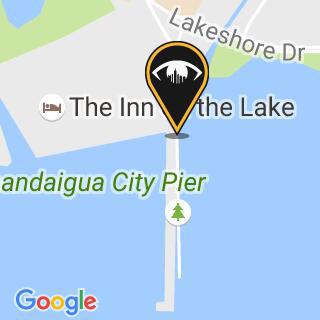 Atlas Obscura Details the General Worth Monument in Flatiron District