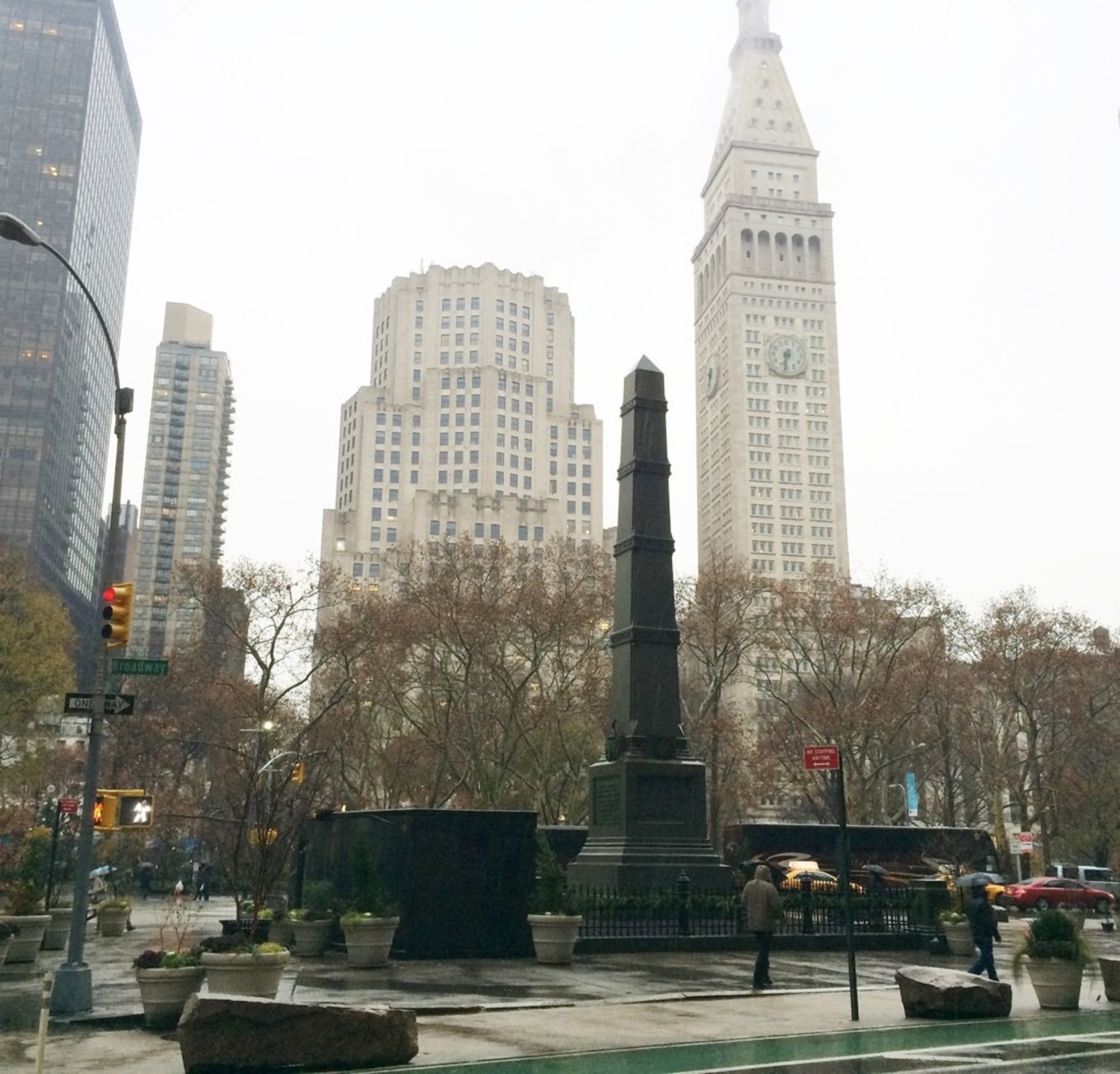 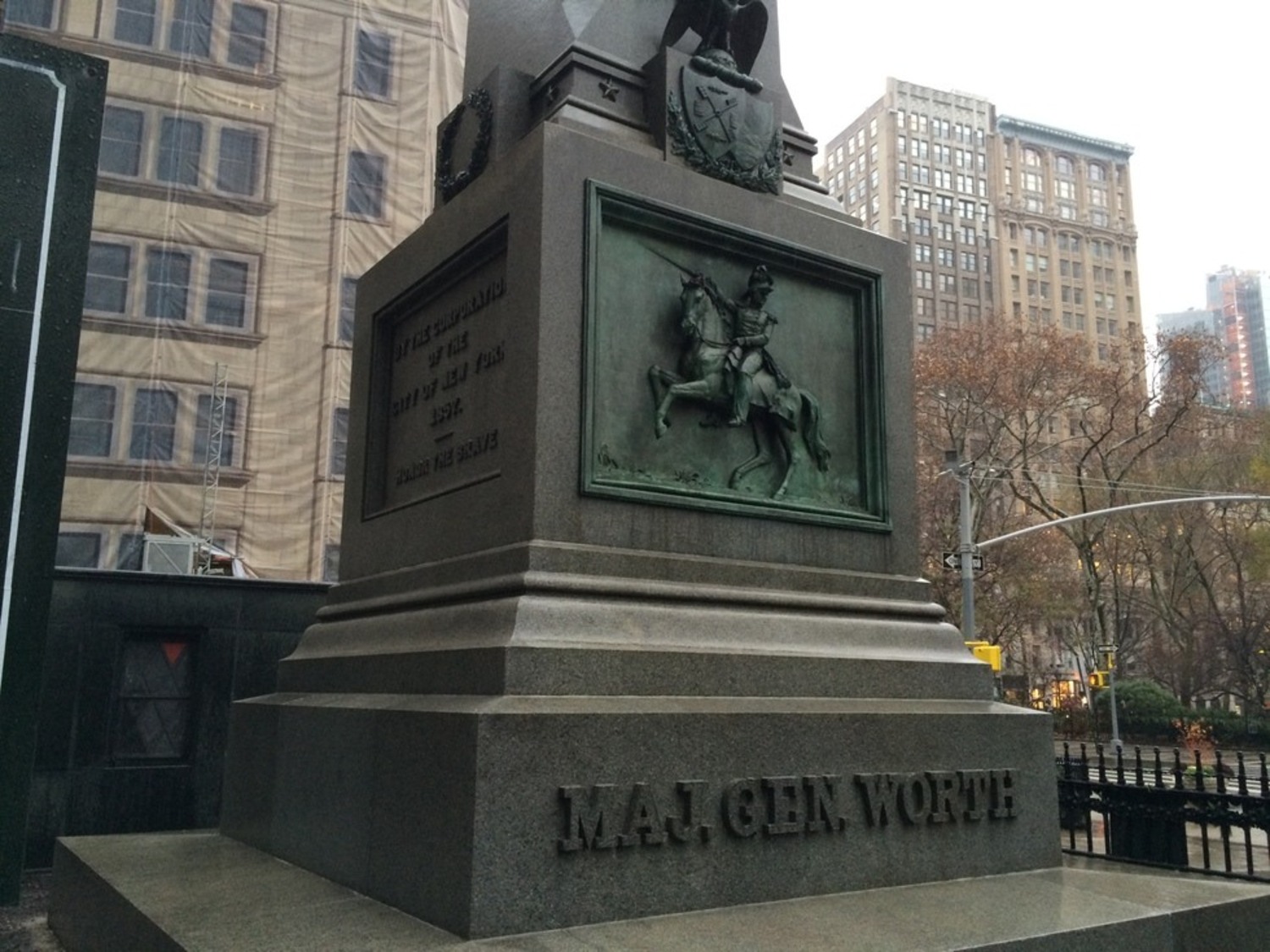 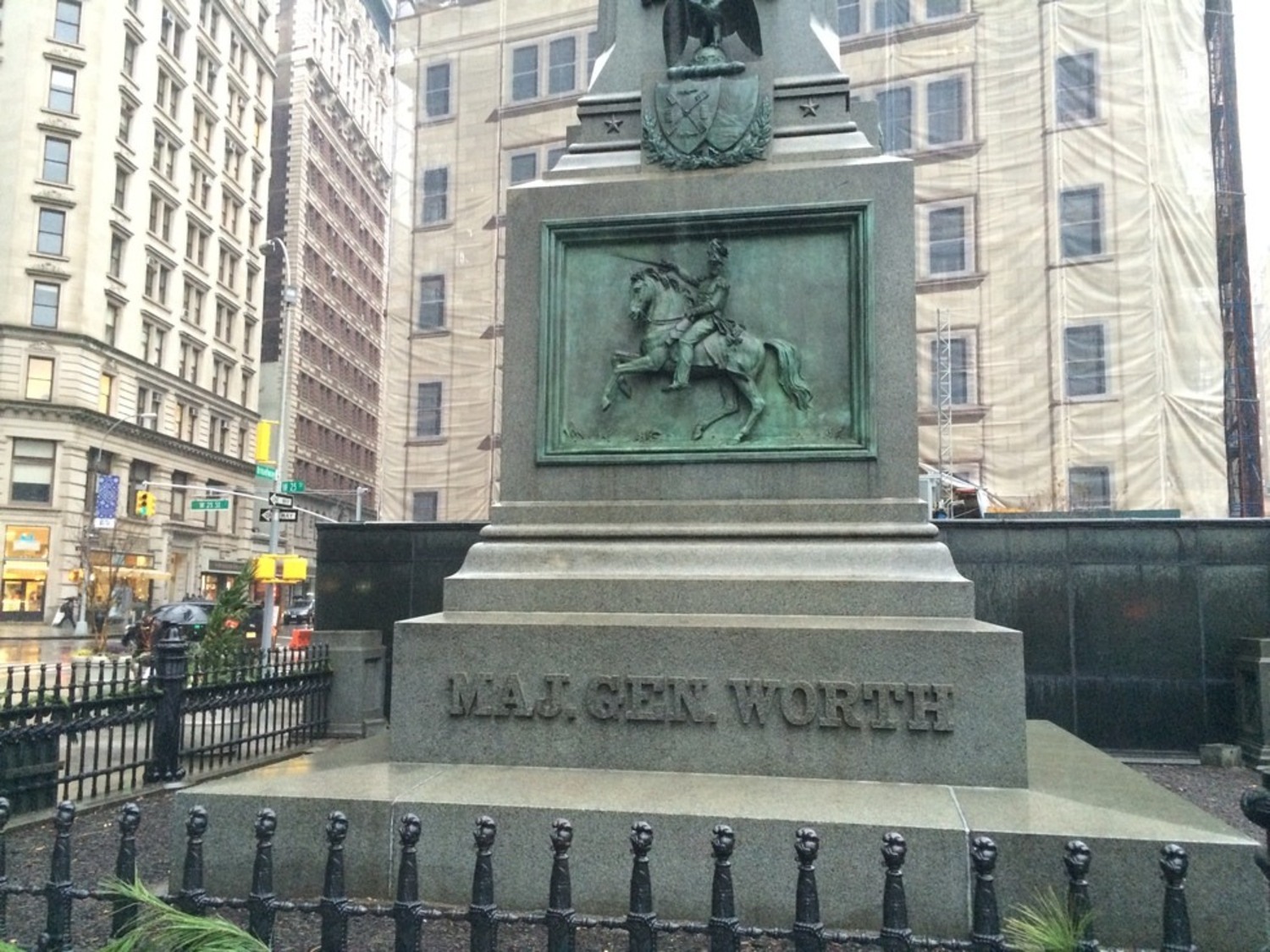 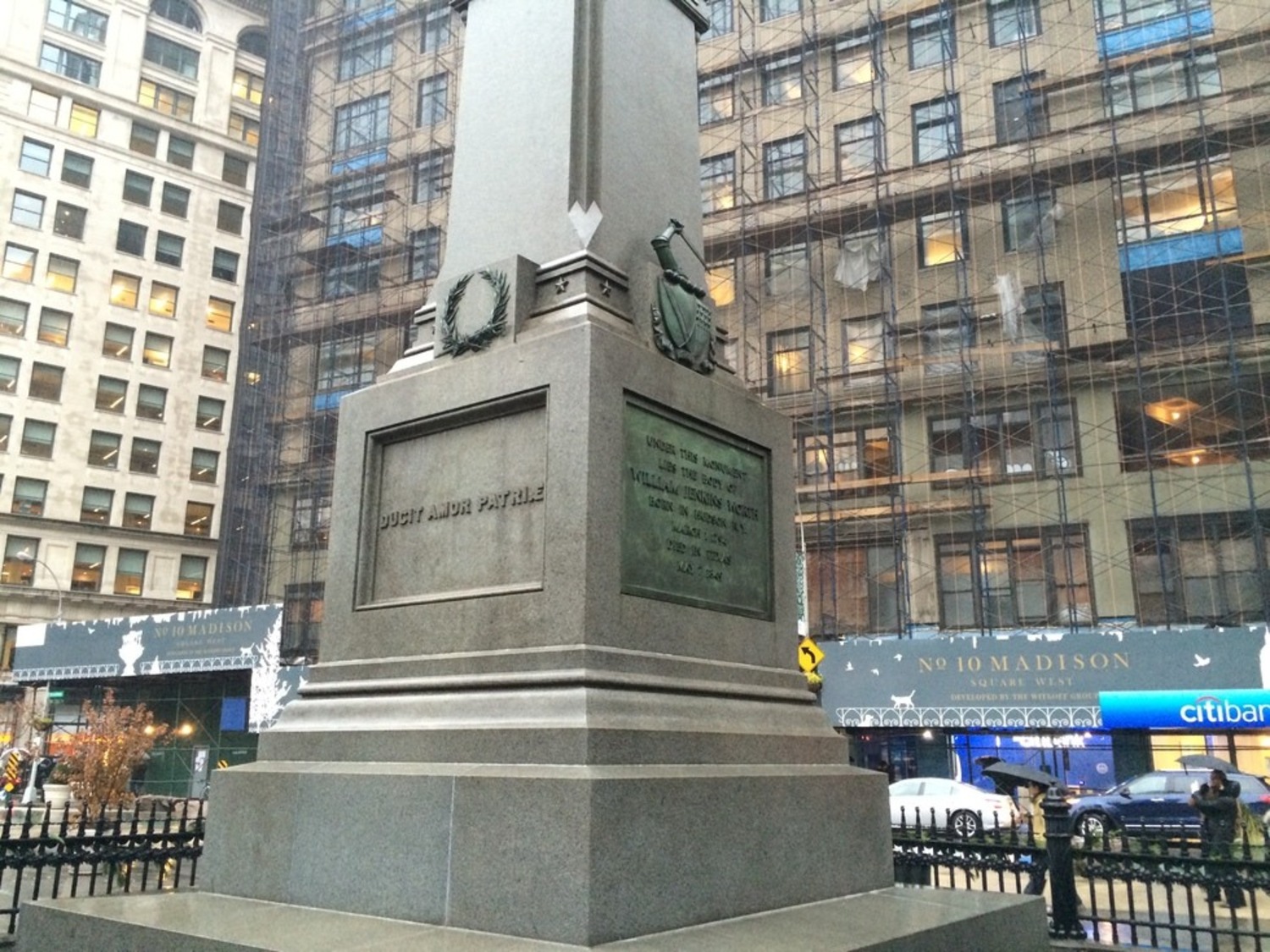 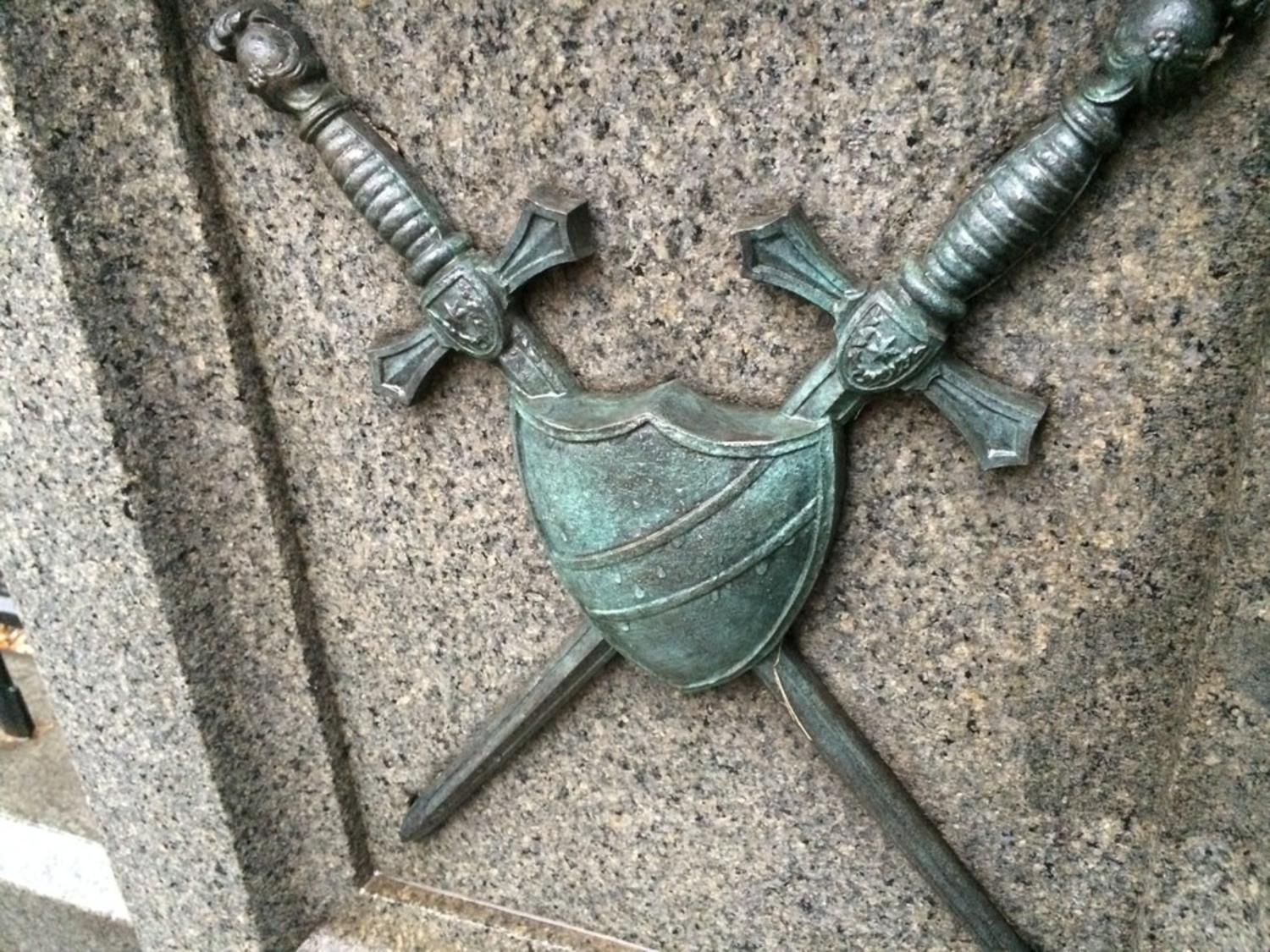 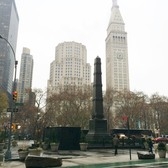 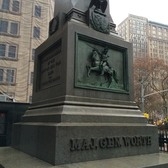 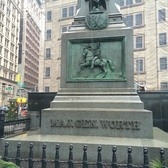 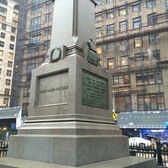 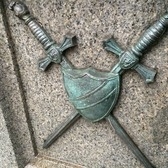 The General William Jenkins Worth Monument is an often forgotten memorial monument just West of Madison Square Park in the Flatiron District.

While most eyes are focused on the Flatiron Building and architecture around the park, the General Worth Monument holds the remains of the General responsible for the United States' victory in the Mexican War of 1846-1848.

Madison Square Park is a popular draw in New York City for both residents and tourists alike. But visitors enjoying their Shake Shack and view of the Flat Iron Building have little idea that a human body is interred in a monument at the north east corner of the Park. Inside the 51-foot obelisk lie the mortal remains of General William Jenkins Worth, one of only two monuments in New York that also serve as a mausoleum.

Check out the full article for more on the General Worth Monument. 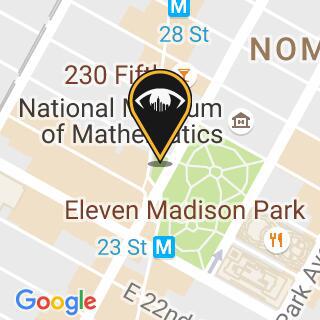 You Can Visit Harry Houdini's Tomb and Monument at Macpelah Cemetery in Glendale, Queens