The Village Voice is crafting up some fun with their 6th Annual Brooklyn Pour Craft Beer Festival! If you’ve been awaiting the onset of fall to embrace the abundance of craft beers, this is your event!

The Village Voice’s Brooklyn Pour event is one of the most highly anticipated craft beer festivals in the tri-state area, […] With our extensive lineup of participating breweries excelling each year, we are thrilled to announce our initial line up.

In case you needed another reason to attend, The Village Voice has teamed up with Badass Brooklyn Animal Rescue, a non-profit organization that rescues adoptable dogs from high kill shelters in the southern United States. A portion of the proceeds from the event will be donated to the charity.

The festival will take place Saturday, September 24, 2016 at the Brooklyn Expo Center from 3pm to 6pm. Tickets are available now and offer unlimited tasting options and a souvenir tasting glass. 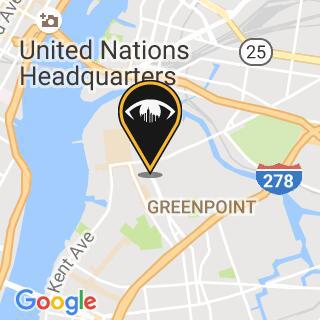 Jessica lives in Brooklyn. She is a lover of poetry, eating Mexican food and people watching in the city.

Check Out the "Brew Hop", a Boozy 5k Run and Craft Beer Fest This Weekend

This Summer, Get a $37 Beer Passport Good for 38 Craft Beers