The Knickerbocker was built in 1906 by John Jacob Astor IV on the corner of 42nd and Broadway, right in Times Square.

At the time, the area was an elegant, upscale part of town and a luxury hotel was necessary to house wealthy and esteemed guests when they would visit. Upon prohibition, the hotel was converted into offices for almost a hundred years.

After nearly a century of containing offices and retail shops, the recent completion of a $240 million gut renovation to convert The Knickerbocker back into a luxury hotel by modern standards has returned the hotel to it's former glory.

To celebrate the renovations, and also to commemorate the hotels 109th anniversary, a drawing for a one-night, $2 stay is being offered by the hotel.

For a chance to win an epic staycation, register through the hotel's website no later than October 16th. 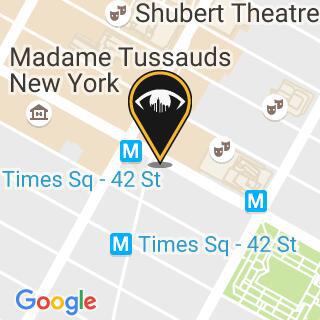 190 Bowery Will Soon Be Scrubbed of Graffiti

Deals: Get an Audio Tour of Grand Central Terminal for Just $5