After 43 seasons filming "Live from New York", NBC's Saturday Night Live has amassed quite the list of comedians, each one with different time lines, starting seasons, seasons on the show, and character counts. Redditor lane_dog wanted to quantify this data, so s/he analyzed the cast members in every scene ever aired to see which members have worked with the most other members.

Actors are connected if they appear in a sketch together. Nodes are sized by the number of connections, and colored by modularity (community).

According to the analysis, the top 5 most connected comedians on the show are:

via Data Is Beautiful 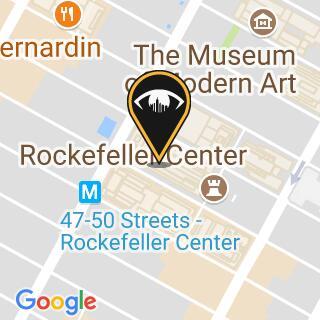 Vintage Aerial Photograph of Midtown Skyscrapers and Times Square Circa 1920