Devoted exclusively to historic and contemporary design, the immersive and focused Cooper Hewitt Smithsonian Design Museum on Museum Mile currently features a carefully curated exhibition on “Beauty,” a sweeping philosophical inquiry into the expressions of beauty within the following seven categories: extravagant, intricate, ethereal, transgressive, emergent, elemental, and transformative. The exhibit is the fifth installment in the museum's triennial series and is coming to a close on August 21.

As featured previously on Viewing.NYC, the Cooper Hewitt is a museum for people who hate museums: visitors can put their cameras and phones aside by scanning exhibit codes with a recording “pen” and code for home downloads; visitors are prompted to engage and even interact with art exhibits and design paradigms, such as the “immersion room.” The sculpture garden, free from 8 am and on, is an artistic oasis perfect for picnics and children.

Still, beyond the museum’s inviting and accessible media, visitors will be overwhelmed by the eclectic curation of “Beauty.” Pat McGrath’s photography and architectural design highlight and then blur the boundaries between extravagant and decadent, and then later between intricate and transcendent. Sou Foujimoto’s “Architecture is Everywhere” is comparably enchanting and disorienting in its discovery of building structures in everyday objects—but on a miniature scale.

On the third floor, the Haas Brothers’ recent “Afreaks Series” highlights 25 intricately beaded animal-like objects, each built out of layered beadwork completed by women from the Khayelitsha settlement outside of Cape Town. Here, too, the viewer is pushed to her limits regarding normative definitions of beauty in thinking about the place of the freak or excluded body, both politically and artistically.

And don’t miss the fascinating emergent art objects and forms, including Max Lamb’s pewter and copper tables and chairs cast in sand and Daniel Brown’s 3-D flower animations based on mathematical formula and computer code.

Cooper Hewitt is more than a museum—it’s a museum experience that educates about art’s principles and design even as it entertains. You’ll be captivated by nearly every art and design object, and you’ll feel comforted, too, to know that the entire museum can be viewed in about two hours.

Be sure not to miss “Beauty” before its closing next month on August 21st.

And be sure not to miss the hypnotic movement of the digital clock made out of 288 analog clocks, “A Million Times,” in the museum’s lobby. 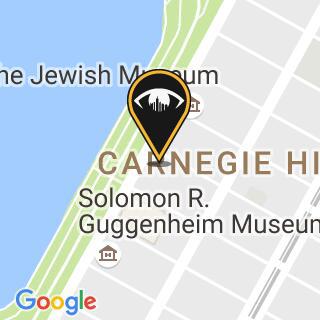