Though it may seem like any other sports bar restaurant, Atlantic Social is actually owned by the one-time Top Chef, Dale Talde who owns other notable establishments in the City. One of the unique dishes he offers at his Brooklyn sports bar is chicken pot pie ramen which combines the two American and Japanese classics. It’s a medley of savory and scrumptious flavors that will leave any customer utterly content. Along with this unique dish, Talde’s establishment offers much more.

Pastas, pan pizzas, bar fare, and entrees like a 14-ounce ribeye and a lobster dinner (lobster roll, chowder, and Old Bay fries), all with that signature Talde twist. For example: a Spanish version of loaded potato skins, served with chorizo, Manchego, and a spicy aioli.

Pop in for a delectable lunch, right across from the Barclays Center in Fort Greene. 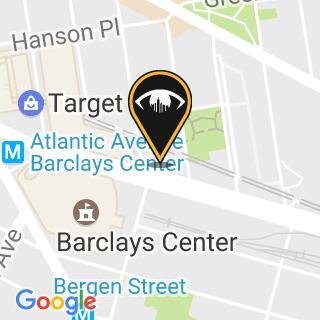 Emily is a Long Island Native, with close ties to Queens and Brooklyn. She loves playing the ukulele, traveling to interesting cities, experimenting with different cuisines, and petting as many dogs as possible.

Check Out the Pho Soup Dumplings in This New Chinatown Restaurant

[VIDEO] Ichiran, a Midtown Ramen House That Lets You To Eat In Total Isolation