Other Half Brewing Co. is a small brewery started by three local guys — Samuel Richardson, Matt Monahan and Andrew Burman —
that makes craft beer out out of Carroll Gardens in Brooklyn.

One of their better beers is an IPA called Hop Showers, and the team from beer blog I Drink Good Beer recently took a tour of the brewery, capturing the canning process.

Hop Showers is a short little video I shot for my blog I Drink Good Beer. It features local beer maker Other Half Brewing Company in Brooklyn, New York City.

The music featured in the video is The Custodian of Records — "Criddicks".

While the short above focuses mostly on the canning and packaging of the Hop Showers IPA, this video from Other Half shows a bit of the brewing process behind the scenes.

via I Drink Good Beer 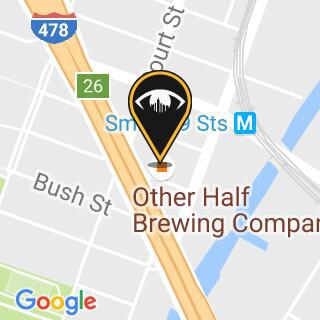 Other Half Brewing Company

Peek Inside Brooklyn's Other Half Brewing Company in Caroll Gardens