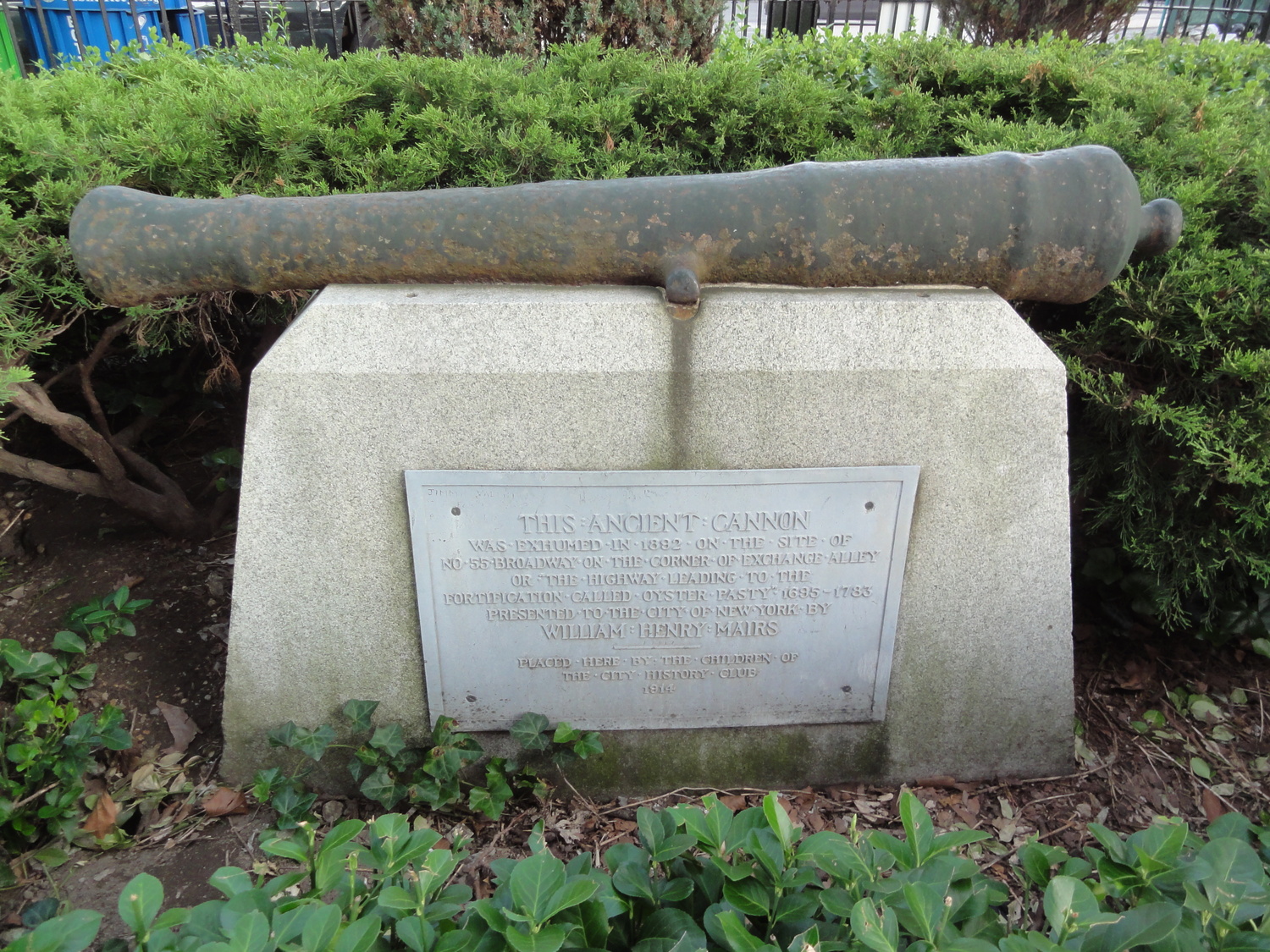 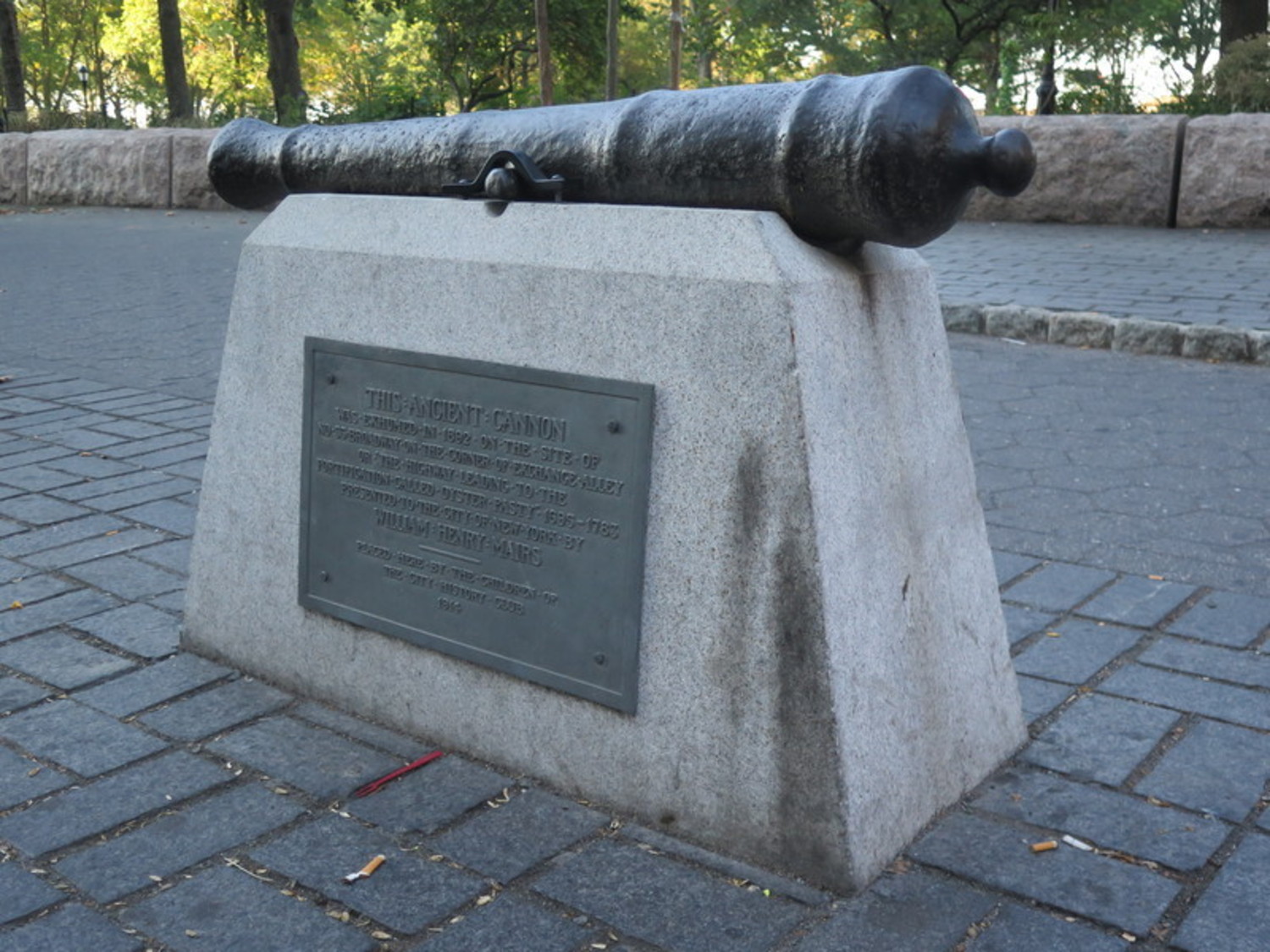 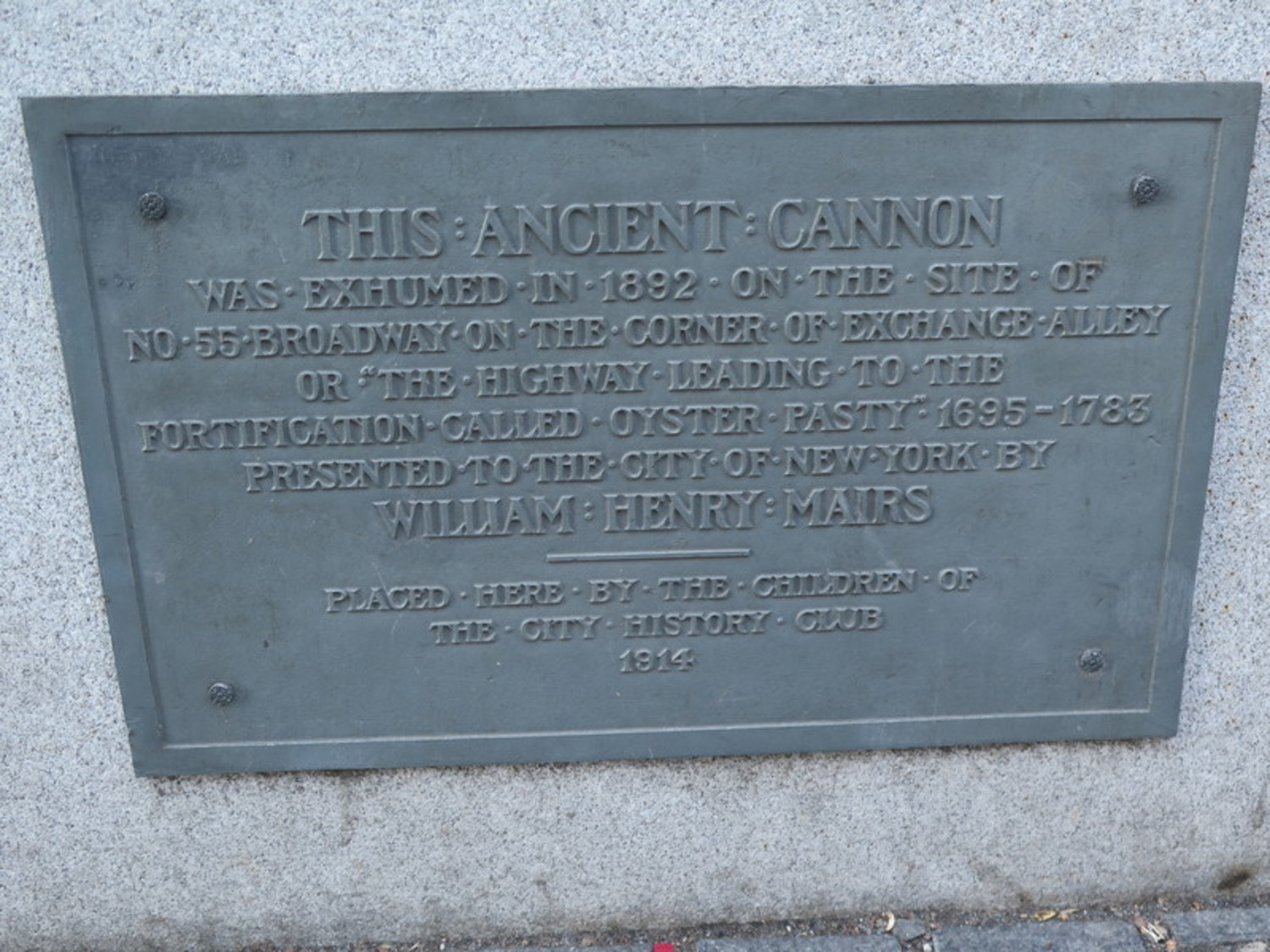 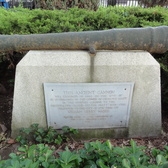 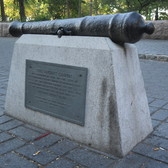 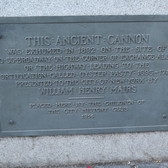 Located on the north-east edge of Battery Park in Lower Manhattan, the Battery Park Cannon sits in full public view, passed by thousands of times each day with most not knowing the significance of the old gun. Dating back to 1660 or earlier, the cannon is the oldest European artifact in New York City, mounted along a path to British Fortifications known as "Oyster Pasty". The location is so old it even appears on the City's oldest map, the Castello Plan. The inscription on the plaque reads:

THIS ANCIENT CANNON / WAS EXHUMED IN 1892 ON THE SITE OF / NO.55 BROADWAY ON THE CORNER OF EXCHANGE ALLEY / OR THE HIGHWAY LEADING TO THE / FORTIFICATION CALLED OYSTER PASTY 1695-1783 / PRESENTED TO THE CITY OF NEW YORK BY / WILLIAM HENRY MAIRS / PLACED HERE BY THE CHILDREN OF / THE CITY HISTORY CLUB / 1914