During the Civil War personal identification of soldiers killed and severely wounded in combat was daunting, because of inadequate record keeping in both the Union and the Confederate armies. An early attempt to ID them was called "name discs" or "soldier pins" but this met with limited success. Historians estimate that 50% of those killed in the Civil War were simply marked unknown.

In World War I, aluminum discs the size of silver half dollars were required for all military service members. They had to wear two ID tags-- one remained attached to the body of the deceased, while the second was used to mark the coffin or grave site, often where they fought and died.

In World War II, military service members were issued a metal rectangular shaped ID tag, similar to those of today, with a notch on its bottom edge. It was during World War II the nickname "dog tags" was adopted. (Some historians think it is likely that the nickname "dog tags" comes from Thomas Jefferson, as he wrote the first dog license law in Virginia, requiring dog owners to license their dogs to identify those that were killing sheep.)

During World War II, NYC Teachers were also trained in civil defense and first aid. The Board of Ed distributed emergency equipment to teachers, and this included ID’s similar to the military "dog tags". Students on the East and West Coasts, and near defense production areas, were to wear the ID tags, in case the enemy brought the war directly to our shores. In New York City, students not only wore dog tags, but also were finger printed. The School defense council arranged for public, parochial and private schools to wear emergency ID dog tags around their necks, and by 1942, 1,600,000 NYC school children had received tags, embossed with their name, date of birth, school district and a serial number.

In 1942, Rosalind Weiss Rothman attended public school on the upper west side of New York, and she said the children were required to wear the tags everyday.

I even remember one air raid warning (not a drill) I was at the Museum of Natural History with my class…the alarms sounded. Our tags were checked so that we could be returned to our homes. The whole city shut down.

From February 20, 2017–February 15, 2018 we had an exhibit at Gracie Mansion titled "New York 1942" and were fortunate to have one on loan from the New York Historical Society: Rosalind's circular brown dog tag. It was made of Bakelite, just over an inch long, with the inscription: "R.Weiss/8-12-39/8-1629NMC". Just seeing it makes me wonder how a child and parent felt when putting this "necklace" on as one of the daily rituals for getting ready for school. With all the various tour groups going through Gracie, I recall only one woman saying, "Oh I still have mine." 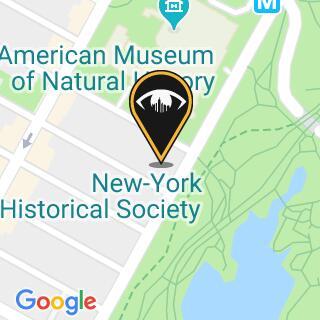