8 Bit And Up is a great independently owned video game store in the East Village that has tons of vintage games from Nintendo NES, Sega Genesis, Atari and older consoles, new games for newer consoles, and everything in between. They hold weekly gaming tournaments for some of the vintage games as well. Check it out in this short video from SYFY WIRE.

8 bit & Up in New York's East Village sells vintage video games and holds a tournament every Thursday called 8-Bit Dojo. Take a tour of the store - and learn the unique (but very understandable) way they score some of their best games. 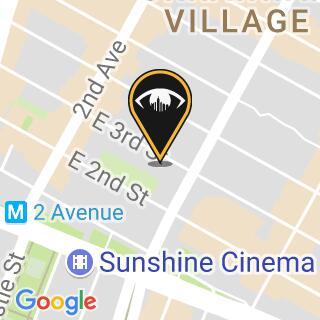 Check Out "Newyorkémon", the Latest Real-Life Parody of Pokémon Go