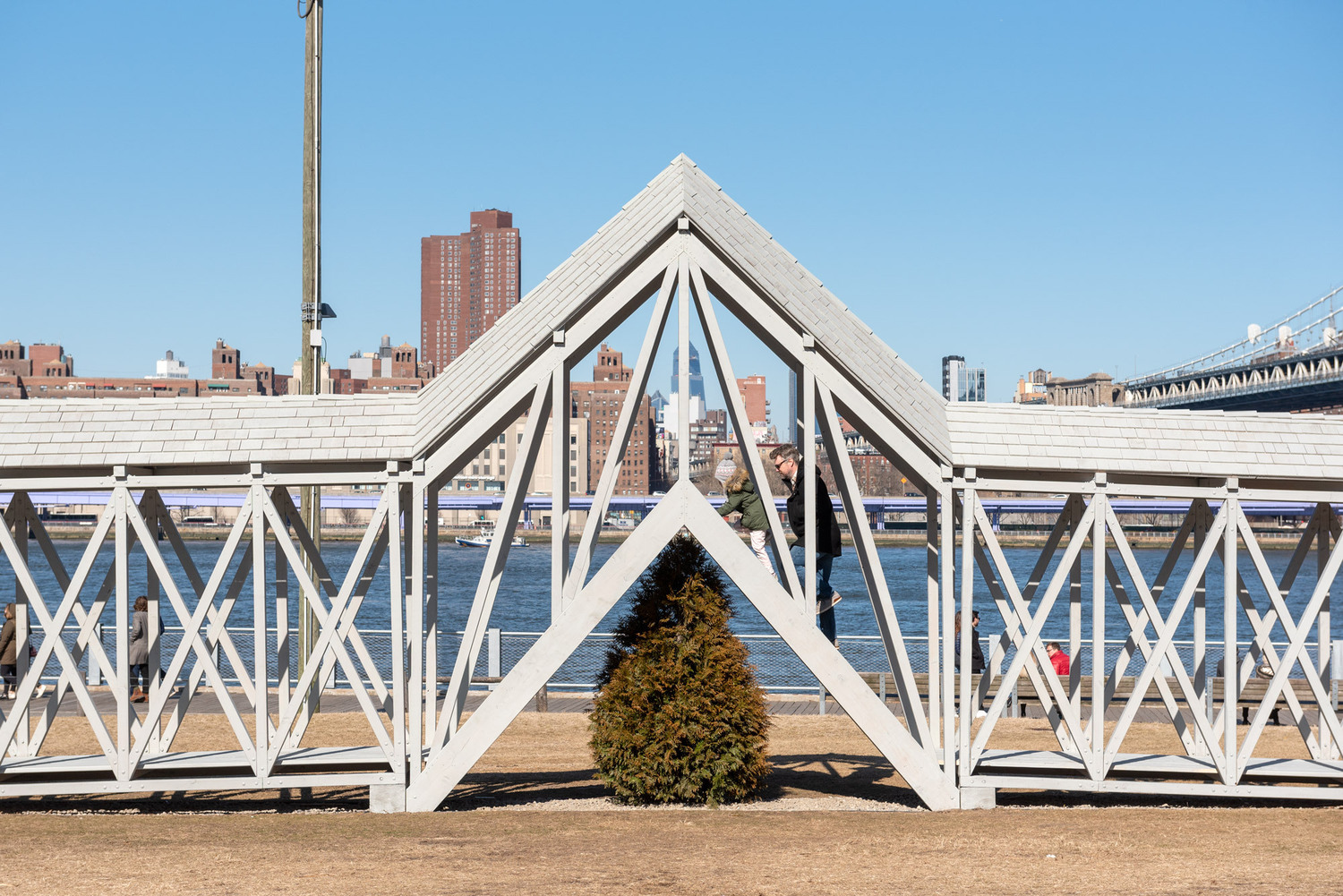 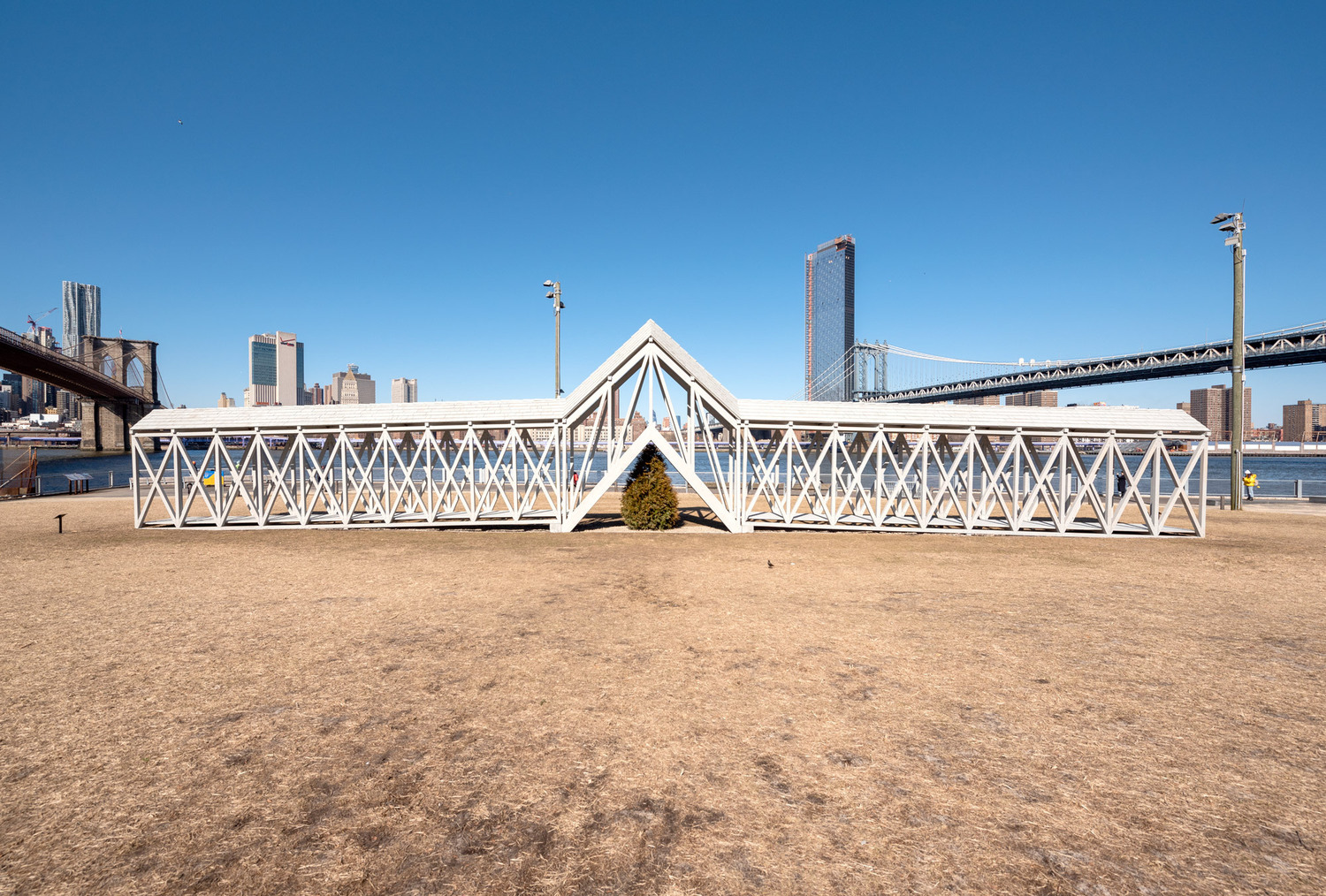 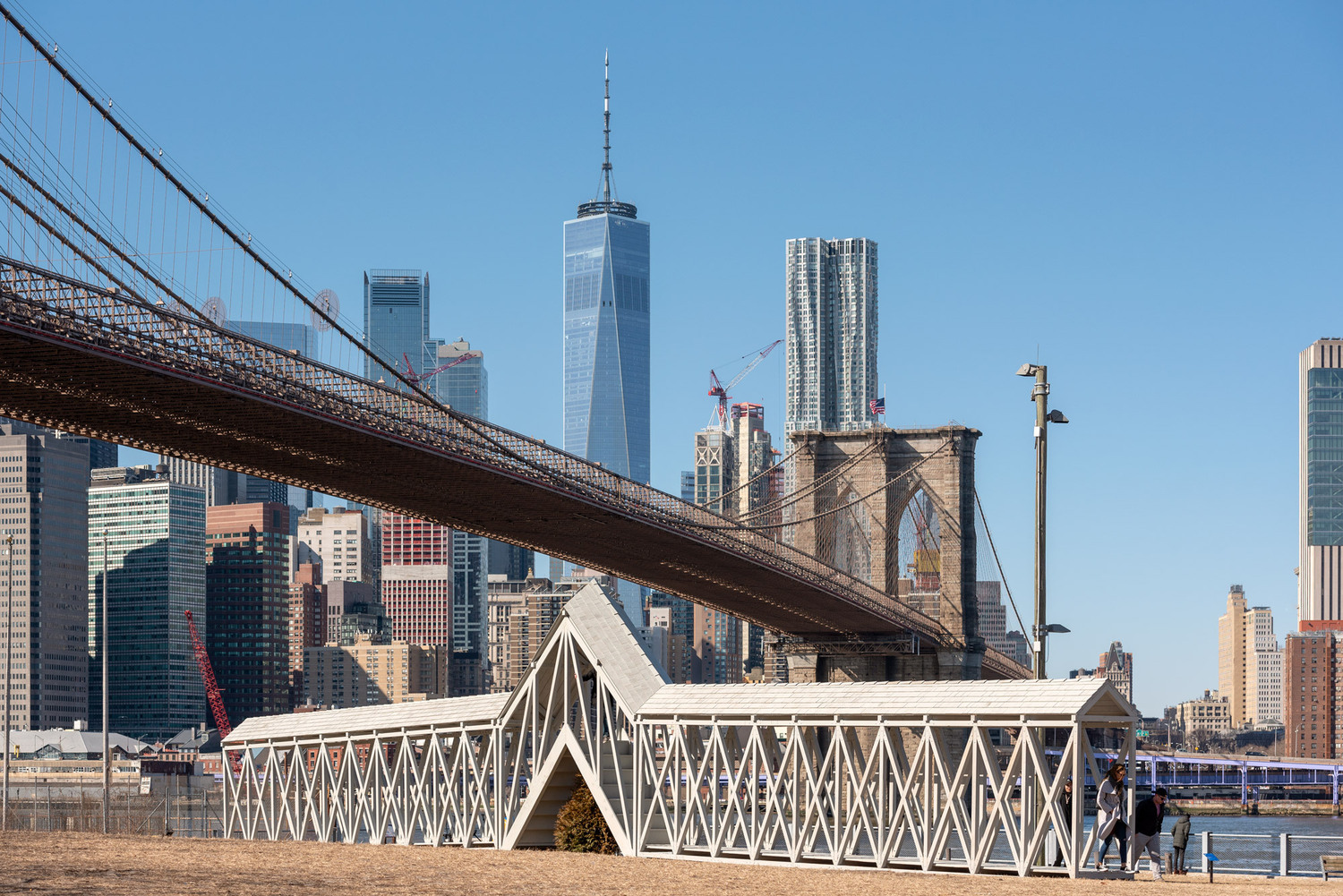 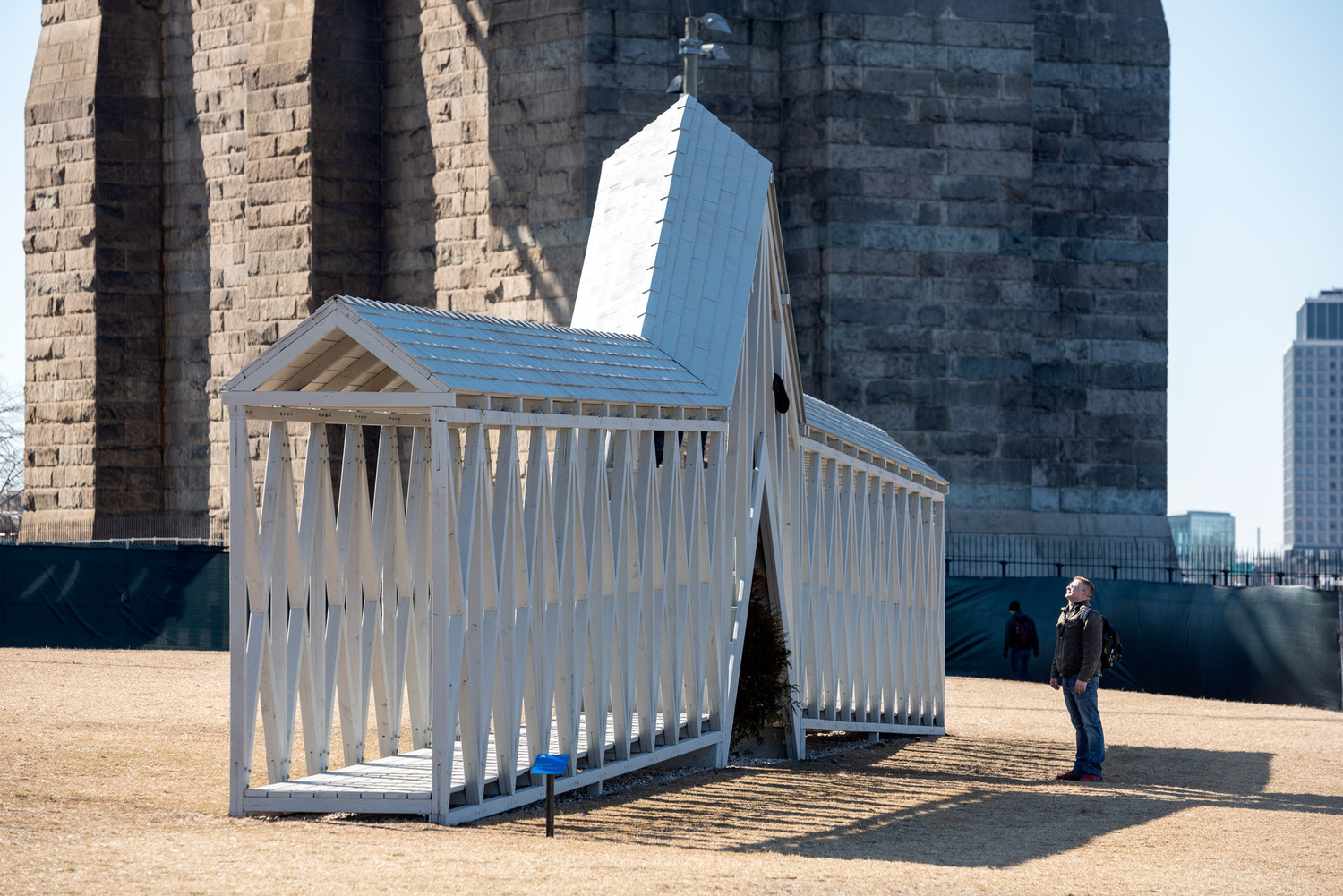 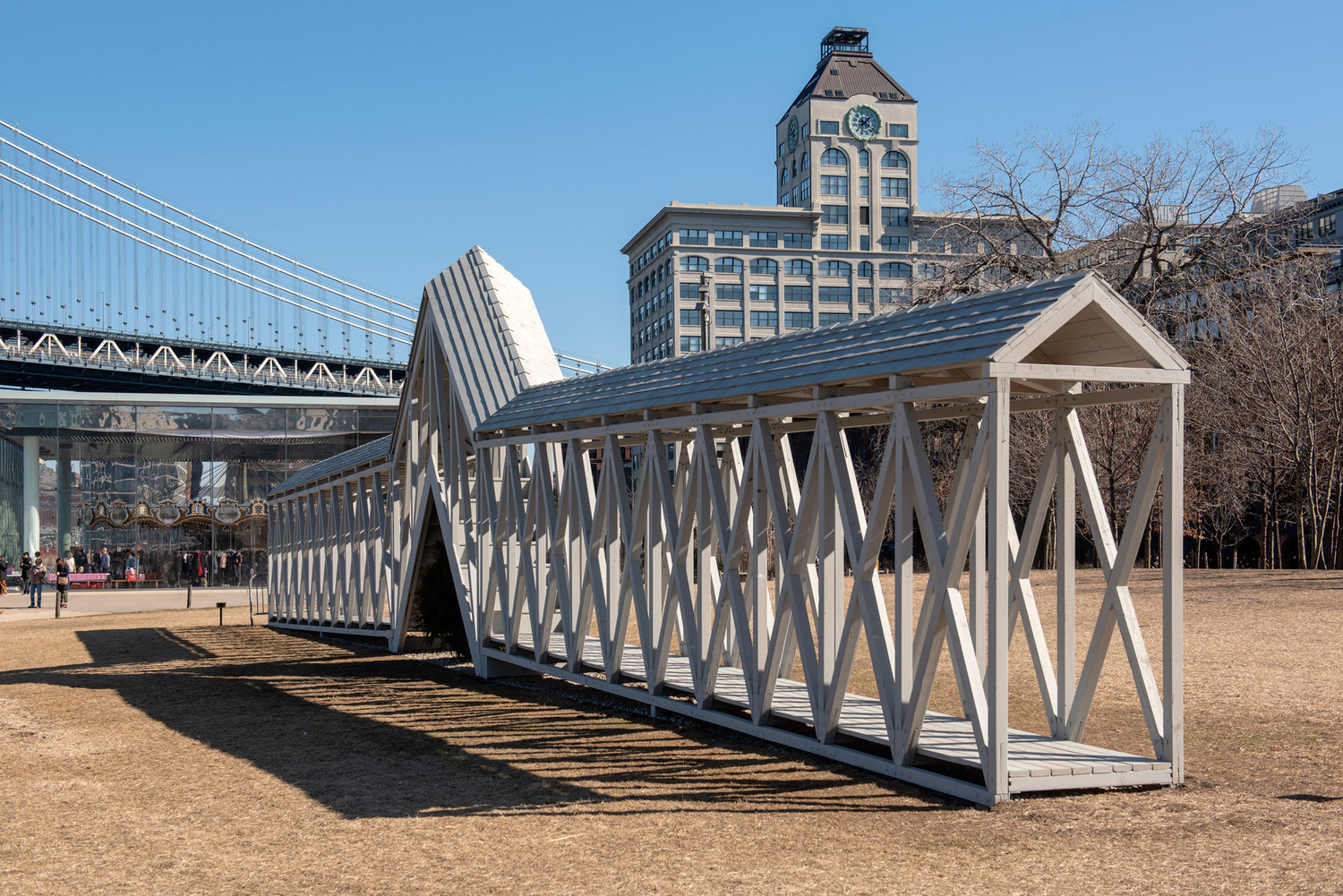 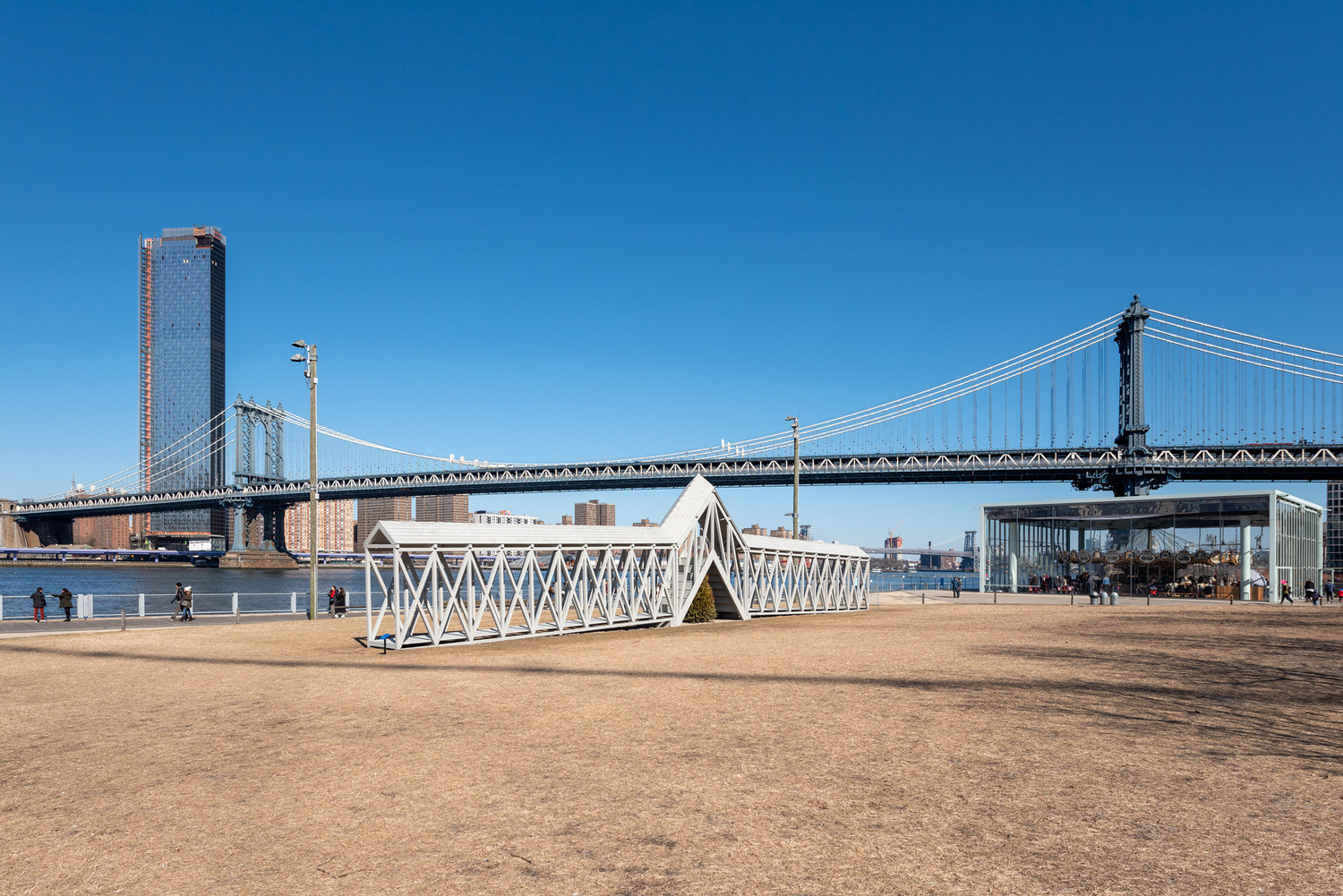 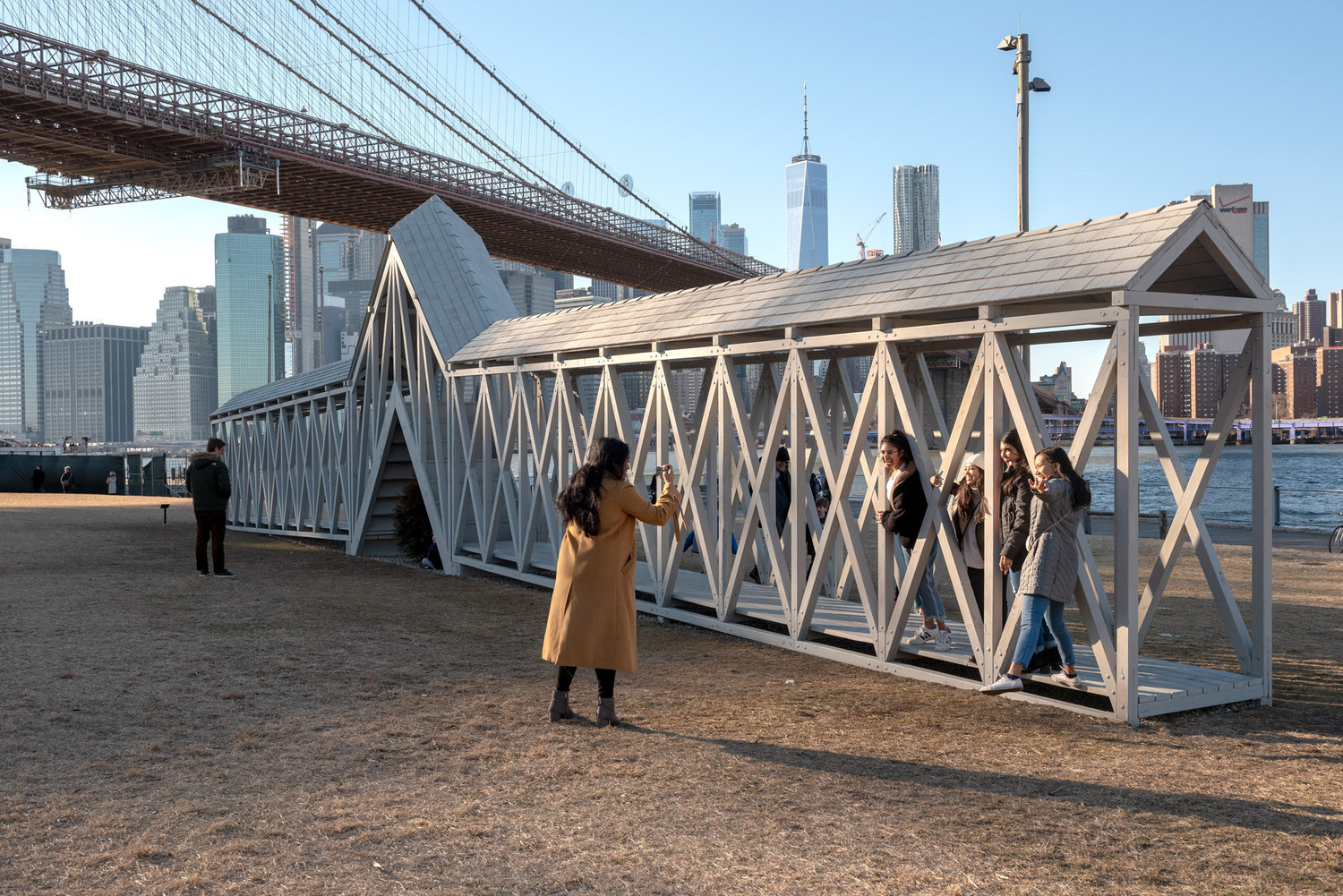 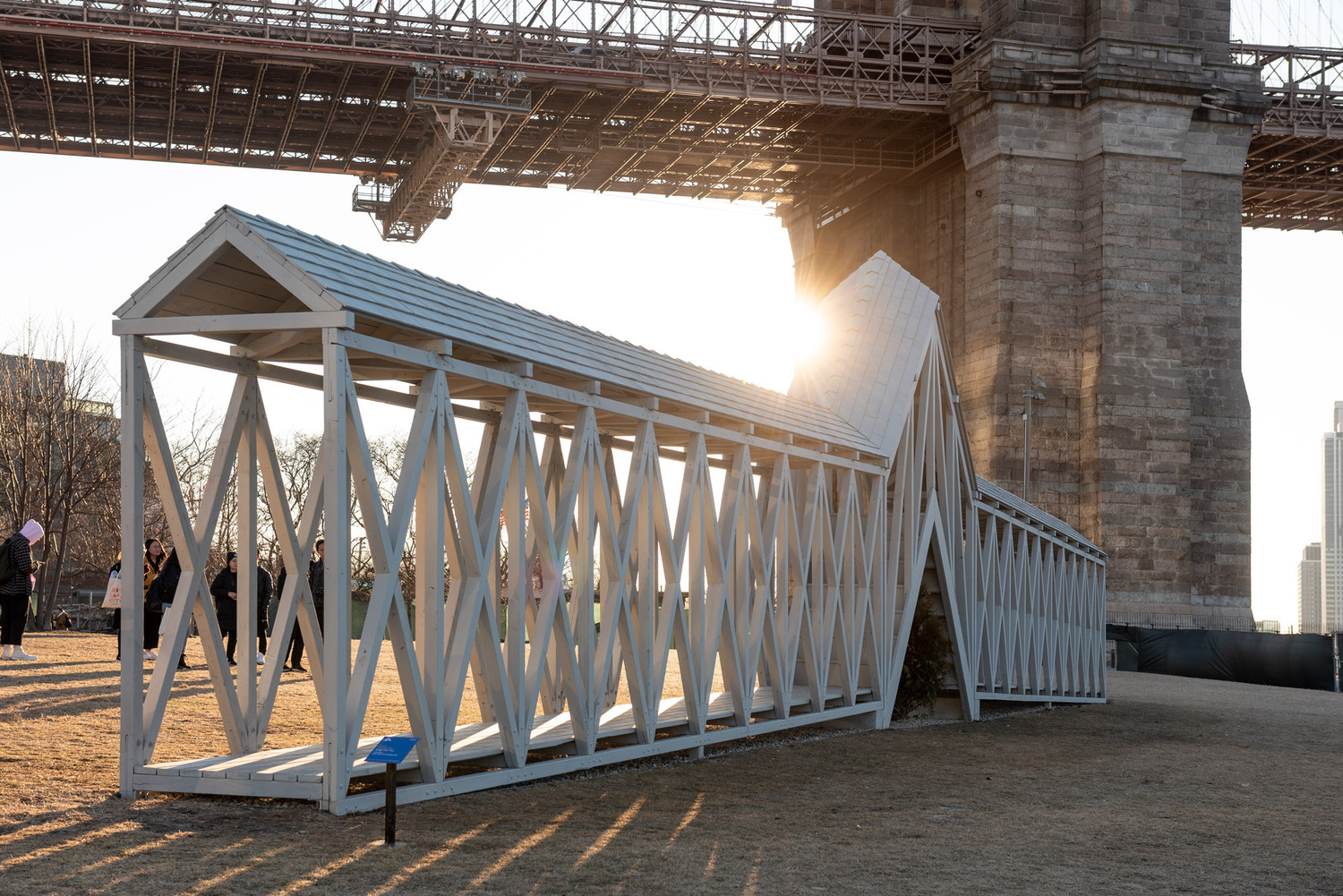 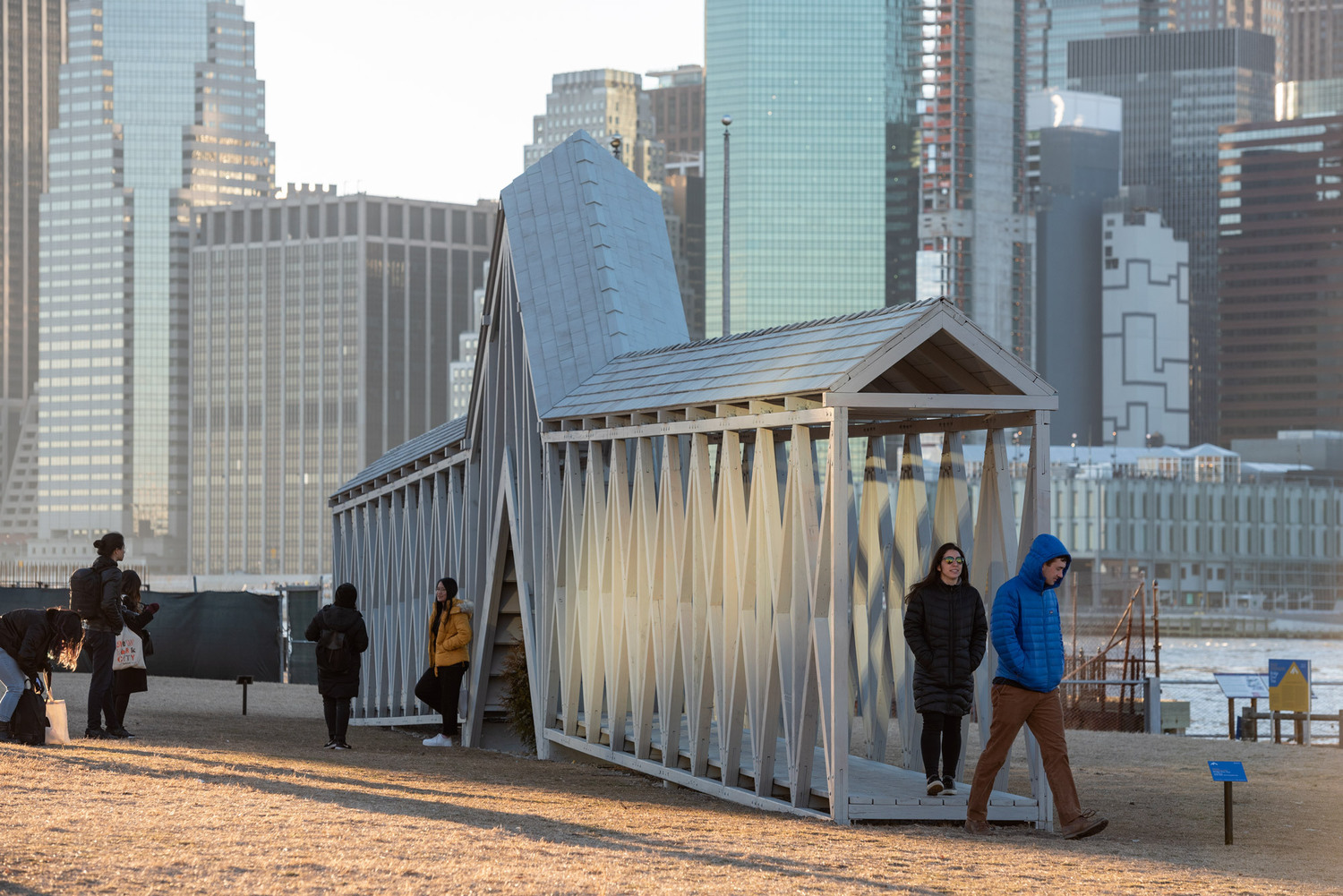 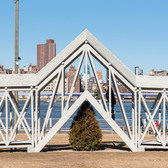 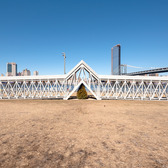 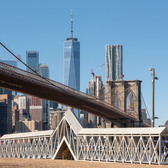 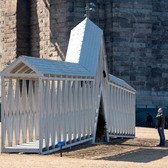 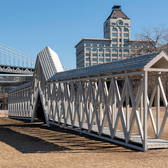 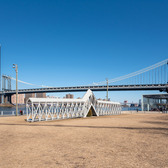 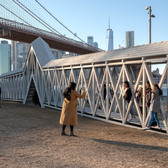 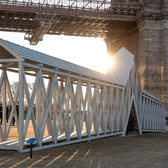 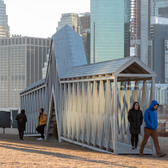 Bridge Over Tree is a new public art exhibition from Iranian-born American sculptor and architect Siah Armajani which was conceived nearly 50 years ago, but under-appreciated in its original Minnesota home.

Interactivity and immersive experiences have since become cultural buzzwords and artistic strategies. Architectural form and sculptural practice now often share a common language. However, when originally shown in a Minneapolis public park in 1970 as part of a temporary sculpture exhibition, Bridge Over Tree was barely recognizable as a work of art. For the first time, this seminal installation has been recreated by the artist for presentation by Public Art Fund.

Recently reconstructed in DUMBO's Brooklyn Bridge Park, Bridge Over Tree is a full-scale, publicly interactive climbable sculpture which consists of a walkway and built-in staircase standing over a small evergreen tree.

Released from the customary function of a bridge to efficiently link two points, this structure follows a different logic. As public sculptures go, it is large; as a bridge in New York City, it may be among the most intimate. Yet its angular forms still echo those of its massive, iconic neighbors, as well as the stepped and peaked rooflines of the Manhattan skyline. Bridge Over Tree invites us to experience the idea of a bridge in a new way. In a world of walls and barriers, what does it mean to create points of connection, to establish relationships among different things, to invite interaction, and to build a bridge between the world and the poetic imagination?

See Bridge Over Tree at Brooklyn Bridge Park's Empire Fulton Ferry Lawn until September 29th, 2019. Check out the announcement page for more photos and info on the sculpture. 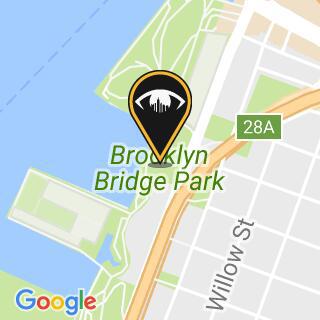