Our friends at Bedford + Bowery recently published the history of Chinatown's Columbus Park, and how it was transformed from one of the most dangerous streets in the City to a pleasant park.

Watching people enjoy mah-jongg in Chinatown’s Columbus Park, it’s hard to imagine the site was a dangerous, decrepit slum in the late 1800s. Photojournalist and social reformer Jacob A. Riis dedicated a chapter in his 1890 book How the Other Half Lives to the squalid conditions in the area then known as Mulberry Bend.

Riis traveled with the protection of the police to photograph the squalor of Mulberry Bend. One of the most notorious spots was Bandit’s Roost, a tangle of wooden shanties and alleyways. Riis called Bandit’s Roost “the vilest and worst to be found anywhere.” Riis identified a tenement in his photo of Bandit’s Roost as 59 ½ Mulberry Street, the area of Columbus Park where people now sit on benches and warm themselves in the sun.

Riis was determined to have the wooden shanties of the Bend torn down. Shopkeepers sold their products outside along the alleys in unsanitary conditions. Riis wrote, “Big, awkward sausages, anything but appetizing, hang in the grocer’s doorway, knocking against the customer’s head as if to remind him that they are there waiting to be bought. What they are I never had the courage to ask.

Check out the full article for the rest of the interesting story of Riis' crusade to clean up the streets of his City. 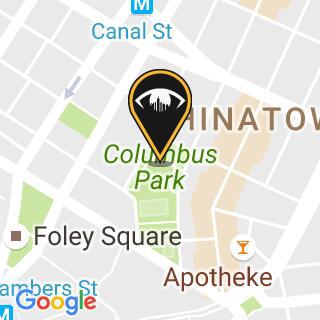