Anything can inspire art. A recent revelation by the architect of one of the tallest buildings in the City, 432 Park Avenue, is a perfect example.

According to the building's architect, Rafael Viñoly, 432 Park's design was inspired by a trash bin originally created by Austrian architect Josef Hoffmann in 1905. According to Wired, Hoffmann's piece is actually worth $225!

In a lecture last year, the building’s architect, Rafael Viñoly, said that while “there are so many inspirations,” Hoffmann’s work in particular inspired the grid-like exterior of 432 Park. At a more recent lecture in December, 432 Park Avenue’s developer Harry Macklowe echoed Viñoly, saying that the gridded pattern on the Hoffmann bin heavily influenced the cubic facade. Indeed, if you look at the two designs side by side, the design twinning is undeniable.

Garbage bins aside, 432 Park boasts one of the best views in the City with the penthouse selling last year for $80 million. 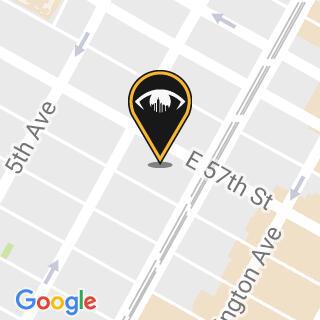 [VIDEO] The New York City Skyscraper Designed After a Garbage Can