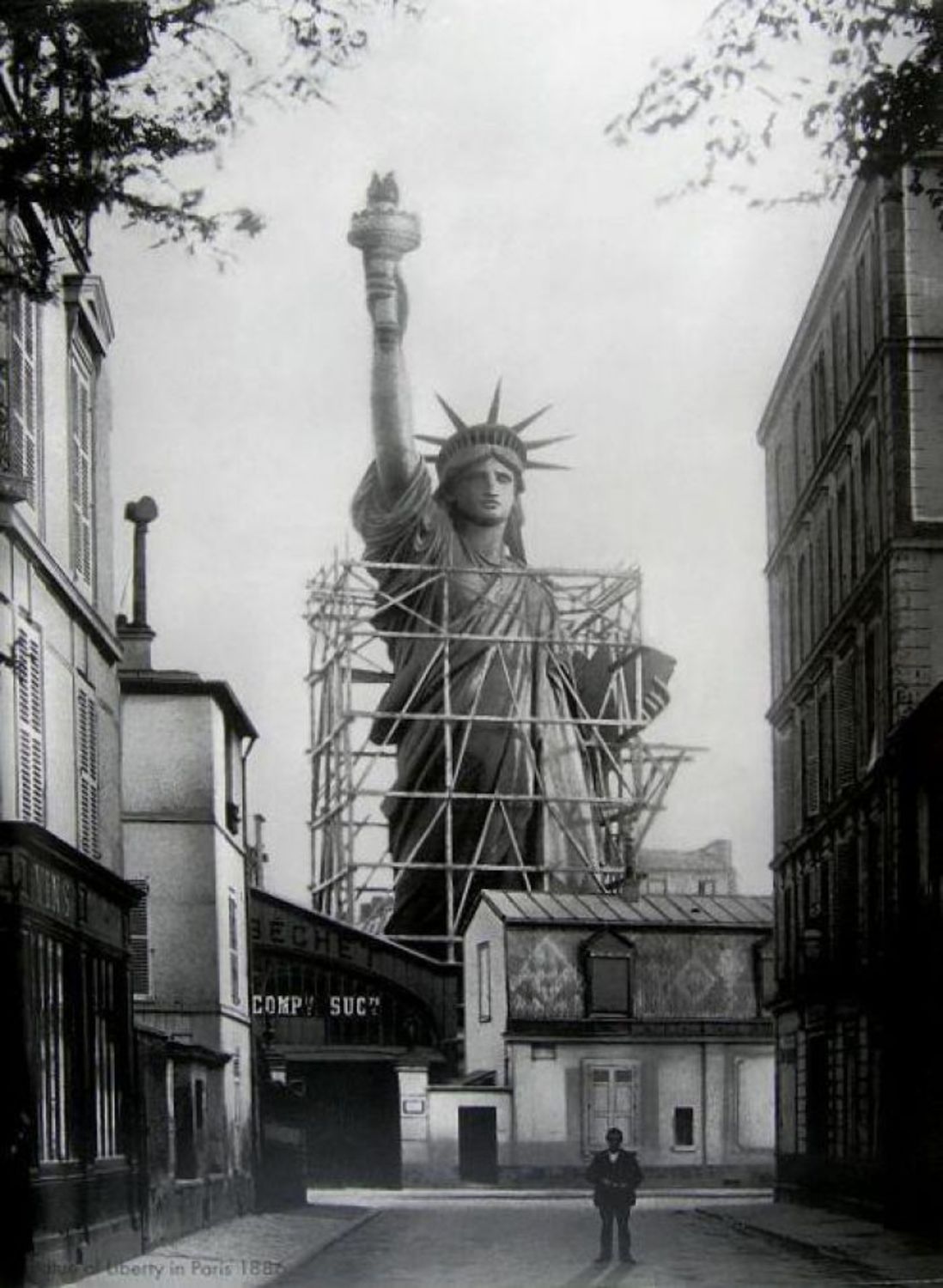 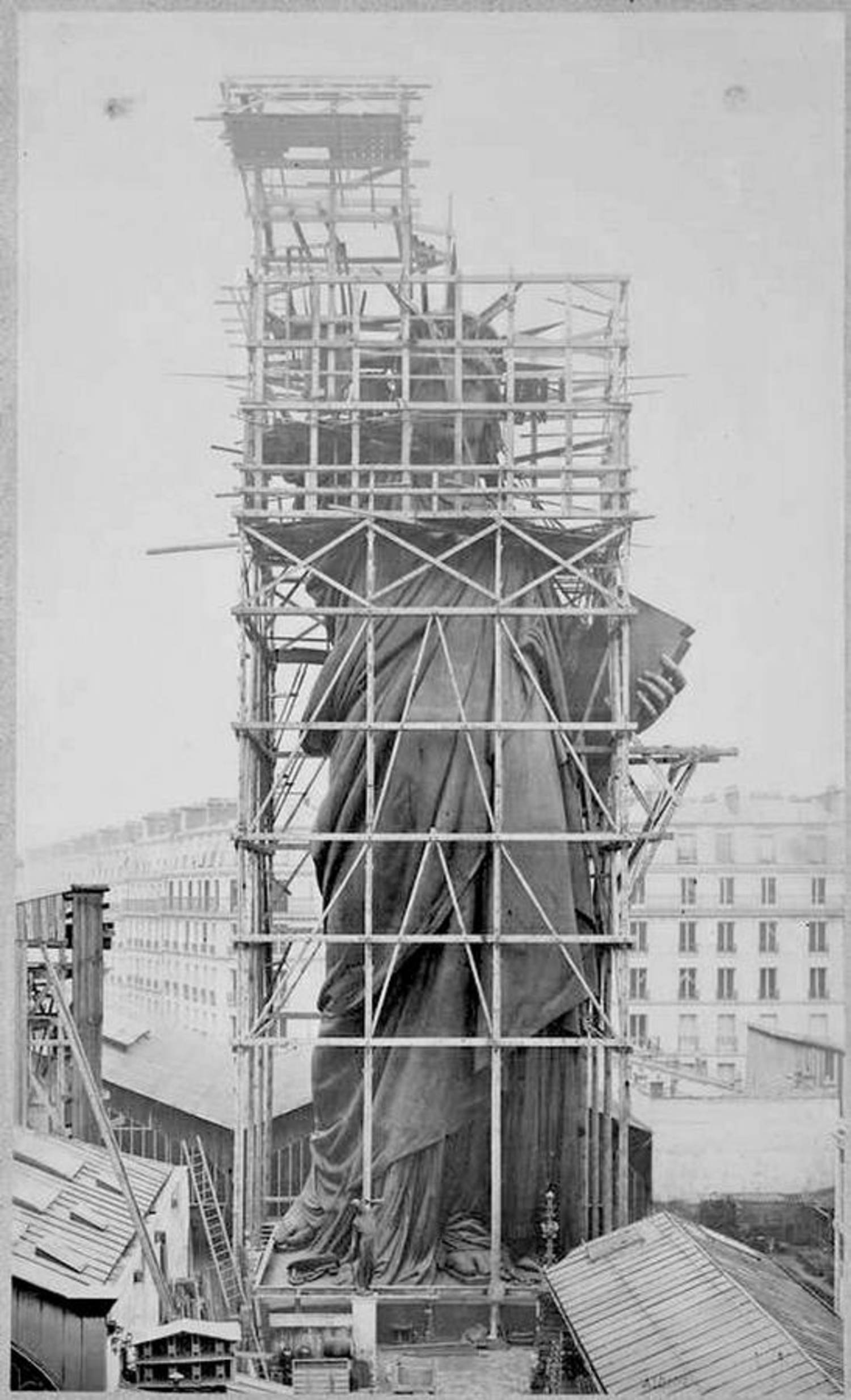 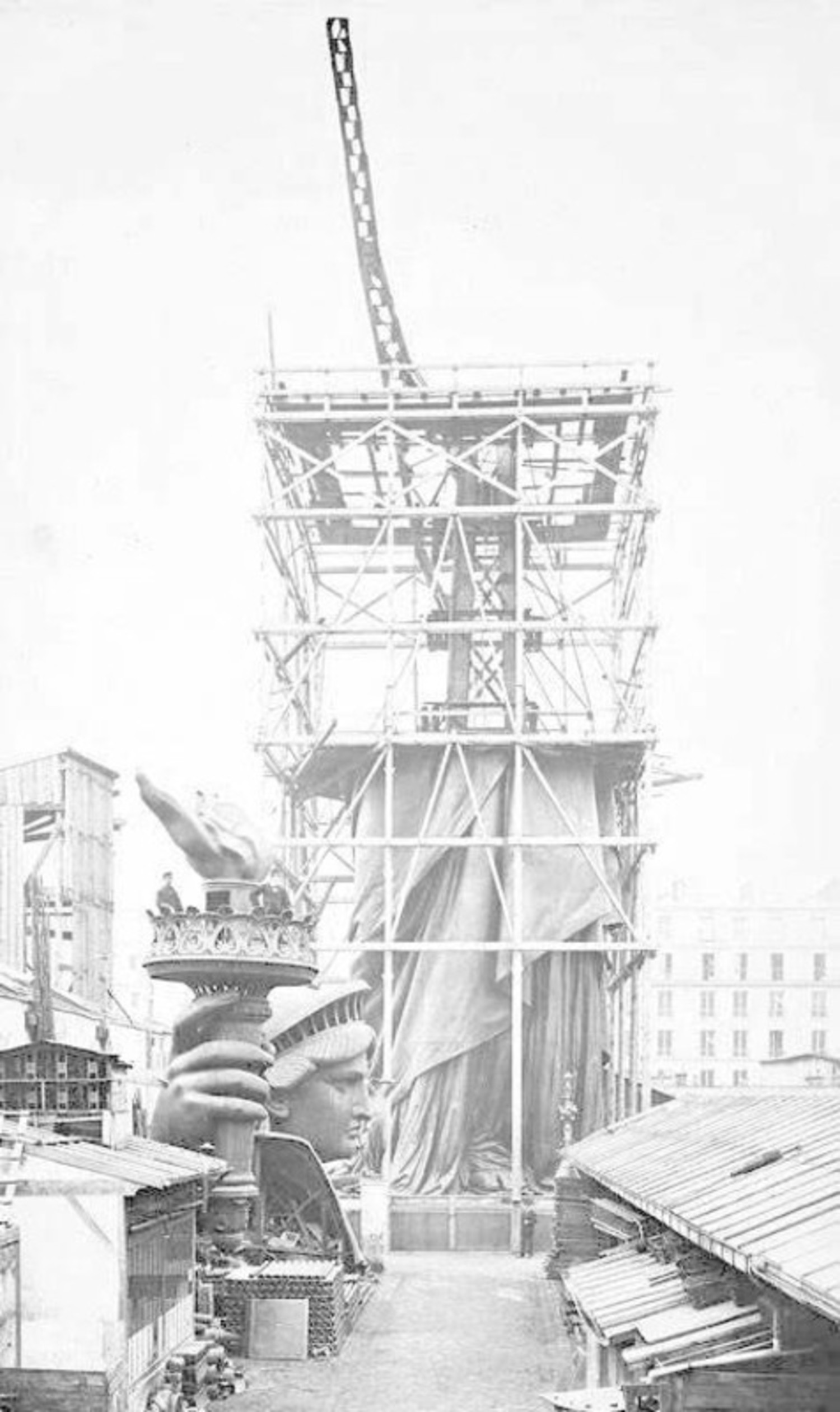 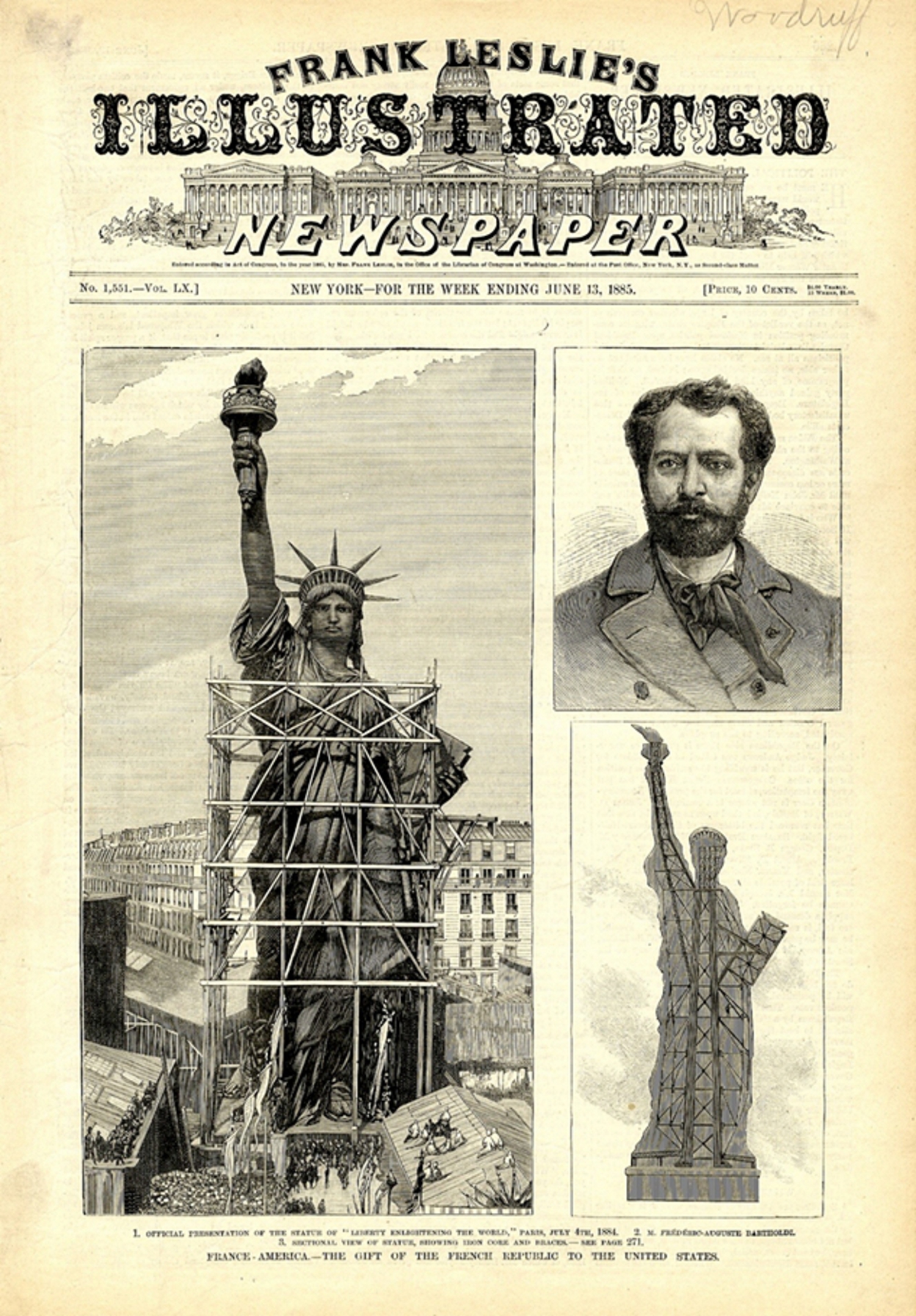 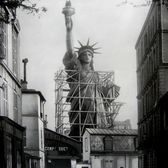 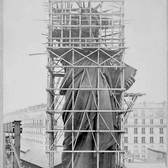 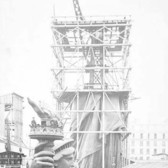 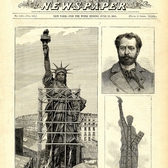 The Statue of Liberty is such a symbol of Americana, that often we forget it was cast, assembled and built in Paris years before it was disassembled, shipped across the Atlantic and dedicated to the United States as a gift from Frédéric Auguste Bartholdi. There is a long and complicated story on how the statue came to be, one best told whilst drunk.

Here are some vintage photographs of the statue being built in Paris, from around 1884, just two years before it's dedication on Liberty Island in 1886.