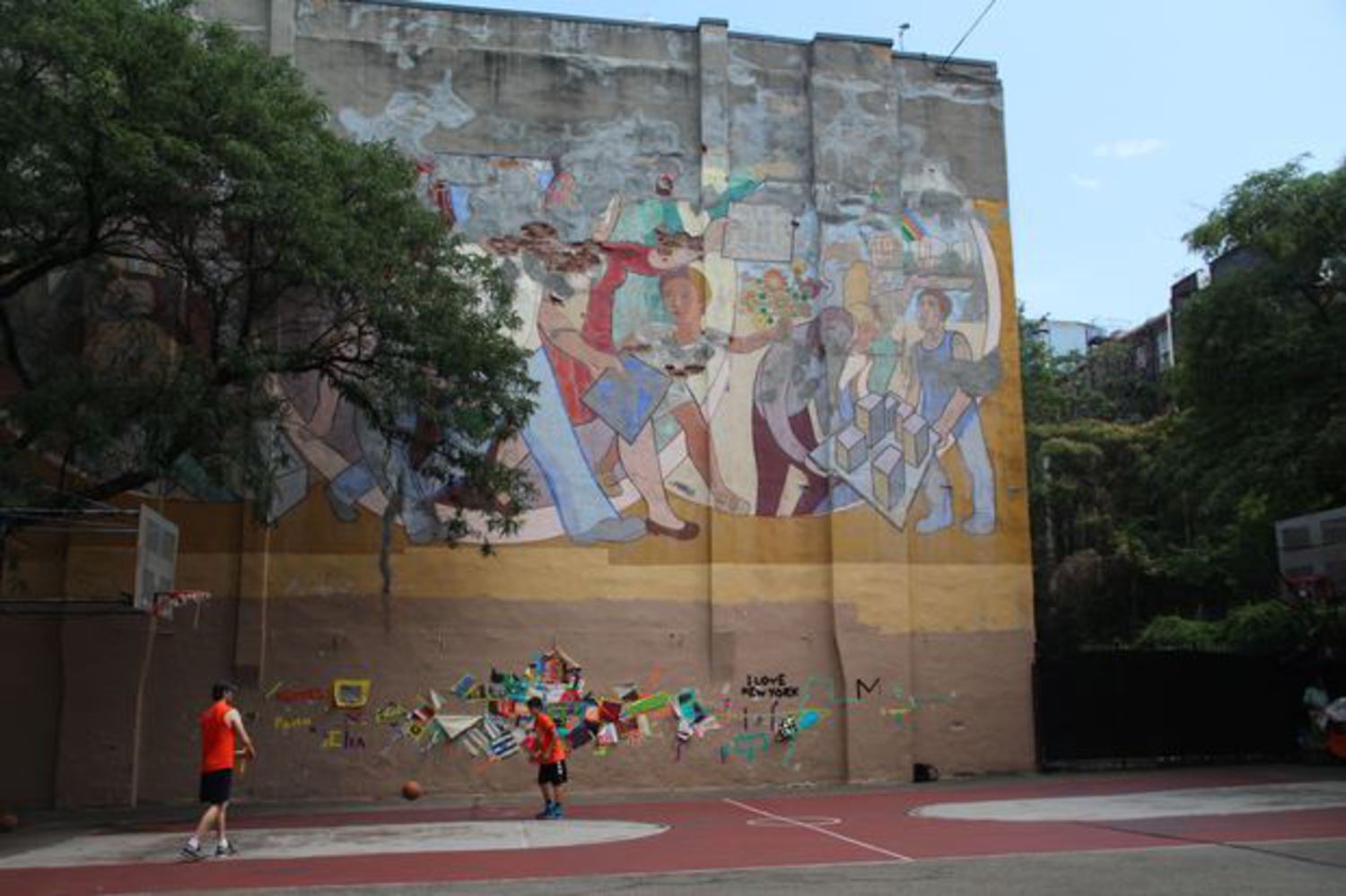 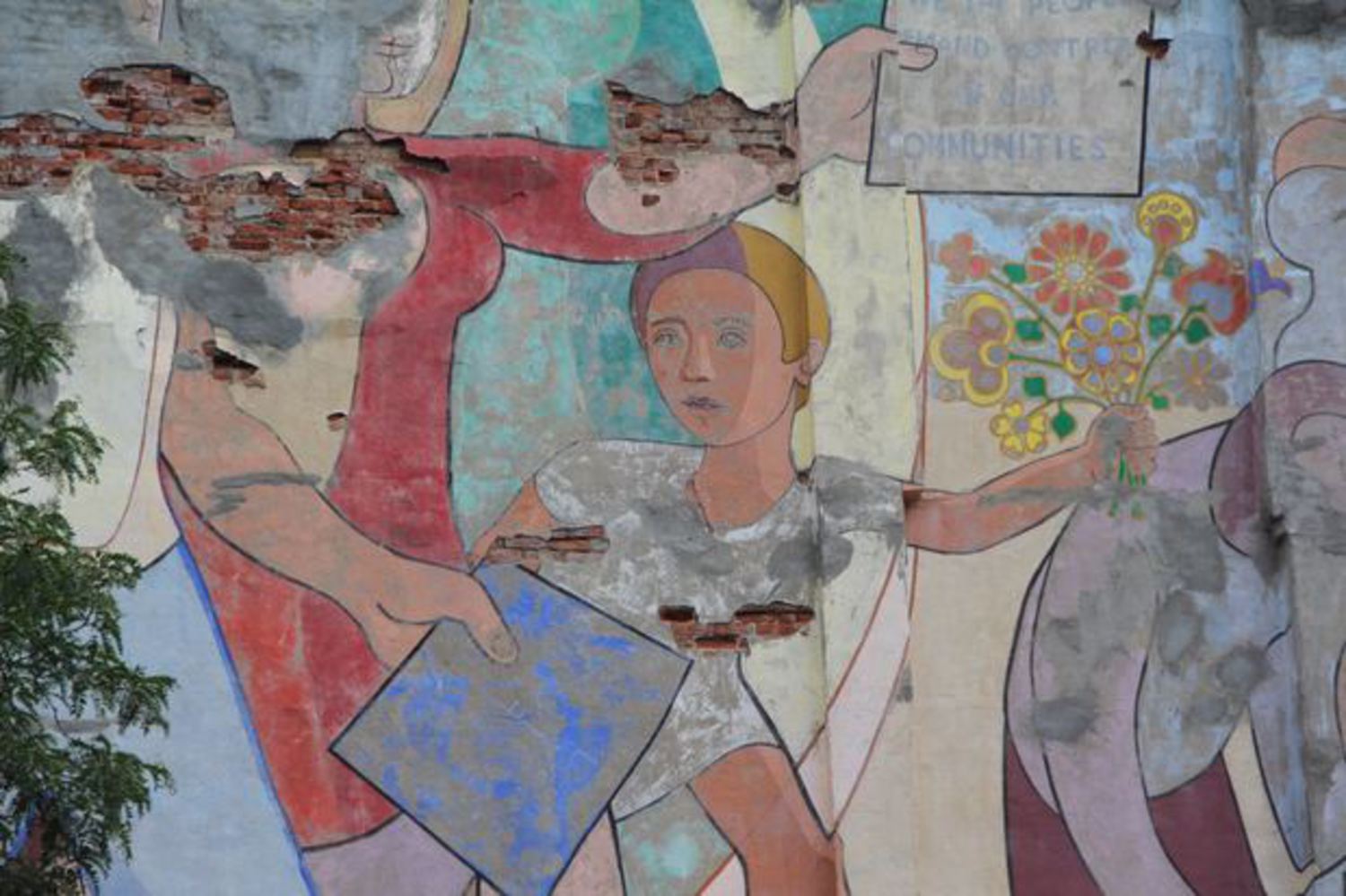 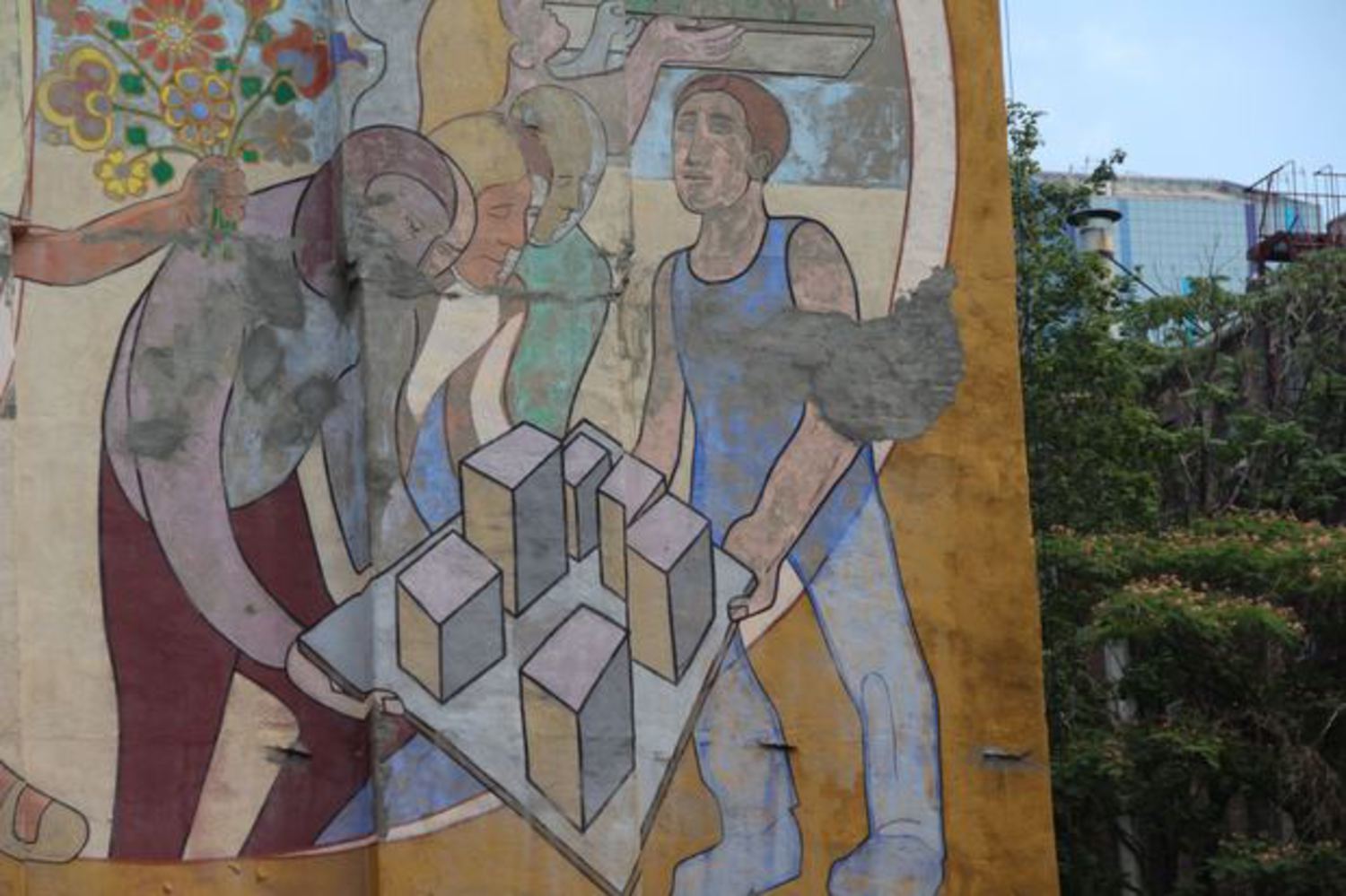 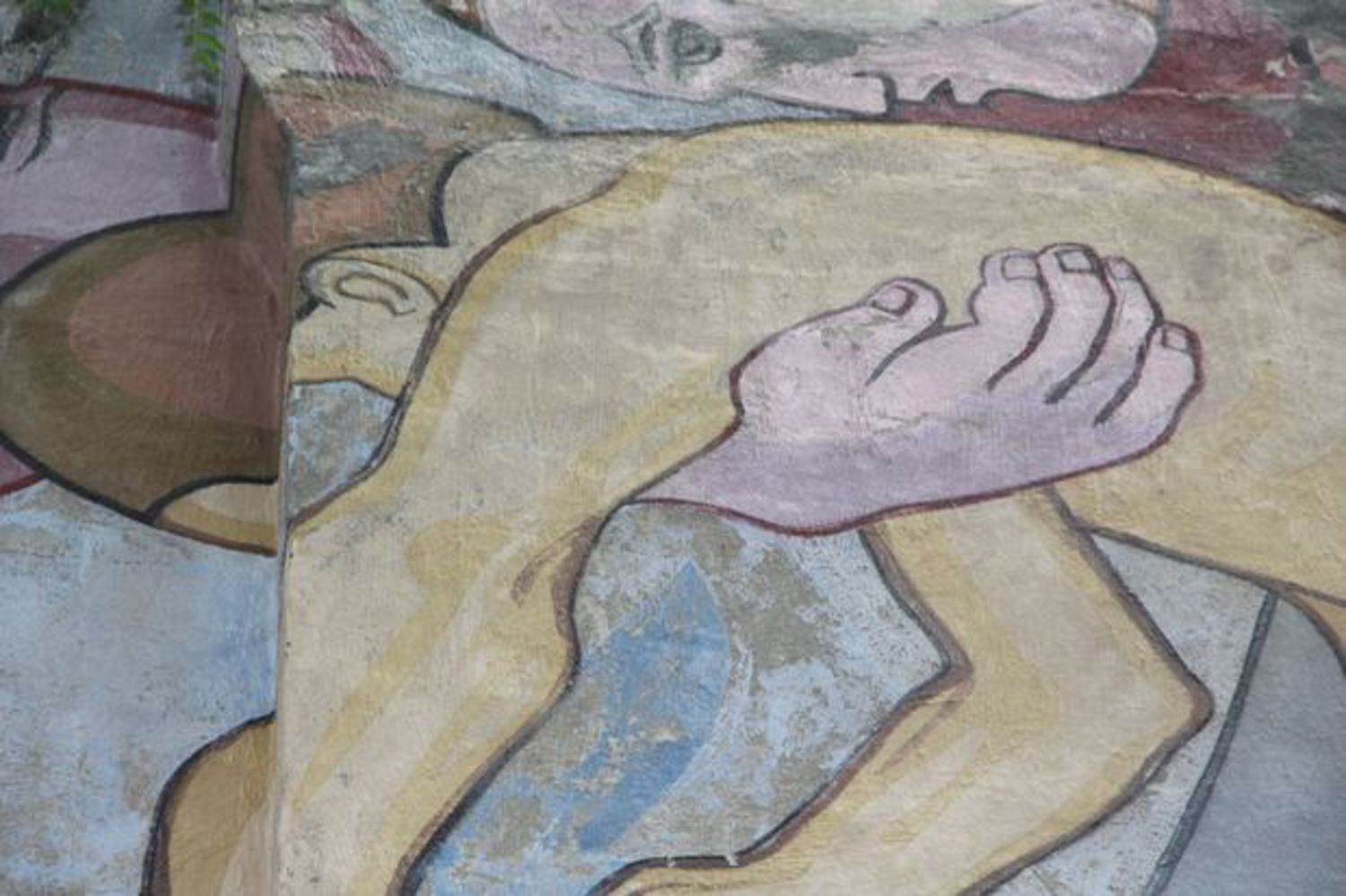 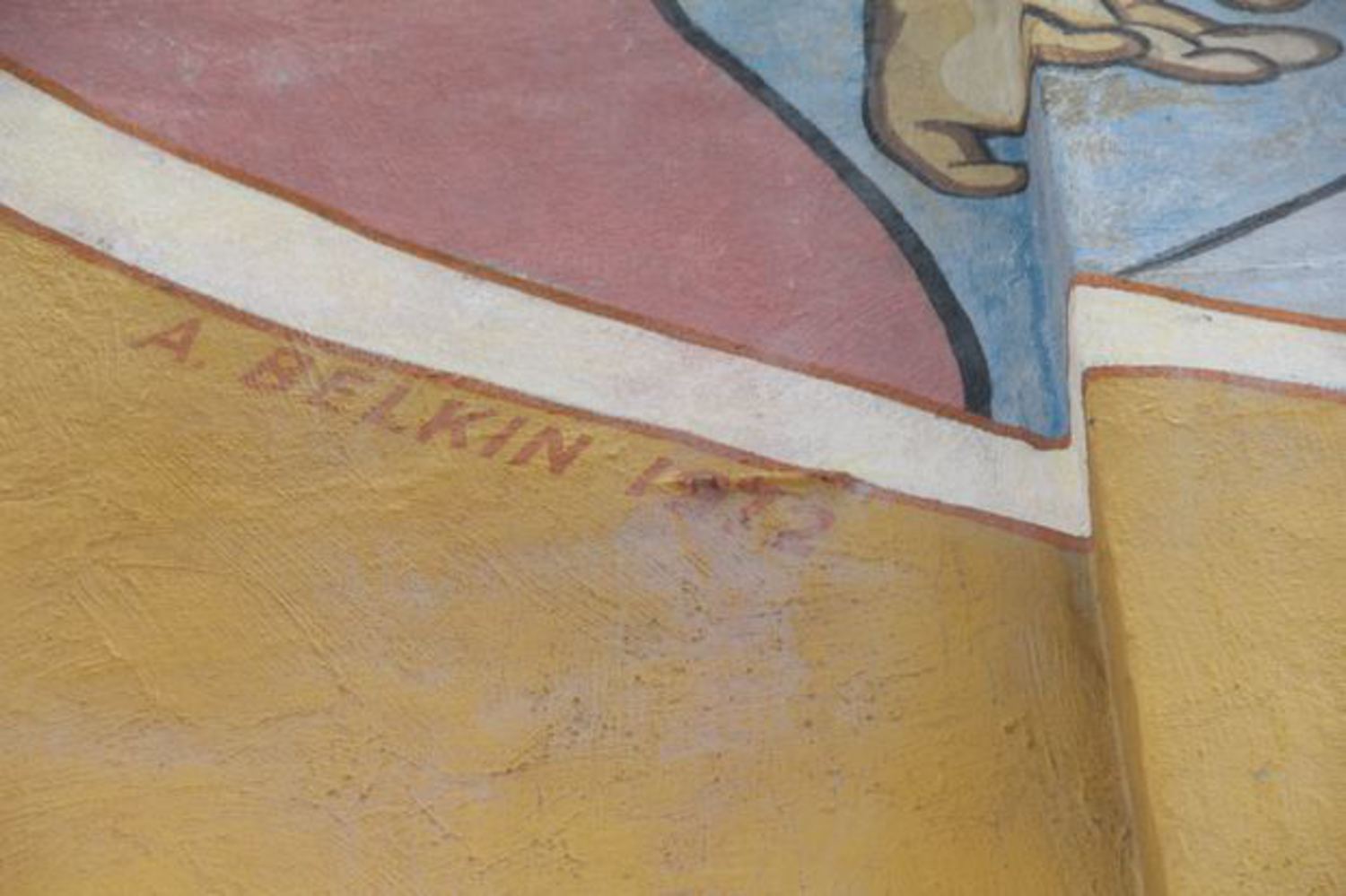 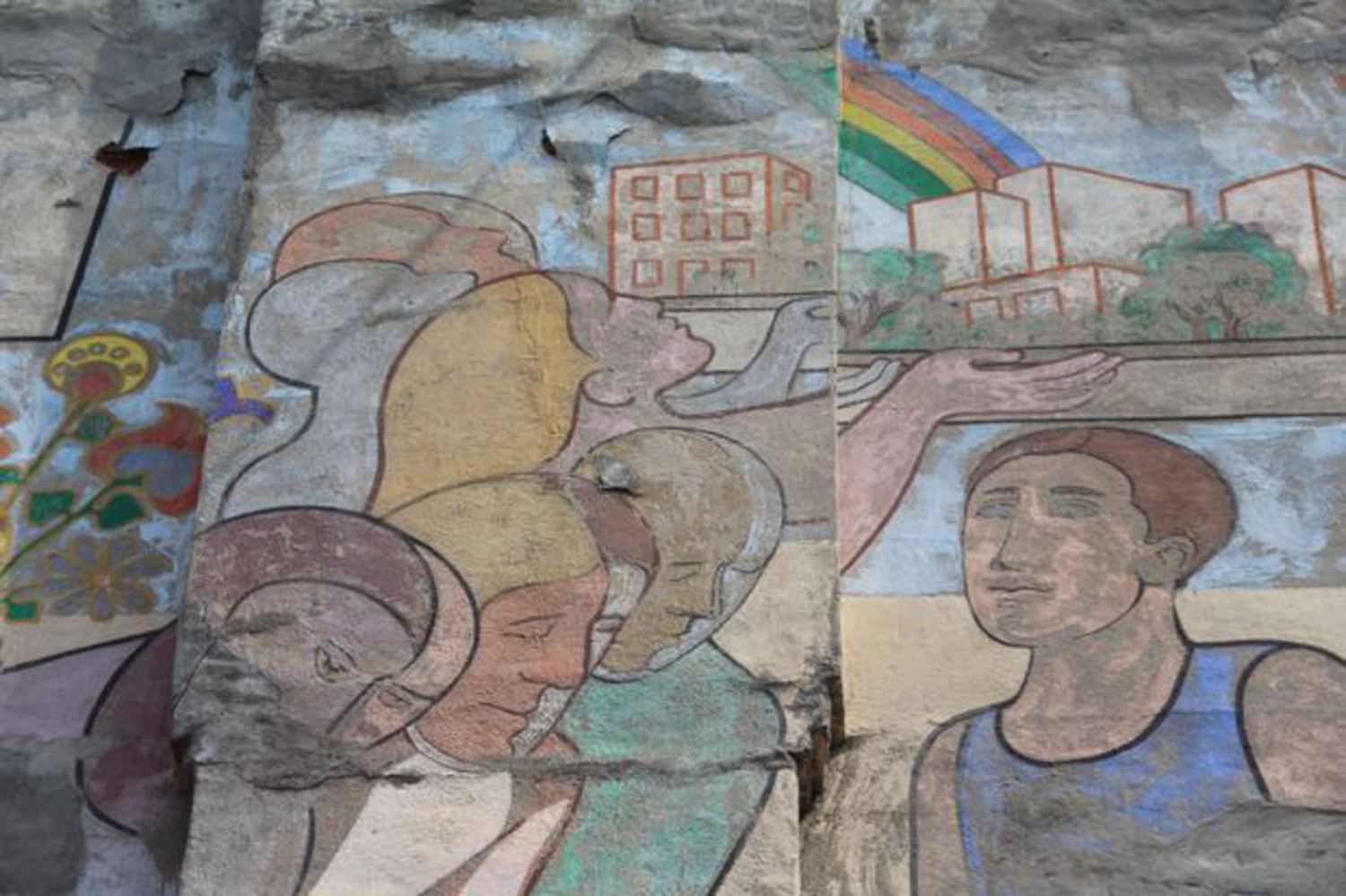 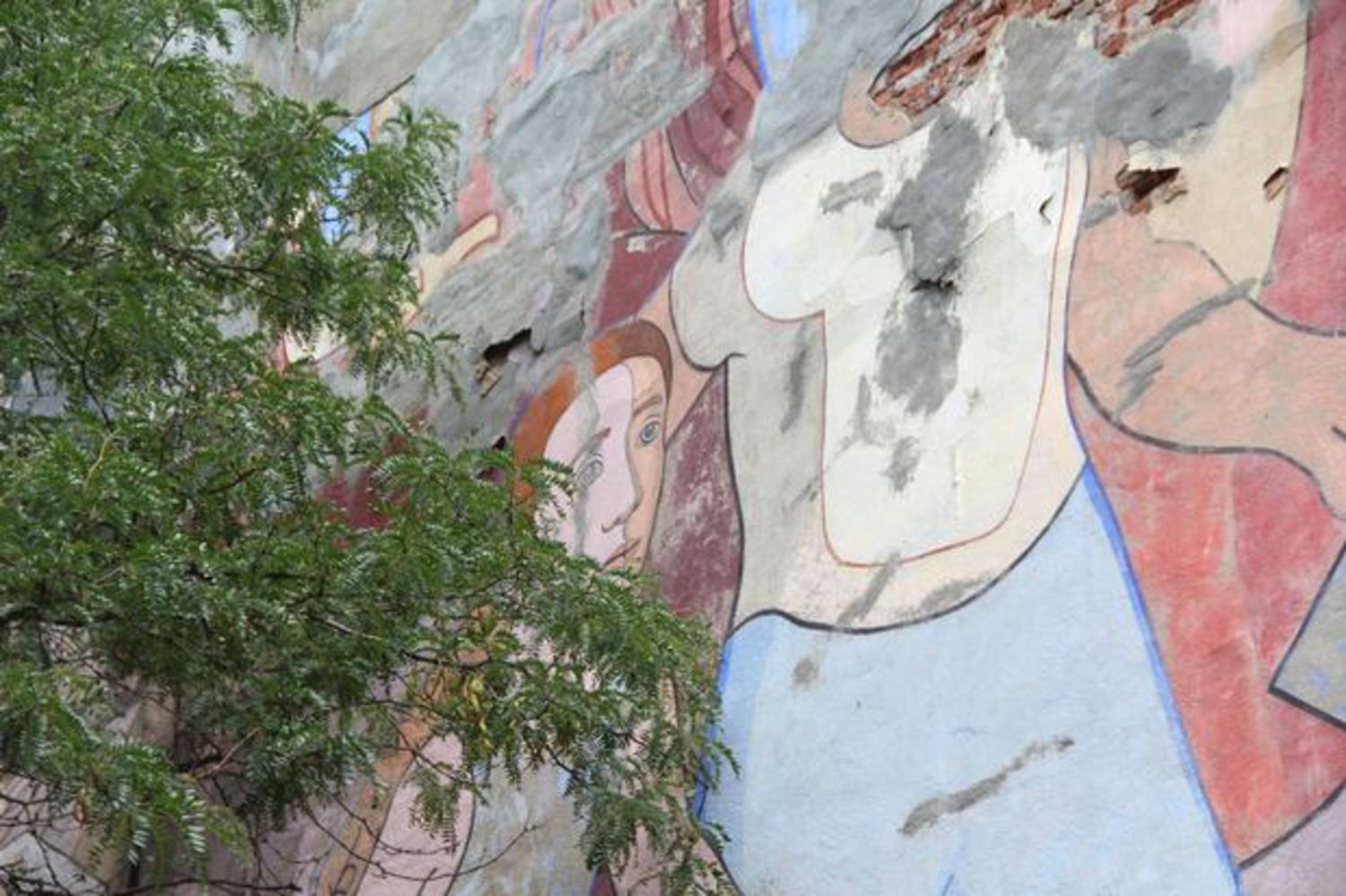 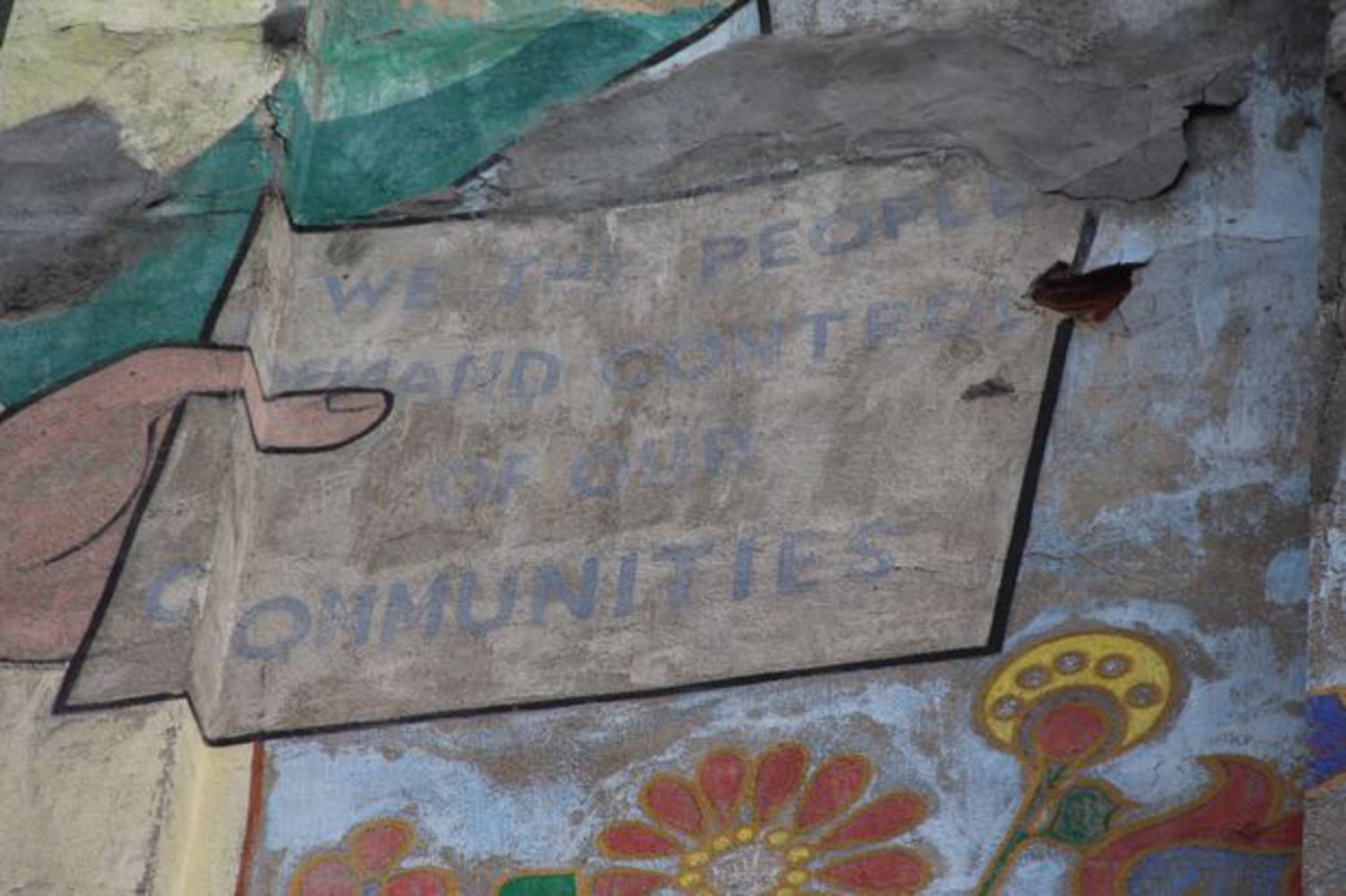 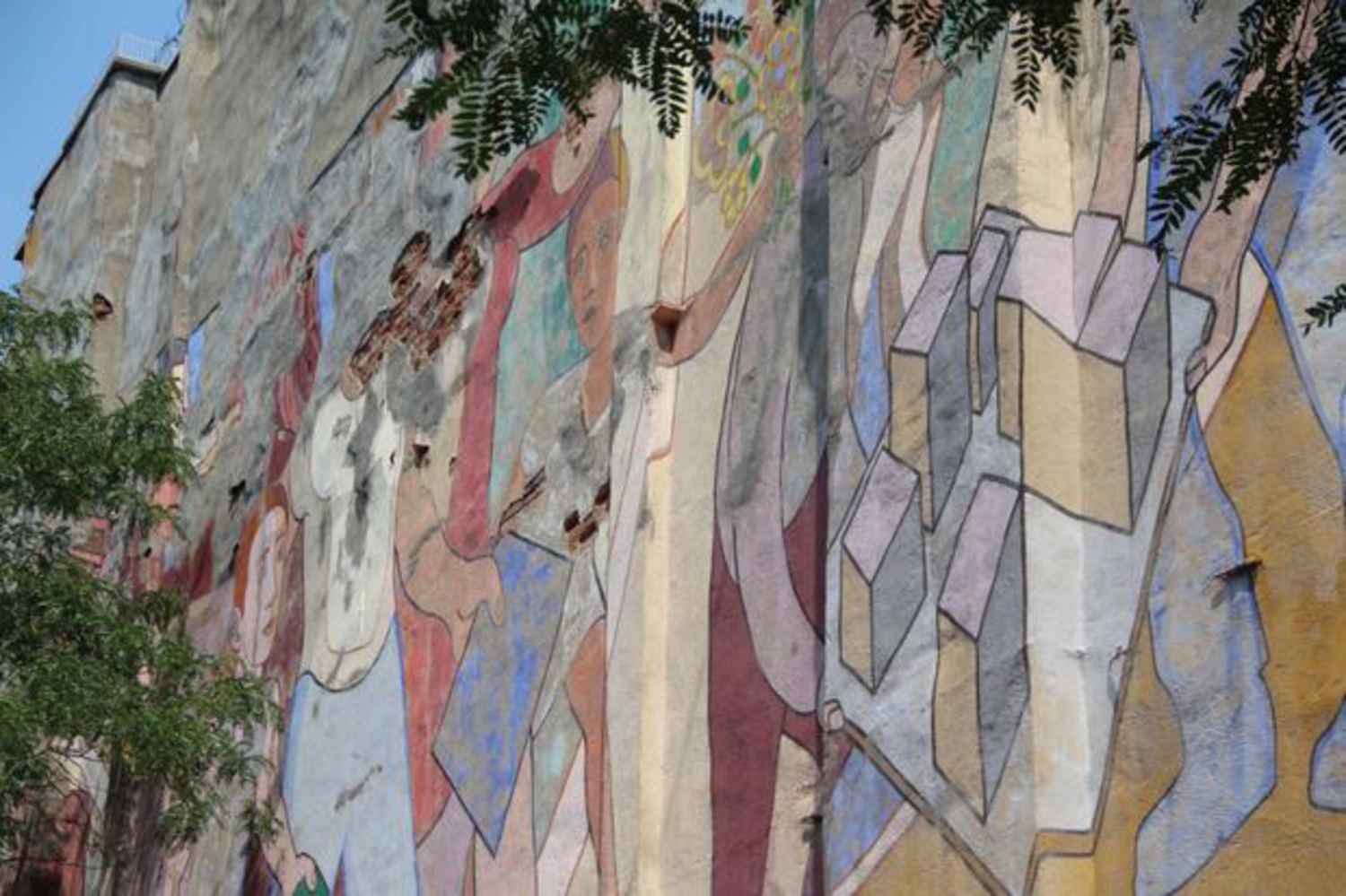 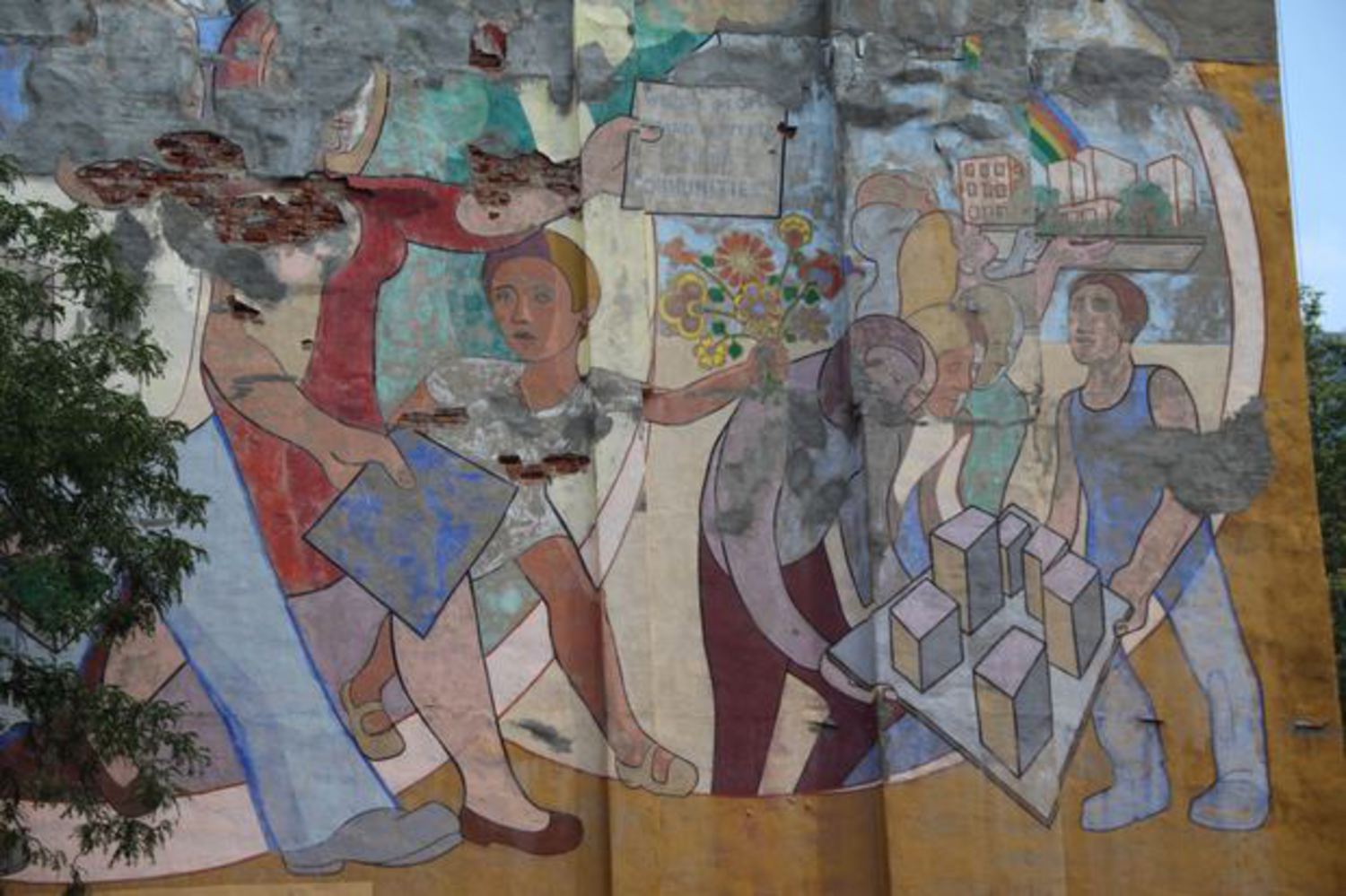 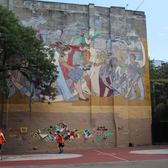 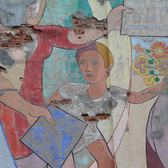 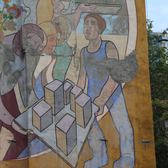 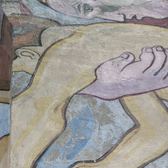 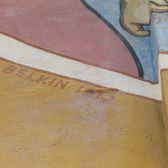 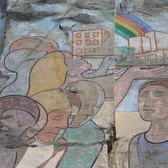 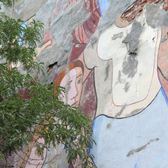 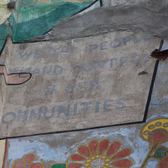 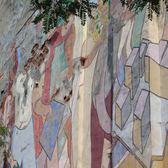 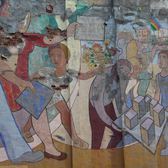 After years of community-led efforts, a beloved, yet dilapidated, mural overlooking a playground on West 45th Street in Hell's Kitchen may be imminently restored. "Against Domestic Colonialism," painted in 1972 by artist and Pratt professor Arnold Belkin, conveys a powerful message against gentrification and commercialization of the area, especially pertinent since the "community is again undergoing rapid change and development."

The mural features a diverse group of people set against the New York skyline, with one holding a sign that reads "We the people demand control of our communities," although much of it has been obscured over time:

Much of the mural’s original anti-gentrification message is now faded and covered over, but in the original, a bulldozer blazes a trail into a group of protesters, a clump of gleaming high-rises in its wake. A sign reading “The neighborhood is for the people, not big business,” and the figure holding it are no longer visible.

Weissman, who is still involved in the work on the mural, said that because of the condition of the wall the mural was painted on, the "restoration" will actually be a full "replication." The wall will be replaced and the mural fully repainted.

"Either way, the original is going to be gone, period," she said. 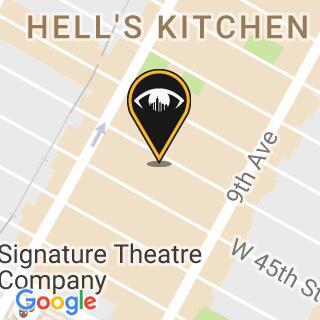 No Free Walls: a Mini-Documentary on How Street Art and Gentrification Collide in Bushwick