190 Bowery, the famous building at the corner of Bowery and Spring, has frequently made the news over the past year. Once the main New York branch of the Germania Bank, it was sold to Photographer Jay Maisel for just $102k back in 1966, when the bank moved out.

The building is famous not only for it's fantastic architecture and design, but because Jay decided to leave all graffiti up on it throughout the entire time he lived there. Passerby's would think it was an abandoned building if you weren't any wiser.

For almost 50 years, the building was sealed off to the public as a private residence. In March, ANIMAL gave you a sneak peek urban exploration, but if you crave more, you are in luck.

For 2 weeks starting this Saturday, parts of the building will be open to the public as it hosts an art show.

“The artists included in First Show / Last Show are seven of my favorite painters. I have had the privilege of living with some of their works and have long wanted to show them together. There are very few artists whose work immediately conveys its significance, like each of these seven. They represent three generations of great American contemporary art, ranging in age from 35 to 85.

I grew up in New York City, walking by the former Germania Bank countless times. I always wanted to go inside, thinking it might be a perfect place for an exhibition. This is the first time this 1899 landmark building will be open to the public since the bank closed in 1966 and it became a private residence. 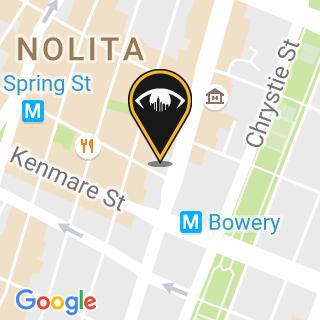