The 69th Street Transfer Bridge is a historic piece of urban industrial art sitting in the Hudson River off of Riverside Park on the Upper West Side.

When renovating Riverside Park in the early 2000s, the 69th Street Transfer Bridge was cleaned up and scrubbed of graffiti, leaving a remarkably intact structure behind. In 2003, the Transfer Bridge was added to the National Register of Historic Places.

See the 69th Street Transfer Bridge from all angles in this brief aerial video from our Above New York series.

The music featured in the video is Pryces — "Rainy Day" 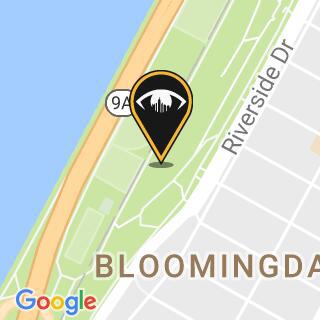