The Bronx-Manhattan High Bridge recently opened up to pedestrian traffic after over four decades of inoperation. Originally built to supply the flow of water from the Croton Aqueduct to Manhattan, the bridge stopped transporting water in 1917, and fell into complete disrepair by 1954. With a nearly bankrupt City forced to remove funding for many public works, the bridge was closed off to the public in 1970, only to be reopened 45 years later in 2015.

Technically speaking, High Bridge is the oldest bridge in New York City, dating back to 1848. It was completed a full 35 years before the Brooklyn Bridge, although portions of it have been replaced whereas the Brooklyn Bridge is mostly in its original state. When built, High Bridge was a long span of the tall, narrow roman arches seen in stone. In 1920, the US Army Corp of Engineers declared the bridge's archways to be a hazard for naval vessels, and thus by 1927, five of the arches were replaced by the large single, steel arch seen today.

In this video from our Above New York series, see High Bridge from all angles. 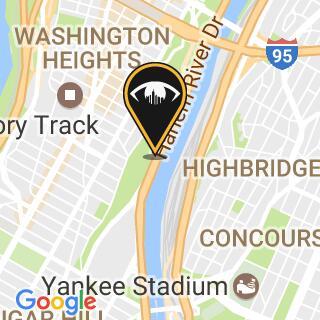 Above New York: The Manhattan Bridge