Sugababe is a macabre live-art exhibit from German artist Diemut Strebe which is a living-tissue replica of van Gogh's famously severed ear, grown from a living descendent's DNA.

Sugababe is a living replica of Vincent van Gogh's ear, grown from tissue engineered cartilage. It is composed of living van Gogh cells from a male descendant, containing natural genetic information about Vincent as well as genetically engineered components. The project focuses on a particular form of human replication. The Theseus paradox from Plutarch forms the literary basis for the scientific approaches using the principle of replacement on the molecular, the microscopic and the anatomic level.

The ear will be on display at Ronald Feldman Fine Arts in SoHo until December 5th. 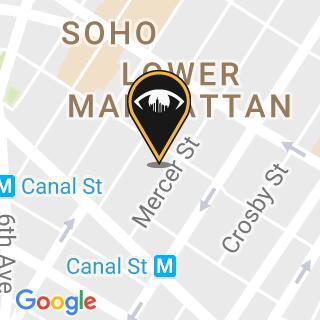 The Van Gogh Show, a New Comedic Series Follows the Artist Through a Modern Day NYC