Brooklyn based documentary producers 590films recently made this fantastic mini-doc about the 421 trees grown from the seeds of the 9/11 Survivor Tree.

A callery pear tree became known as the "Survivor Tree" after enduring the September 11, 2001 terror attacks at the World Trade Center. In October 2001, the tree was discovered at Ground Zero severely damaged, with snapped roots and burned and broken branches. The tree was removed from the rubble and placed in the care of the New York City Department of Parks and Recreation. After its recovery and rehabilitation, the tree was returned to the Memorial in 2010. New, smooth limbs extended from the gnarled stumps, creating a visible demarcation between the tree’s past and present. Today, the tree stands as a living reminder of resilience, survival and rebirth.

Once the tree was dug out of the rubble, replanted and fully recovered, 500 seeds were collected and planted as a symbolic tribute to survival. These seedlings have been placed in the care of the agricultural program at John Bowne High School in Flushing, and are now healthy enough and ready to distribute across the globe. 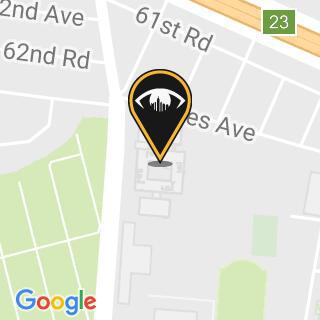 Check Out This Video About Swale, a Floating Food Project That Just Arrived at The Bronx's Concrete Plant Park

"The Trees", a Film Documenting the Incredible Journey of the 9/11 Survivor Tree and Its Offspring