In April last year, KATSU made headlines when he demonstrated that he had figured out how to attach a spray can to an off-the-shelf DJI Phantom drone. At the time, he was only using the drone to paint canvasses for white-wall galleries. But he assured the world that soon he would take his mad invention out into the streets and create enormous tags in places that were previously inaccessible to even the most daring and acrobatic taggers. Now, he appears to have made good on his promise in grand fashion.

It's not the Mona Lisa and the red lines probably won't last long, but it's an important first step down the road of robotic graffiti.

Given this, it's not too hard to imagine drone armies painting massive murals in the not-to-distant future. 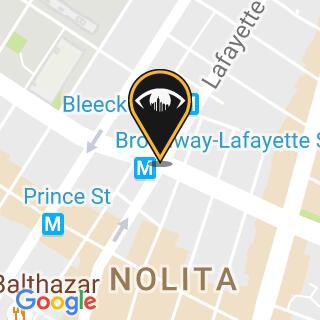