She may not have literally said "yes" but she did uncontrollably sob...so yeah. I love her. Thank you to @shaun1stofhisname @mourys @framing_the_chaos we may end up banned from the met but it was worth it. (Also no big deal but now I can say my art has been hung in the met next to a Picasso) #oncloudnarine

New Jersey artist and illustrator Chris Narine and his girlfriend recently visited the Metropolitan Museum of Art where he and a few accomplices were able to illegally hang a piece of his own art amongst a bunch of Picassos. The painting depicted a wedding proposal between him and his girlfriend, wearing the same clothing as they were that day, and when she noticed the art, he did the deed.

In September we took a trip to the Metropolitan Museum of Art. As we walked the aisles of art from ancient times and contemporary alike, we happened upon a room of Picasso's art (Marybeth's favorite). My brother and sister in law were able to then hang the painting I had made of myself proposing to Marybeth wearing the red polka dot dress next to a Picasso. After I was given the signal I brought my girlfriend to the painting where she began immediately crying when she realized that the painting was of what was about to take place. I bent the knee and she nodded yes as tears traveled down her rosy cheeks. Her cousin, who had been undercover waiting for them to arrive at the museum, beautifully documented the moment through her photography. Soon after I rose back to my feet, we were greeted by a less than happy guard who told us to remove the painting from the wall and suggested that we leave. After a few more quick photos, we left the building and the rest is history or should I say...art history.

I knew she'd be wearing that dress because I had her mom buy it a few weeks in advance for her and then convinced her to wear it that day. Also I had asked a few other small museums for permission to do this and none obliged so I just said f it and decided I just do it at the biggest museum I could think of and ask for forgiveness rather than permission. 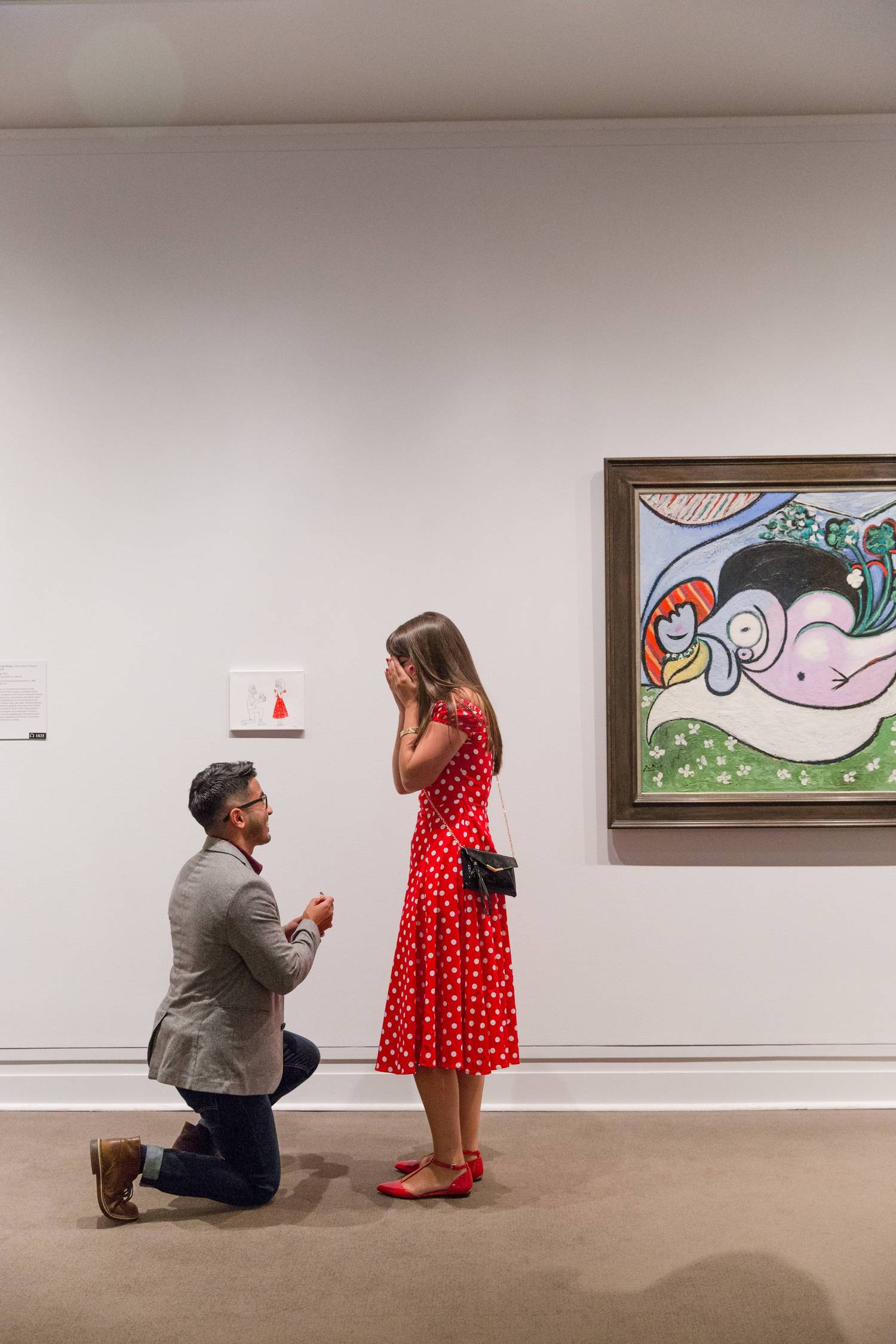 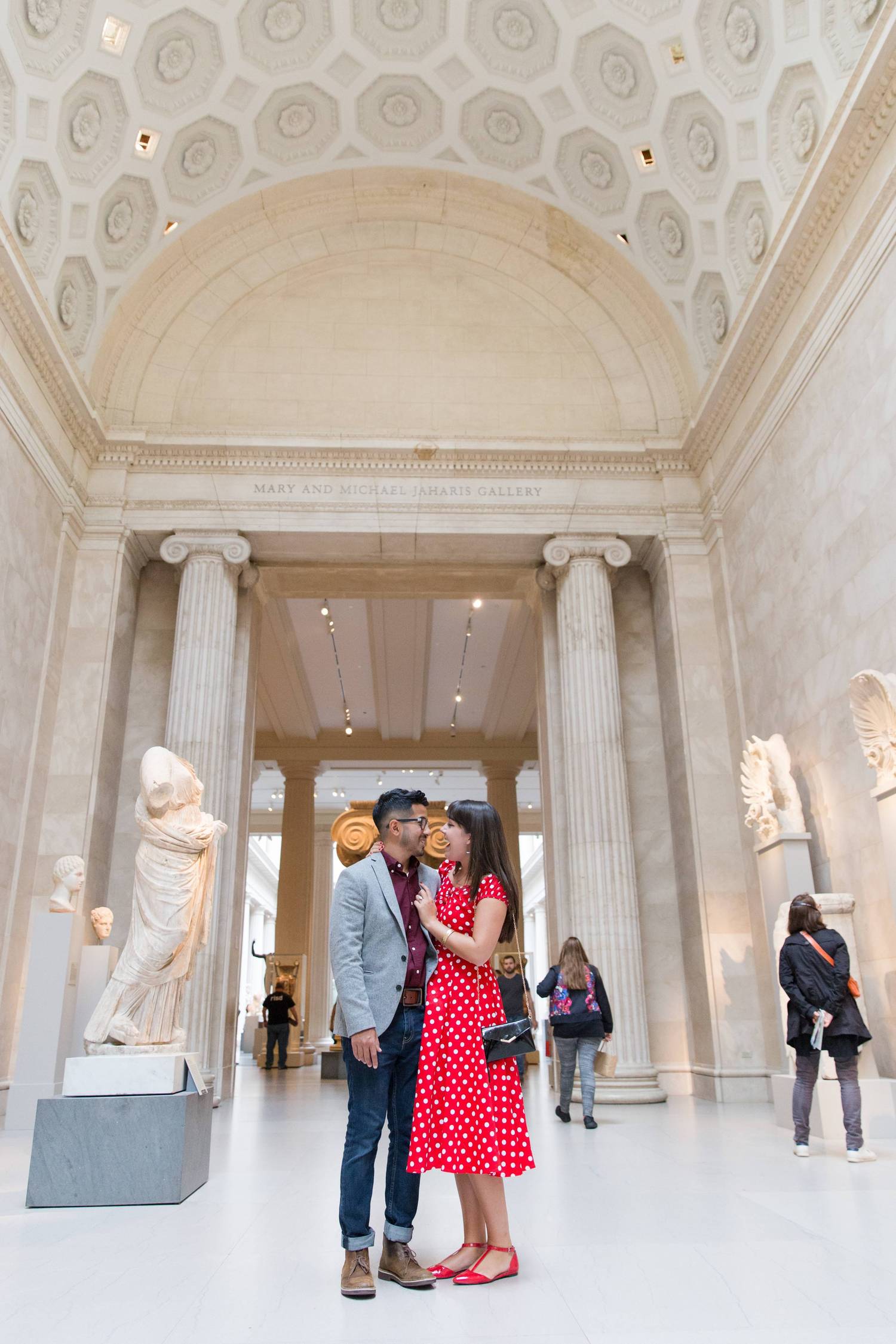 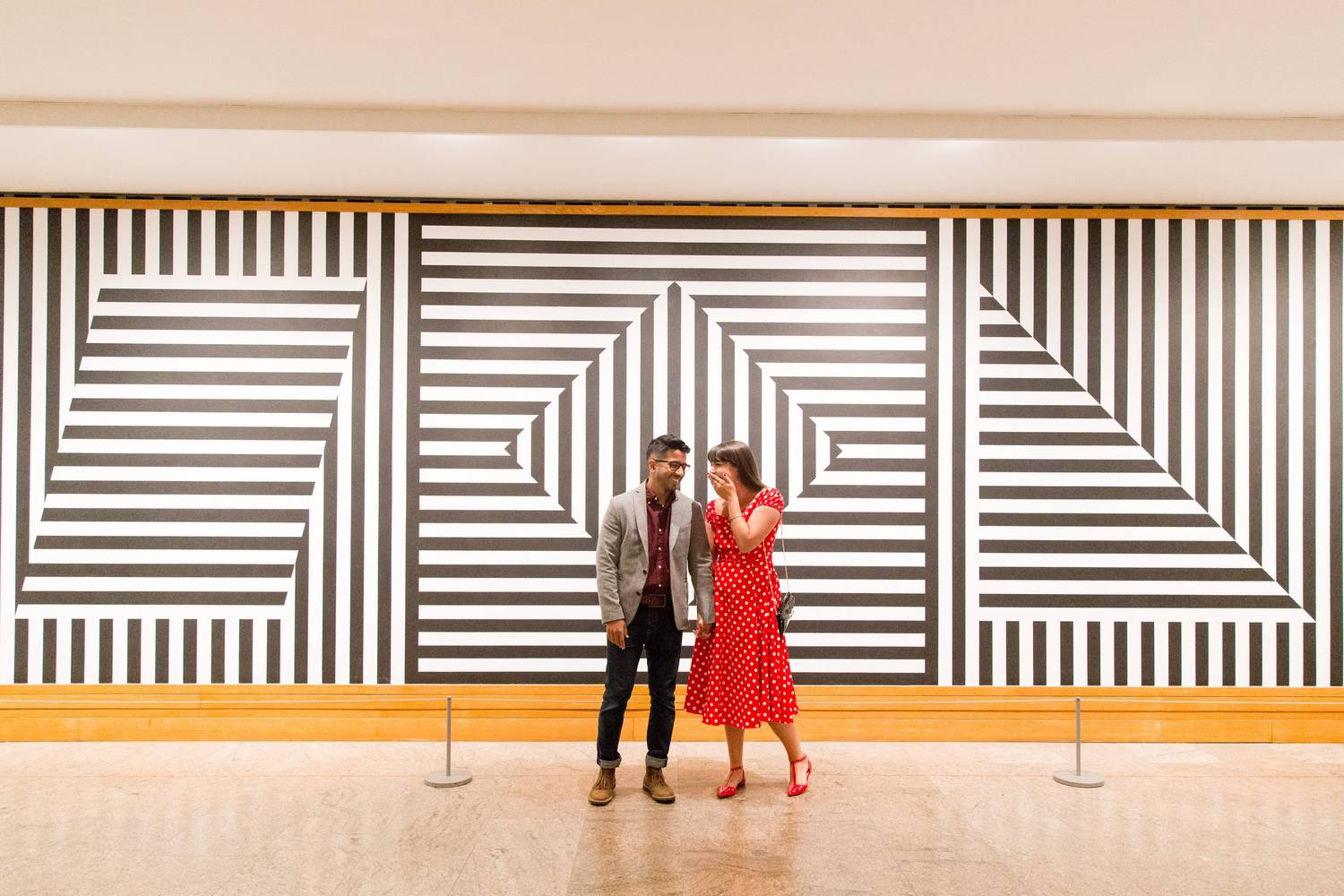 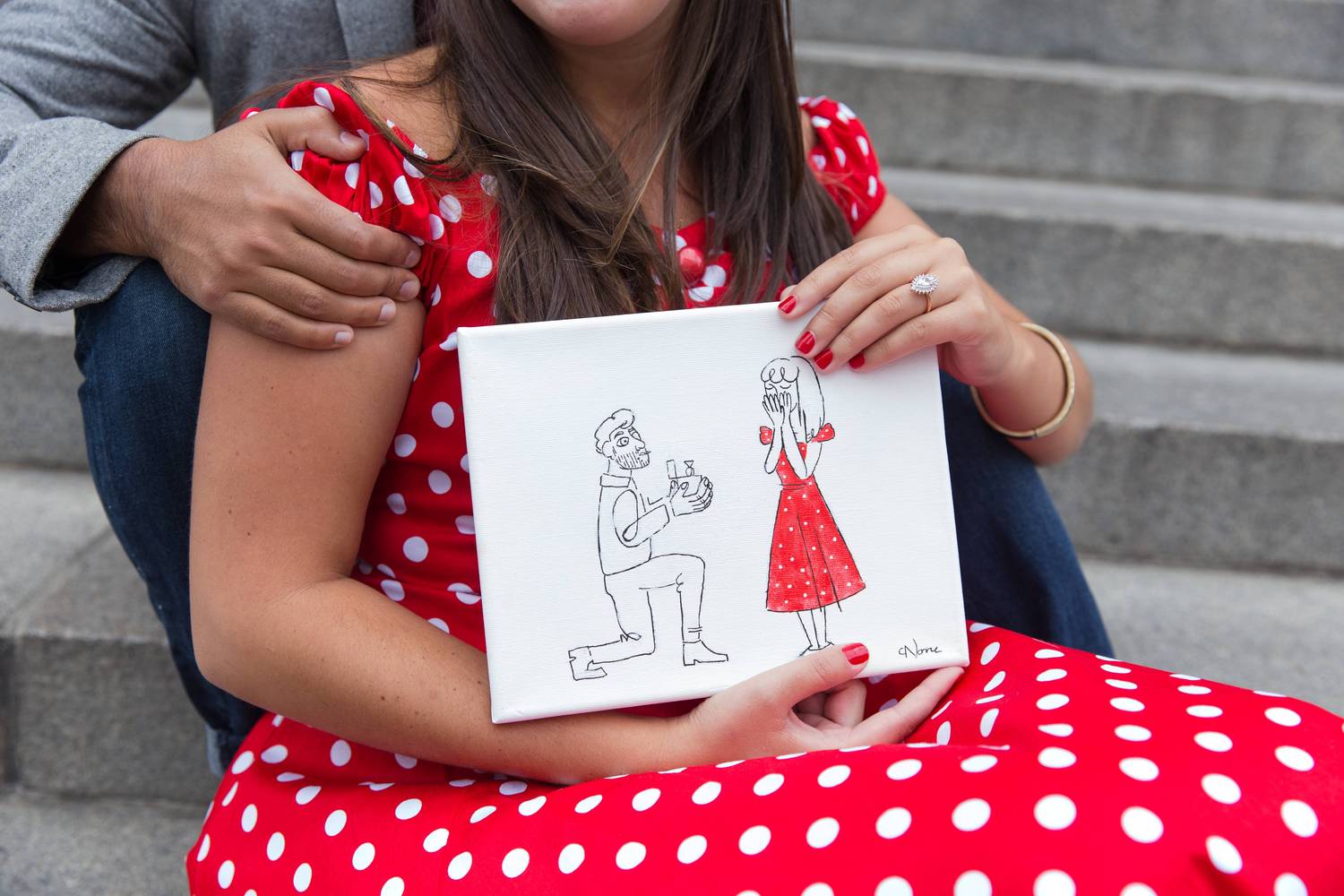 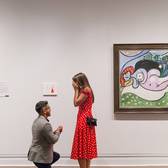 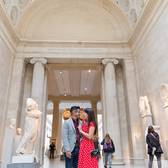 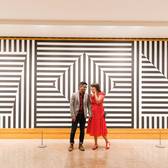 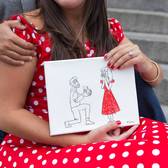 Preview the 'Michelangelo: Divine Draftsman & Designer' Exhibit Coming to The Met This Fall