Recently released by Brooklyn Borough President Eric L. Adams, this short video gives a tour of the borough's historic and landmarked Green-Wood Cemetery in just three minutes. Check it out!

Founded in 1838 and now a National Historic Landmark, Green-Wood was one of the first rural cemeteries in America. By the early 1860s, it had earned an international reputation for its magnificent beauty and became the prestigious place to be buried, attracting 500,000 visitors a year, second only to Niagara Falls as the nation’s greatest tourist attraction. Crowds flocked there to enjoy family outings, carriage rides, and sculpture viewing in the finest of first generation American landscapes. Green-Wood’s popularity helped inspire the creation of public parks, including New York City’s Central and Prospect Parks. 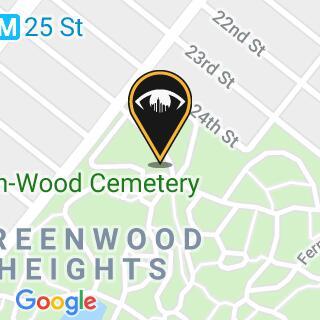