Covering 20,000 square feet on the side of City-As-School High School in the West Village, this recently-unveiled mural is now New York City's largest. Painted by renowned street artists Magda Love and Eduardo Kobra alongside students from the school, the colorful mural has been in the works for over two and a half years. Learn more about it in this short video from ABC 7.

The largest mural in New York City was unveiled Monday, a project in the works for more than two and a half years. It wasn't the painting that took so long, it was getting the permits. And now, the mural is bringing artists and high school students together in the West Village. 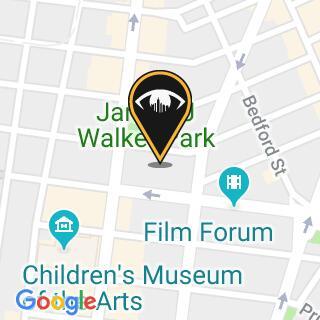