If halls could talk, this one would scream. Webster Hall is making its triumphant return to the New York music scene, but few fans know this East Village spot’s long history. Dating back to 1886, this hallowed space housed everyone from suffragettes to Broadway legends like Carol Channing. But in 1980, Webster Hall found its true calling when it opened as The Ritz — a downtown venue for rock legends and unsigned bands to let loose. “It was still kind of a run-down New York City sh--hole, but it was awesome,” Anthrax guitarist Scott Ian said. “It was our sh--hole.” With a little help from Jay-Z, Webster Hall reopened its doors on April 26, 2019.

Check out the accompanying article to learn more about the past, present, and future of the East Village's iconic music venue, Webster Hall. 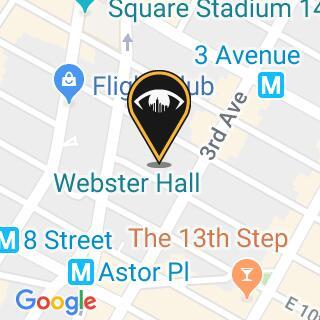