King of Falafel & Shawarma is a local middle eastern food restaurant in Astoria, Queens with three food trucks, all of which serve up some of the best falafel in all of New York City. In this profile video from our friends at Munchies, meet Freddy Zeideia, the "King of Falafel."

King of Falafel & Shawarma has been serving mouthwatering Middle Eastern cuisine on the streets of Astoria for the last 17 years. The falafel recipe, with its unique oval shape, is a guarded secret of owner Freddy Zeideia, who mastered it with techniques he learned while growing up in Palestine. After being dissatisfied with the falafel and shawarma offerings in New York, Freddy took matters into his own hands by starting King of Falafel & Shawarma in 2002. Since then, his enterprise has grown, with a truck in Astoria, a cart in Midtown, and a newly opened restaurant in Queens. 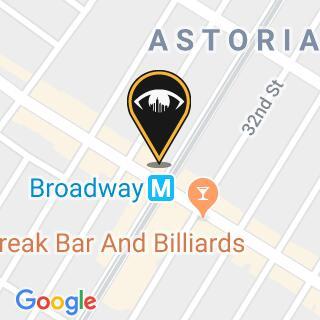