The Smallpox Hospital is an abandoned structure on the southern end of Roosevelt Island which is almost completely in ruins, yet somehow still stands. Built in 1850s to help keep New Yorkers with Smallpox from spreading the disease to others, the hospital was in use for 20 years before the epidemic subsided. After that, the hospital became a maternity ward, then was ultimately abandoned nearly 70 years ago. In this short video from Time Out New York, learn more about the history of the building, the island, and the conservation efforts currently underway.

In the 1850s smallpox was rampant in New York City. The epidemic caused the state of New York to build the first hospital devoted to the treatment of smallpox, The Smallpox Hospital. The hospital has now been abandoned for 70 years, with only its skeleton remaining 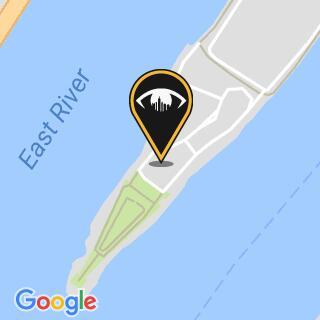 [WATCH] Check Out This 360° Video Tour of Roosevelt Island

Damnation Island, a New Book About the Fascinating and Dark History of Roosevelt Island