Local pro photographers James and Karla Murray have a YouTube series in which they explore neighborhoods around New York City from their unique perspective. In this recent video from the duo, watch as they show you the best view you can get of New York City for the price of $2.75.

We take the ROOSEVELT ISLAND TRAM to see the BEST VIEWS OF NEW YORK CITY TO & FROM THE UPPER EAST SIDE OF MANHATTAN for only the price of a subway ride at $2.75 each way. While on Roosevelt Island, we also visit the Four Freedoms Park on the southern tip of the island and see more amazing views of Manhattan skyscrapers and the Queensboro Bridge aka 59th Street Bridge and the borough of Queens, New York. The Roosevelt Island Tramway is the only commuter cable car in North America and the ride itself only takes about 5 minutes. We take the tram from the Upper East Side of Manhattan to Roosevelt Island and then back again so you can see the spectacular views each way! 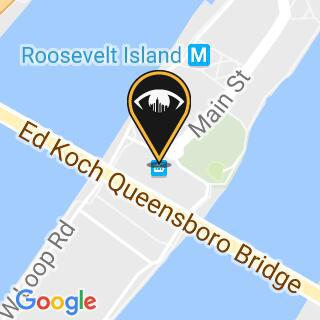