Originally opened in 1931, the Bayonne Bridge was shut down in 2013 to undergo a massive project to raise the deck by 64 feet, allowing larger container ships and vessels to pass below. Ofter 4 years of construction, the new bridge has now opened to the public. In this short time lapse video from the Staten Island Advance, watch the U.S. East Coast's largest container ship ever sail right underneath for the first time since the bridge opened.

The largest capacity container ship ever to visit the U.S. east coast, the CMA CGM Theodore Roosevelt, a 14,414 TEU (twenty-foot equivalent units) capacity vessel passes under the newly elevated Bayonne Bridge on its maiden voyage to the United States. Launched by French worldwide shipping group CMA CGM, the Theodore Roosevelt arrived in the New York-New Jersey port after transiting the new Panama Canal locks, as the largest capacity ship to use the passageway. 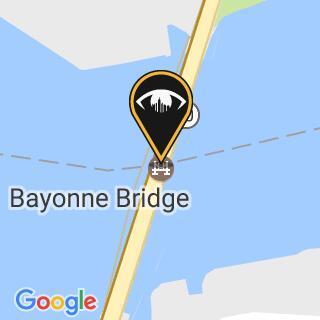