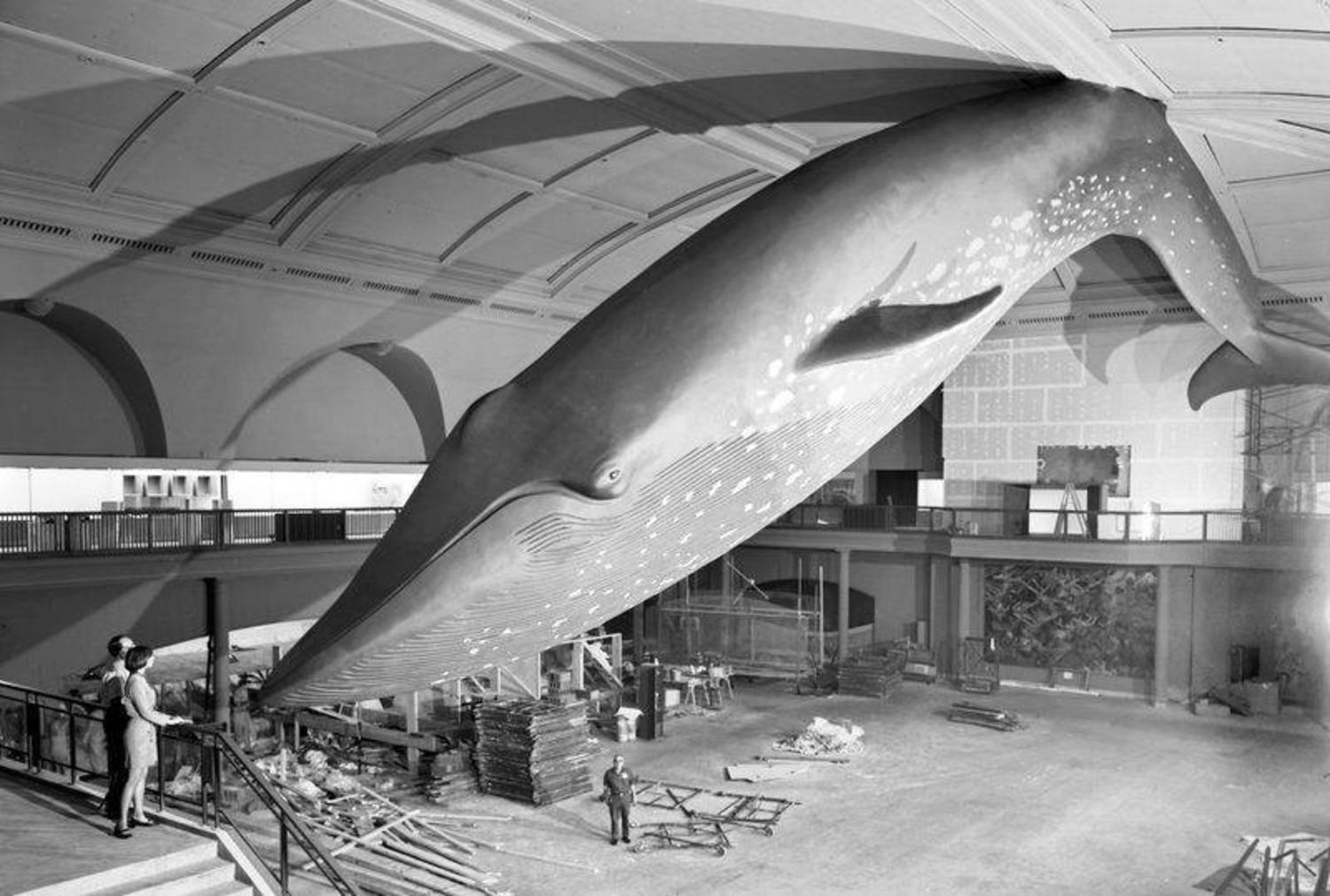 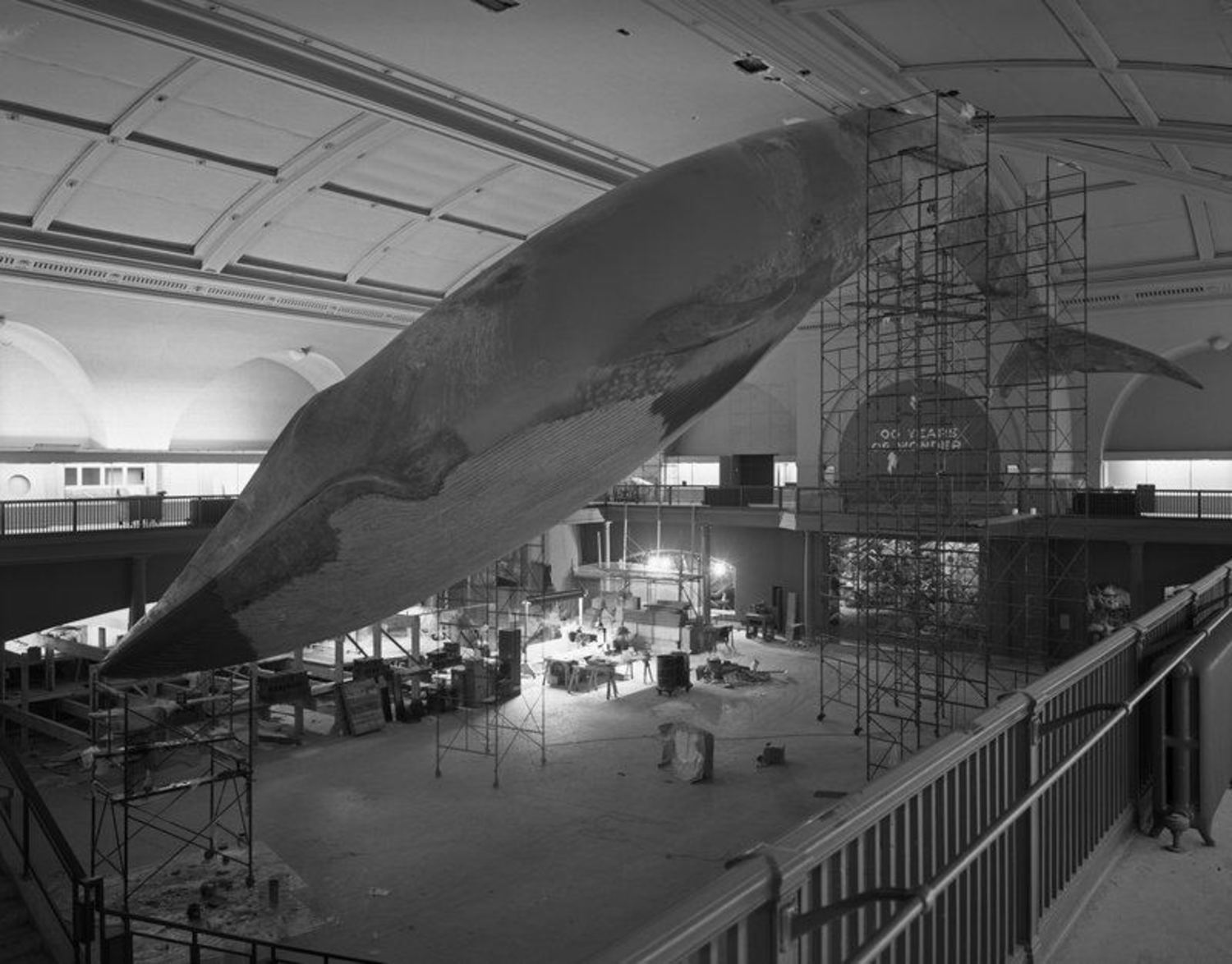 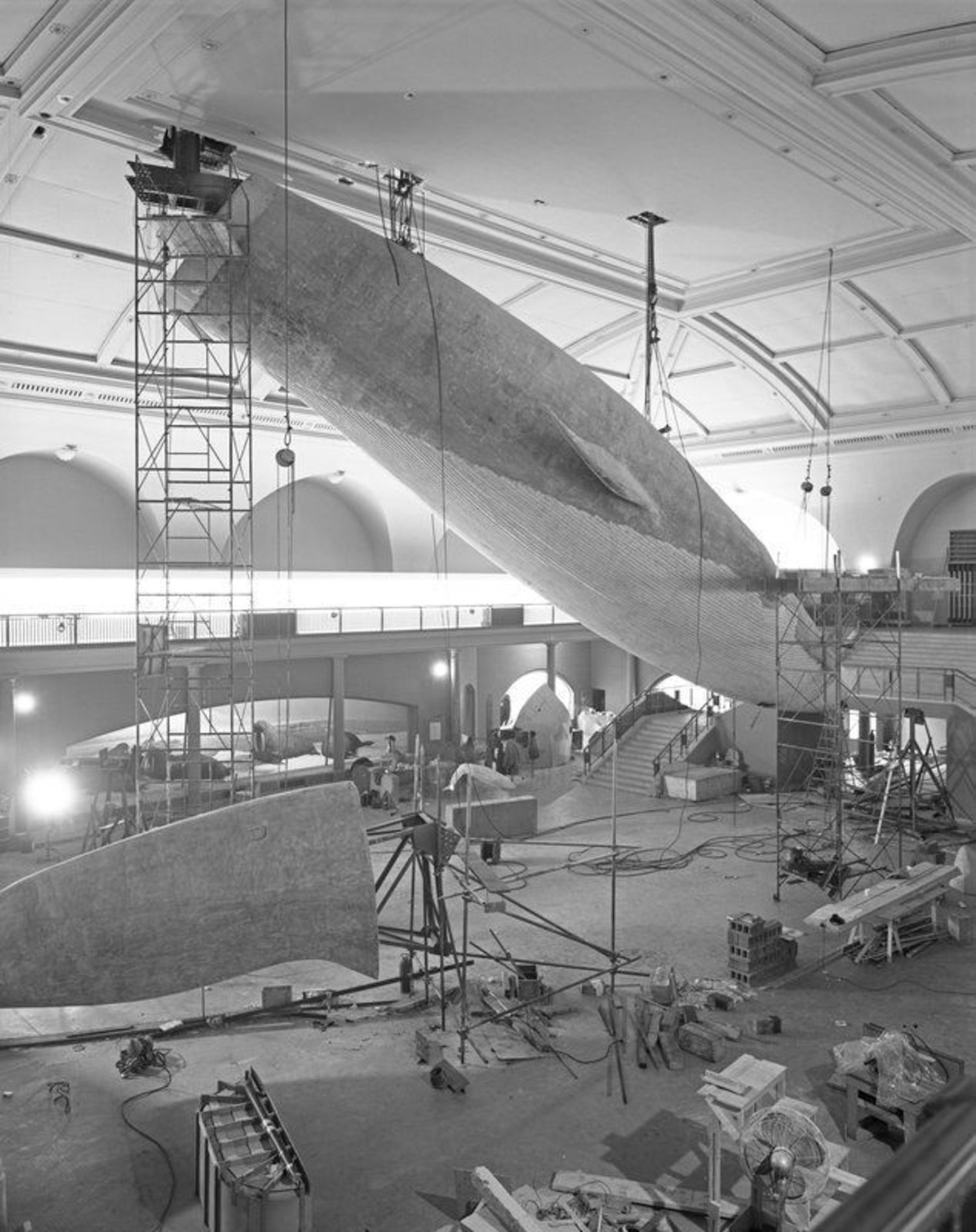 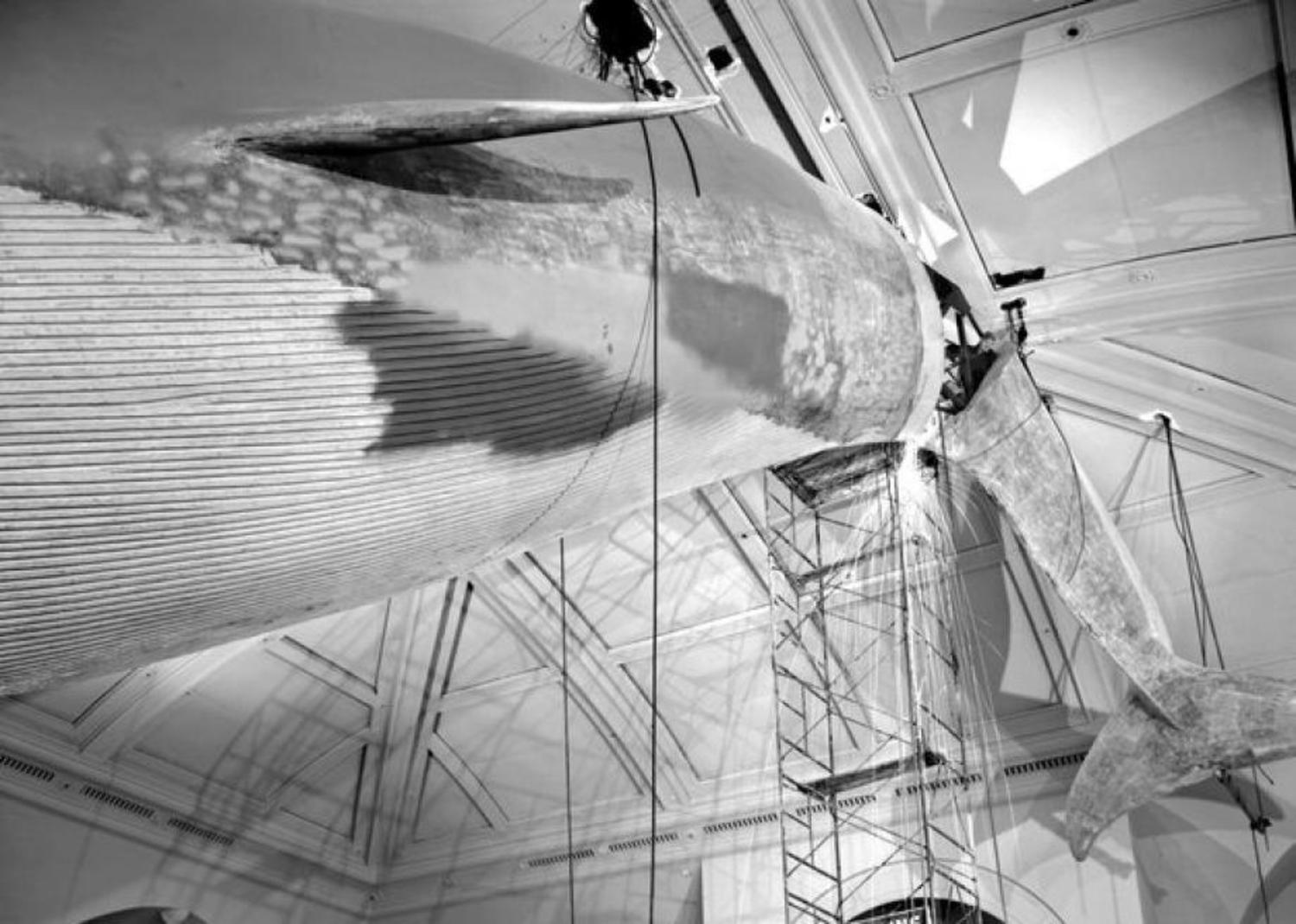 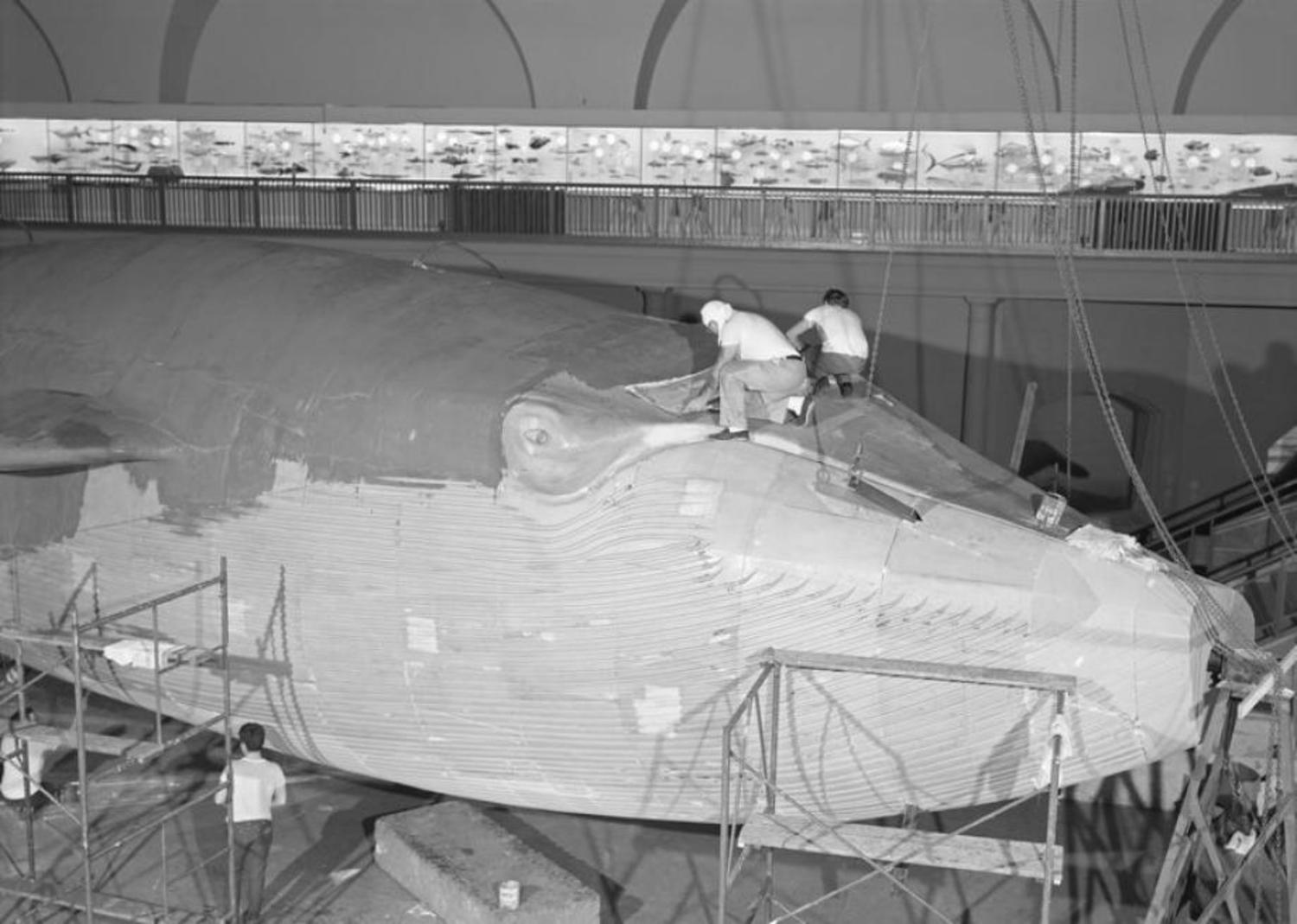 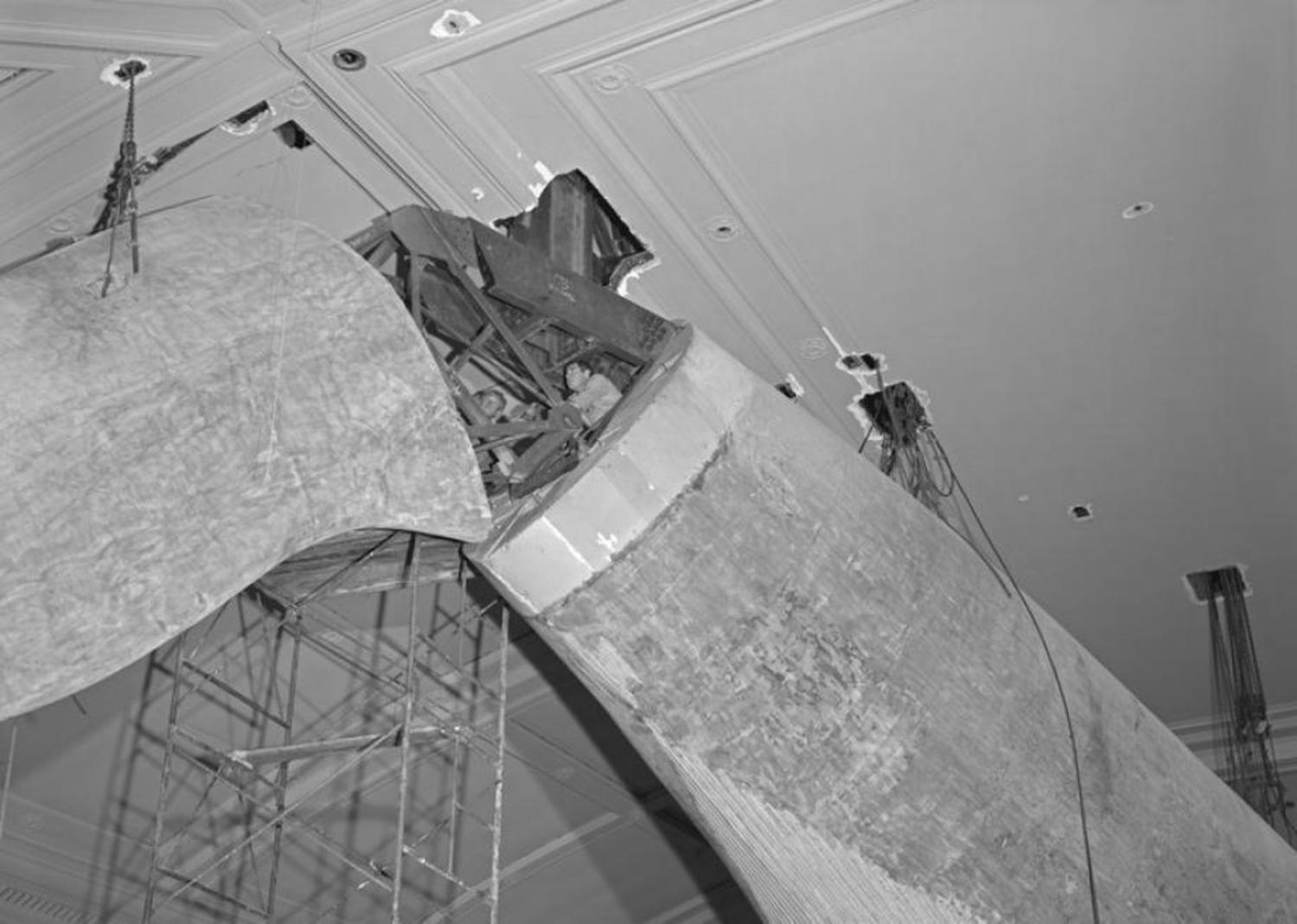 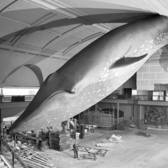 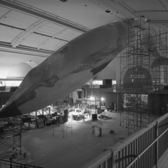 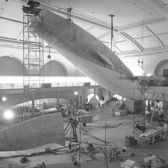 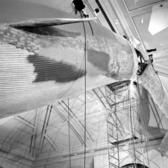 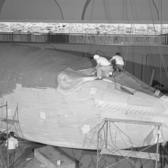 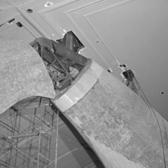 These great vintage photographs from 1968 show the installation of the American Museum of Natural History's iconic 94-foot fiberglass and polyurethane blue whale. According to an article on Slate, this wasn't the first whale to hang there in that spot.

The museum made the decision to overhaul its old blue whale in the early 1960s. The former inhabitant of the Hall of Ocean Life, a papier-mâché blue whale model that was hung in the early 20th century, had begun to look outdated.

These days, the whale remains one of the most popular attractions in the museum. You can even buy tickets for a special boozy adult-sleepover at the Museum where you get to sleep directly under the whale.